I don't think this link will work much longer but I saw a great debate between John Bolton and Tony Benn and others on the BBC's Question Time. Tony Benn's speaking in general was very passionately opposed to war as expected (“There is no moral difference between a suicide bomber and a stealth bomber; both kill innocent people for political reasons”), but he made an important point I think about forced regime change in Iraq that puts it into an interesting context:


Could apartheid have been solved by bombing Pretoria? And as a follow up, if Nelson Mandela had all the white leaders killed when he got power, would there be any chance of peace in South Africa?

The idea of bombing South Africa in the name of civil rights is of course ludicrous to pretty much everyone reading this I'm guessing. The question is why… My theory? Muslim power is a lot scarier than white power to the average Westerner. Obviously there's a lot more to it than that, but I think people have genuine difficulty relating to or imagining the day to day life of someone living in the Middle East, so it's easier for them to go along with atrocities against them even advertising dollars are spent figuring out how to market those atrocities.

Other than that, same-old-same-old… I wake up not knowing whether I want to lie there screaming or whether I want to lie there sobbing. But, I'm better at whining online than whining in real life, so I don't do either. I wake up, roll through whatever series of suicidal fantasies my brain's cooked up as the easy way out of this pain, and try and make them as nonsensical as I know objectively they are.

I read this morning that the government is taking the 5th in this recent manipulation-of-justice case. So if I understand it right, they're saying “yeah, we broke the law, but you have no right to the records, and the US Constitution protects us from having to tell you”. Not that this is unique or the only example, but basically the government is using the Constitution to act criminally and undemocratically against the US people? It's one thing when the government says that they discuss their actions under oath or in public, but when they just give up and say “yeah, we're criminals… what are you going to do about it — we're the government,”.

There's one thing and one thing only that protects the people against the US government (or those that control it) falling back on the Fifth Amendment — and that's the Second Amendment. Don't believe me? This hilariously scored video repeats the claim.

Other than that I watched Thin Red Line while I worked this morning… Great movie, but it always makes me want to “get out” of this world to a more noble way of living (I'm talking about the islanders, not about wanting to join the Legion). I wonder though whether concepts like “noble” or “honor” are just facets of narcissism and the idea that what we believe is more likely to be correct than the beliefs of others… Either way, that's how it makes me feel.


Maybe all men got one big soul
who everybody's a part of.
All faces of the same man.
One big self.
Everyone looking for salvation by himself.
Each like a coal
drawn from the fire.

I don't think it's war that turns people bad, because I don't believe that “war” is a natural state, so it can't be a “cause” on its own. In my opinion it's greed and ego driving almost all conflict, both large and small… And right now we live in a culture that really emphasizes the value of both of those things, and I worry that the conclusion will be very unpleasant for those that choose to stay on that path. Not that I have a solution other than “stop fighting about stuff that doesn't matter”.

I mean, I like driving a gas guzzling car and all, and I like occasionally playing the spectacle, but really, what do we need? Neither of those things certainly. I want clean water, good food, shelter from the storms, and love. Anything on top of that is icing I figure. 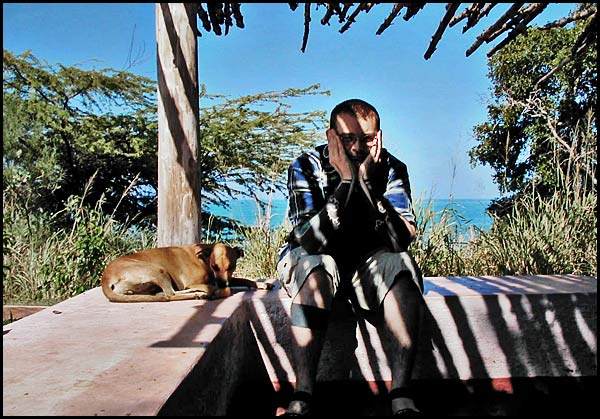 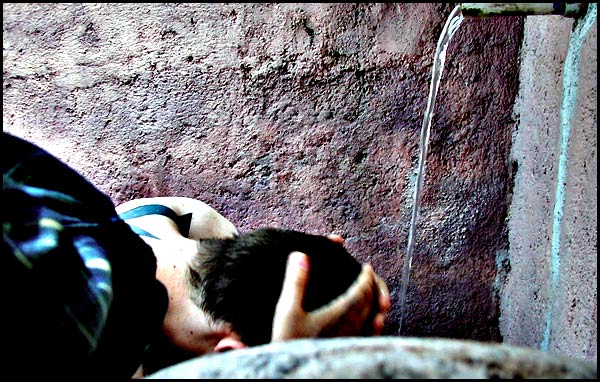 I think I bruised a rib or something today… I definitely won't be coughing for a few days. Basically I had to choose between having something hit me in the side of the chest really hard, or having it hit someone else in the knee even harder, and I figured a knee would sustain a lot more damage. Definitely the right call, because unless I'm about to have some Harry Houdini-esque demise because I can't feel my injury because I'm too used to chronic pain, I'm pretty sure I'm not that badly hurt. Still, ouch, and it kind of sucks having to lift Nefarious into a jacked up truck, ha… 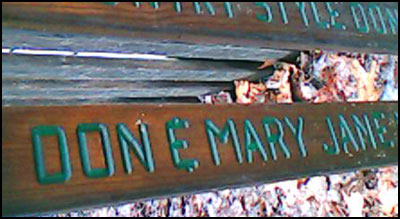 I know I always say, “sorry for not posting,” even though I know it's not something I have to do, but sorry for not posting. I have two new pains in my leg that are fairly constant, a sort of a dull pain that starts in the tumor or the knee and extends down my shin inside the bone, and then a pain that feels like it's in the tendon above the tumor, but if I move the tendon, it seems like it's below it, so I'm thinking it's actually a phantom pain because I can't really physically locate it or touch it. But they both suck a lot because I haven't yet figured out how to change them so I can't move my leg around to stop it. I guess though that it's probably obvious if I'm struggling to post that I'm struggling offline.

I have sort of a sick fascination with reading all these stories about suicide that are in the news all the time. I think I read those stories, and stuff about breath-holding, pain control, and so on, because I'm very interested in people's breaking points (and my own — obviously if you deal with even minor constant discomfort, your brain does occasionally run over “easy” ways out). Like the guy who killed himself on a webcam after a car accident and divorce, a story about why smart people are unhappy, how acne increases suicide rates, female soldiers in Iraq committing suicide to avoid rape, and on and on and on. I worry that suicide rates are going to spike over the next fifteen years, as the self-worth bubble bursts, I think we'll see a lot of people who've backed themselves into corners emotionally and otherwise, and I'm not really sure that there will be a good result for most people when you combine that with the sort of narcissistic nihilism that covers Western society.

My big hope is that the ability of new technologies to foster genuine community (not artificial or temporary communities, but real communities with people who care about each other as real people, rather than bits of entertainment) is faster or more powerful than it's ability to encourage isolation… 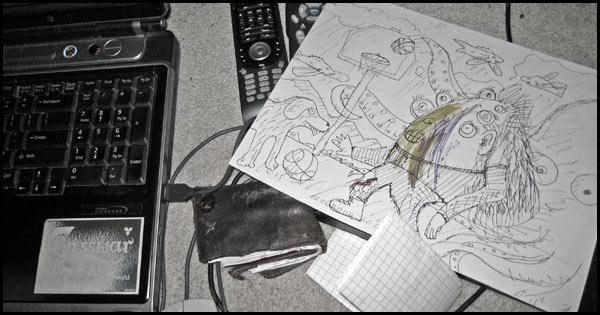