Well, it looks like people want this made… Final confirmation in a few days, but I'm thinking of doing the four colors below, and using glow ink on the black design. I hope I'm not going to hell for this one! 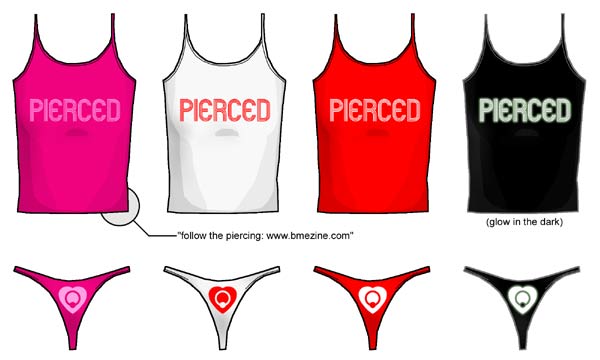 Americans should read this. Understand that you are not living in a democratic country. You are living in a fascist plutocracy. You have very little in the way or rights or freedoms, although you do have plenty of illusionary freedoms (so as to keep you proudly buying high-fat food and pouring gas into your SUVs I suppose). I say this not to point out our collective faults; I say this to remind you that things are going downhill quickly.

What can you do? Let's start with two real simple things:

Those are two very little things, and they're easy. They're not particularly radical, and you don't have to be a black flag waving anarchist to do them. There are thousands more, but if people consciously did only the two things above, the face of the West would change dramatically.

Again, I am not saying America is a bad place. I'm saying that there are evil people illegally in power who are using the average citizen to further their personal wealthy indulgance. These are people who not only put themselves in power illegally, but who were complicit in killing nearly 5000 Americans on September 11th, and then somehow escaped blame (if you missed the links on this, click here). Now they're talking about taking even more money from the average citizen for “defense”, and asking ALL young people to serve two years of “Universal Service” after highschool.

If you live in a Western country but are patting yourself on the back because you don't live in America, don't be so hasty… America may be on the cutting edge of wealthy corruption, but it is by no means unique. The entire West is going downhill, and the governments aren't helping. Private citizens can and must stop this process.

I'm not telling you to protest or revolt or declare war on the state. Personally I don't think that acheives anything, and “they” are far more powerful than “us”, and, overall, control the media — and, more importantly, have the legal authority to shoot and kill you should you break their laws. Don't declare war on them — they will win. Subvert their system, and use it to our mutual advantage. Make power valueless.

Of course, that's when they declare war on us.

You can do it too.

We just got the latest real estate catalog in the mail, so I wanted to share with you a few properties near us. All of these are aggressively priced, and within a half hour of our property. I've listed approximate US prices below them, and some details. If you want the full picture, I highly recommend dignam.com.

All of the below properties should be zoned for building:

But that's odd — a bag? This is actually how the guy sent it… I half considered that it might be some sort of bomb. Hmmm… a box inside. It could still be a bomb, right? (At least I got a nice bag)

Ah! INTERVENTIONAL PAIN MANAGEMENT, a book I'd bought on eBay. $10 and I get a brand new medical book ($200+ probably), and a really solid bag. Very cool stuff — things I desperately need to have access to answers to. Whee! The first present, WILD FRUITS by Thoreau.

How to Stay Alive in the Woods — If only this had come a week earlier, maybe we could have travelled deeper into the property. Cool — this one even came with wrapping. I am a huge E. M. Cioran fan… I can't wait to read this.

I wanted to make a comment on the medical book above. Since almost immediately after I became heavily involved in body modification I began reading the associated medical texts. The procedures being done today by practioners are very similar to medical procedures. When doctors learn these procedures, they don't just apprentice and practice. These texts are required reading, and for a reason.

I am extremely disturbed that most practioners of pseudo-surgical procedures seem to have little interest in doing any research. Because of this, I'm doubly forced to do it for them, and share it here with the public. As such, it publicly disgraces a number of well-liked and well-respected practioners.

Do I feel bad about that? Sure. But I'd feel a whole lot worse being part of a conspiracy that hid the dangerous core from the public. It is inevitable that a surgical practioner will eventually be taken to court when things go wrong — it's just a matter of time. As such, we must prepare. It's similar to sterilization — piercers and tattoo artists are so up for scrutiny that they (at least the good ones) adhere to a level of sterility that generally surpasses that help by dentists and doctors.

Again, related medical books sell constantly on ebay at a tenth or less of list prices. If you are a practioner, you have no excuse for not educating yourself.

That reminds me — at least some good is coming from talking about these risks. The forum where this was discussed got deleted by the owner, but after I brought up the tissue resporption issues at least one person took out their sternum implant. Even though they were only two years old, all tissue underneath had been eroded, and there was a depression in the bone. Imagine if he'd waited ten years to remove this?

Finally, let me say for the millionth time: I do not think people should stop doing these procedures. I just think they need to be responsible.

PS. If you want to see what's getting put inside people, Bryan just posted a pretty freaky picture of his.

Remember that nazi dope that sent in pictures of his pro-hate tattoos? Well, he wasn't too happy that his pictures were turned down, so I just got this message from him (incidentally, it's amusing to note that a couple people deleted themselves from IAM because they felt I was suppressing his right to free speech):


From: aaaboy16@yahoo.com
Subject: NIGGER!KIKE!FUCK U!!
Listen to me you fuckin kike. Fuck you. I don't give a fuck, go fuckin burn in the oven you nigger. Don't put the picture up piece of shit nigger loving white kike nigger. !....'.'.'.'