I finally have Ed's book ready to go — I know there are a number of you that have been eagerly waiting for this for some time now, and I apologize for taking so long to get it laid up. I just have to do some work with the images, proof it, and then it goes to press — so expect it to be available via BMEshop and BMEbooks soon. 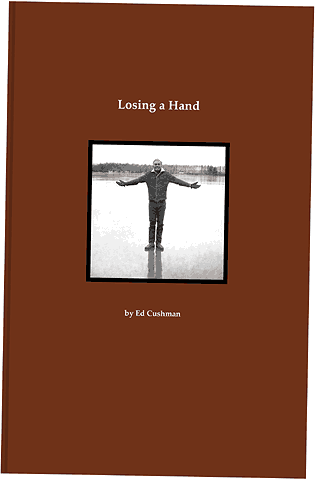 I'm also very happy to say that we've now finally made agreements with distributors in both Canada and the United States, so expect the ModCon book to make it onto store shelves across both nations! World domination, right?

PS. And this was shot long before gay marriages were common.

PPS. If you tell me it's on the wrong finger, you're spoiling my fun! 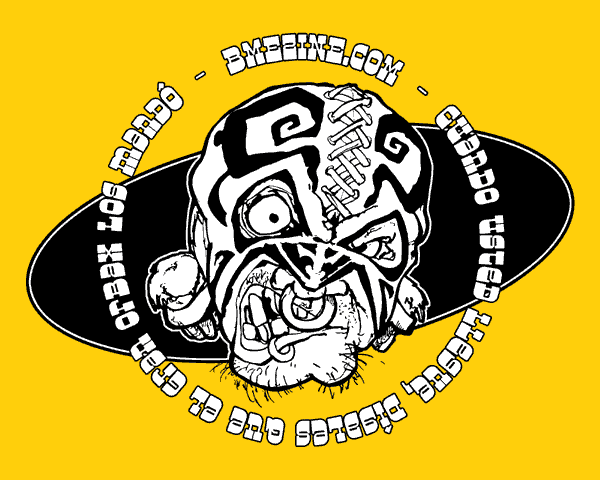 The text says, in Spanish of course, “BMEZINE.COM – Cuando usted llegue, dgales que el Gran Orbax los mand”, which in English means “BMEZINE.COM – When you get there, tell them The Great Orbax sent you.” No decisions have been made yet as far as what the design is being used for — should it be a BBQ shirt? Maybe some sort of reward shirt? A BMEshop design?

Over the past month I've been getting all my finances caught up so I can transition from doing them largely myself (with help from my accountant of course) to having a business services company deal with it (meeting on Thursday afternoon to do that, let's hope I remember). I can't even begin to describe how physically ill it makes me to have to worry about money. I despise it. I'm sure many of you feel exactly the same way.

I'm very good at the things that I do — mostly because I love doing them. But I hate — I mean, really hate, business and especially the bureaucracy that goes with it. It disgusts me to be a part of those processes. Unfortunately there are a number of things (and people) that are important to me that I need to generate some money to do, so I'm stuck doing it. I spent the afternoon sorting receipts and trying to ()(so far unsuccessfully) find my records from inside the moving boxes so I can hand them off and get this stuff out of my hair (and into more capable hair). When it's all over with I'm going to be very relieved.

Some good news at least is that I have the BBQ shirts in stock, so barring one of the stupid dogs (realistically my single largest sources of stress and irritation next to finances) wrecking them, at least that problem is out of the way… Here you go:

That said, I'm going to go through them and see if there are any misprints. Luckily this time they were early so such and issue could be handled with minimal stress. Now back to Quark XPress to try and get the next book ready for press. I'm shooting to have it ready by week's end.

So I've finally started putting useful keywords into eliza's knowledgebase, so she can now answer a few questions about IAM and page maintenance. It's a really simple keyword based system so the results aren't amazing, but it's useful for doing things like asking “how do I add a tracker to my page” and stuff like that.

That said, I found this conversation snippet hilarious:

Oh, and I guess that the Texas BBQ must just be starting to roll, and the London BBQ is probably just ending. Two huge BBQs in one day, and then next weekend is the Toronto BBQ… Working on a good playlist now!