So yeah, like I said, I got these new sets of stickers, and the one pictured below is one of the sets that I have. A bunch of them will go out with shirts as I mentioned, but the rest are going to go out to the verified pros on IAM (so go visit one of them at their shop if you want some). If you're a piercer or tattoo artist and want these for free, and haven't already registered your shop, please do! Just follow the “apply” link. And yes, I know that the map and a couple other parts of that system are broken. It's on the list of things to fix. 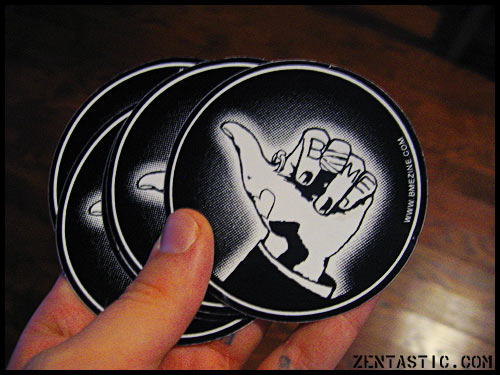 Oh, and becoming a verified pro makes your IAM account free as well (so you can give your coupons from pictures to friends and customers)… So yeah, if you know a piercer or tattoo artist that hasn't registered yet, let them know… I hope everyone has gotten the first batch of stickers I sent.

You know, say what you want about the World Weekly News (tagline: “the world's only reliable newspaper”) — which as a point of trivia, has shared writers with BME/News — but at least they have a sense of humor, unlike the Sun (tagline: “God Bless America”)… although I am interested to find out who will be going to heaven and who won't be.

My guess? The Sun predicts the only one going to heaven is dude number three, and I am quite certain they don't expect to see the dudes on the left and right square dancing with Jesus, or whatever it is that good Christians do after they die… And dude number two? Wow are they fantasizing about quite an adventure in store for him.

I had to mail a bunch of stuff today and the street was pretty packed when I was pulling out of my laneway. I didn't feel like waiting for traffic, so I just gunned it and merged into traffic at full speed. The car fishtailed a little (I was worried the rear was going to clip the curb because I drifted into my lane at about a thirty degree angle) but it was no problem… I love driving a fast car, even though it may well be the death of me and several others one day. 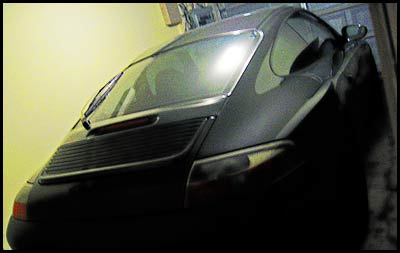 Speaking of cars, I was looking at this ridiculous pedalcar “humancar patented technology“. They claim they can hit 60mph downhill (big deal) in their sillymobile. Let me explain how to build a multi-person car that actually works and makes sense:

[edit: Admittedly, this would require a highly efficient pneumatic driveline!]

So basically what you have is a system for storing and releasing kinetic energy. Oh, and as a point of trivia, while this is a very low horsepower engine setup in most configurations, it has almost unlimited torque (it's basically a steam engine with a different method of creating pressure). That said, you could also do the store and release of energy with springs, pneumatic systems, even large spinning heavy discs to store energy inertially (some of these methods can release direct to the drive system, some would need a light CV transmission). Direct pedal drive is the most efficient of course, but it has no ability to store energy which is a serious shortcoming in my opinion. But I digress.

Anyway… so I get to (insert mega-chain here). I went there because it was in the same neighborhood as some electronics I had to pick up, and they have a big sign outside saying that they're a postal outlet. So I figured I'd kill two birds with one stone. I bumped into a friend of Marty's that had been at one of the old suspension barbeques here, and then went and got some big padded envelopes to mail with. I filled them out, waited probably fifteen minutes, only to be told they don't do postal service.

Nice. As if I have time to throw away. So I took the unpaid envelopes and walked out of the store. Big corporation, small theft, small consolation. Next time, I'm burning the place down red swingline style.

Other than that, I'm a cheap bastard whose 1gig memory card broke (the case shattered in half and the guts fell out, and the lock switch got lost). So now it's all glued back together with a sticker blocking the lock, and it seems to work. Oh yeah, and I manually entered 6,200 studios into my database today. I've got about 28,000 left to go and I'll have all of the studios on BME processed. Argh! ARRGH!

Finally, if the cover photo didn't make it obvious, I've posted experiences. Thank you to everyone who helped out. Now to answer a few messages and wrap up for the day…

I was sitting out front of the house the other night with my brother (he was cutting 4″ PVC tube so I'd have a more useful grip on my pullup bar) and a chubby racoon hopped out of the fence and wandered over to us, sniffing around the edges of the houses for garbage. Jon noticed one of the raccoon's lazy relax-in-the-sun places on a chimney in the houses south of us. Click for a closeup if you want. 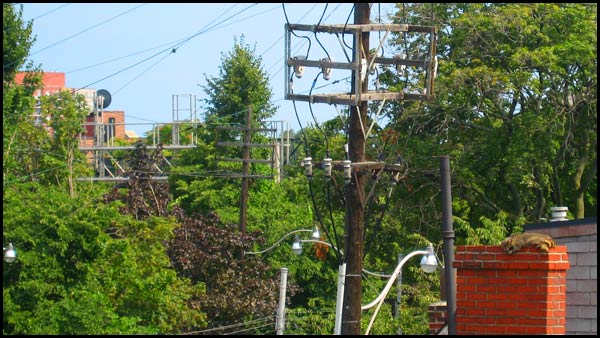 I'm making a few software changes to the way images are processed (running an experiment!) over the next week or so, so I might not be able to get the update posted tonight. I've been debating changing some of the image quality guidelines, so Phil and I are fine-tuning the software to handle that.

We cleaned our house top to bottom today because Nefarious is back soon from her adventures with Rachel and her grandmother. Other than that, I'm continuing to plug away at this database project, but somehow I've introduced an error in one of my string parsing routines that's making me bonkers, mostly because I can only test it at a late stage in the build, so every time I miss a bug I waste ten minutes watching a build crash.