I'm currently writing the new version of QOD (version 3.0). It's the last element of the “live” part of BME that is still using file formats that can't scale easily. Anyway, if anyone wants to write a Windows/Mac/Linux client for it (so people can download the QOD database and then browse it themselves), I'd be glad to provide the specs for the file formats.

Something like this wouldn't be difficult. If people find it useful, maybe we could even throw together a downloadable version of the glossary and the other systems. I'd be glad to write things that let you download database updates and all that…

As soon as I have a spare moment I intend to start teaching myself Chinese. As I mentioned before, I really feel like I'm missing out reading translations — there is so much both about the way the language is written and spoken that can not be translated. I already speak a handful of languages (not that well, but well enough to have some insight into them), and I know, for example, that even with my limited understanding of Hebrew, I really appreciate reading things in their source language.

Anyway, maybe I'm just concerned that I'm not understanding my new favorite movie, Shaolin Soccer… Seriously, if you haven't already picked this up, I can not recommend it highly enough. Here are some shots from the start of the movie. It gets far wilder as it progresses:

Finally, a number of people have sent me links to yet another piercing record attempt. Let me make something very clear: The world record for most number of piercings in one day is 6,000. 420 is very impressive (and a great number to choose) and my hat's off to Nathan for that, but it's not a world record.

I'm getting so sick of this. Maybe at the May 20th BBQ we should shatter that “record”. Does anyone think they can handle at least a few thousand needles?

A decent sized image update is uploading now. It's 500 images and change I think… You know, it's amazing how “common” male genital cutting is becoming (I'm not complaining, I think that's great). Almost every update lately has great splittings, inversion projects, and subincisions. Here are a few from this one (the ones on the site are bigger and less compressed of course):

I got a really nice review of the ModCon book:
“Edgy, in a time where nothing is edgy anymore.”

Since the talk of a BME membership being required for IAM access, there have been a number of people who are extremely upset (to the point of deleting their pages here) because BME only accepts body modification stories. Sorry, but that is not changing. BME is about body modification, and no matter how good your writing is, it can't be used if it doesn't fall into that sphere. Complain all you want, but it won't change. BME will continue to be Body Modification Ezine, not “write whatever you want ezine”.

There are other online communities that don't require you to have an interest in body modification. Subkultures.net, which uses an interface based on IAM so it's easy for ex-IAM members to use, actually has made posting body modification galleries a deletable TOS. Ultimately, if they survive and grow to a similar size and functionality as IAM, they will have to start charging, but for now they're free… If you don't like body modification, and fell into IAM for other reasons, you may enjoy their site.

Anyway, fact is that having a site here — or anywhere — costs someone money. If you don't feel like you should contribute (photos, stories, whatever), then at least answer to yourself the question: “Why does Shannon have to pay for my access? Why is he responsible for paying my bills, and why am I not?”

It's easy to make the case that you've been a good member, but that still doesn't pay the bills. If you have a good answer for that question, feel free to let me know. 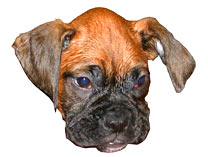 A difference of opinion?

Honor God with your body.
I Corinthians 6:20
Now, to me, that says, go, get pierced, get tattooed, and have fun — when you celebrate your body, you celebrate God's creation. Let's look at churches over history. Compare the architecture — and the philosophical statement it makes — between early Romanesque Churches and then the big Gothic Cathedrals to the opulent Baroque styles and then with modern churches.

It's quite clear that the Christian God makes very little statement about the correctness of any particular personal style and expression (outside of things that are obviously wrong on a universal level). Yes, it was emphasized in the laws of Leviticus and other older texts, but was very clearly overturned — because Jesus understood that laws such as these are designed to suit times and are not universal truths.

Now, some atheists choose to use quotes like this to discredit the Bible through some foolish straw man argument — but the truth is, Jesus was a revolutionary, a terrorist, and an anarchist. This statement was about the destruction of a way of life, and it's replacement with something more “true”. He wasn't an ignorant thug though — he was idealistically fighting to overturn outdated laws that effectively spread lies about the will of God (as well as on a more objective level, misleading and abusing people).

Now, I think you all know that I don't have a high opinion of what Christianity has become, but I have far more disdain for someone who tries to warp its teachings to suit their personal goals. Let me be very clear about this: God doesn't care if you're tattooed or not. It's simply not His concern. Anyone who tells you otherwise, under Christian doctrine, is quite clearly operating as an agent of Lucifer.