The main body of this salad contains approximately the following, although it could be modified quite a bit… the gist of it though is that it’s a mix of shrimp, tomatoes, and rice, with other vegetables added as you like them:

The dish is served cold so the shrimp and rice should be cooked in advance. Total cost for the above for me was just over five dollars and it serves two to three people depending on hunger — just mix up the above and add a light dressing. I had already made the dressing in advance for another salad that was a mix of 1/4 mayonnaise, 1/4 lime juice, 1/4 balsamic vinegar, and 1/4 olive oil, with a little red pepper and sea salt. A delicious, inexpensive meal. Terrible photo unfortunately… 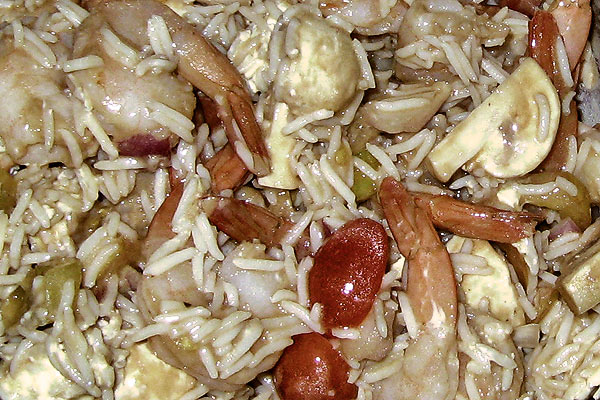 I read about how the DMZ, the border between North and South Korea has become an amazing nature reserve because for the last half century this quarter million acre zone has been virtually untouched by humans… not many other places on the planet can say that. I’ve read that to some extent the area around Chernobyl has similar characteristics.
But in the city? The closest we come in the core of the city are the small strips of land surrounding the railroad tracks, which like Chernobyl, are a little polluted, but go through wonderful bursts of growth as their maintenance is neglected for long periods. For the many warehouses that dot the tracks, this also provides good cover for artists who choose to improve property values. 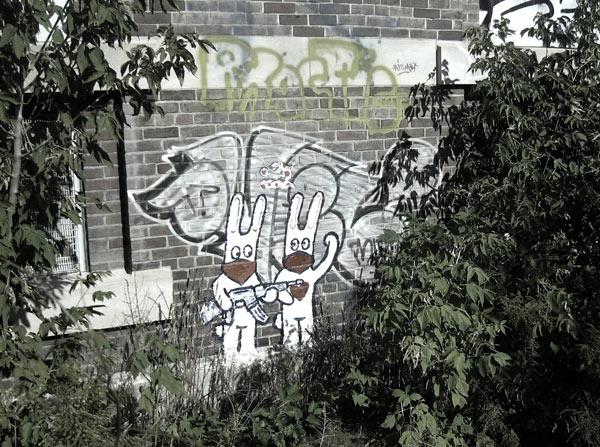 I recently did an interview with Bizarre magazine about how I feel about body modification and what BME is all about. I'm happy that they quoted me fairly accurately. The issue is on the stands now but here are some small scans of the interview. No matter what happens with BME, I hope that this stance is respected. I like this quote though.

Today I fried up some orange pepper, red onion, and garlic in an ultra-simple lime-chipotle sauce. This was mixed with some lemon, currant, and nut couscous, and with fresh (the following ingredients were not cooked) green onion, grape tomato, and avocado… On that was a light olive oil, sea salt, and lime juice dressing. Very easy, very delicious, very vegan.

I'm in the middle of editing a very long interview about body inflation (mineral oil injection, saline, air inflation, pumping, and so on)… In its current form it's over twenty pages long. I have to decide whether I'm going to hack it down quite a lot, or maybe publish it as a two-parter. My brain was a bit frazzled from it all so I took a walk down the tracks… 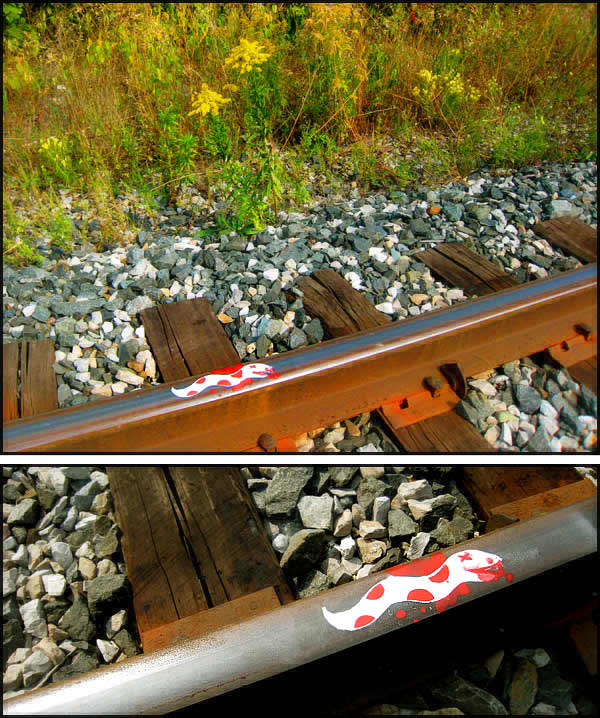 I have to go renew my various license stickers tomorrow… I'm dreading that because I know I have a pile of parking tickets they'll make me pay before I do the renew. During the period that I didn't have a street parking permit I got far more than I'd like. If I have time after that and the day's work I may start on a new painting on one of the deserted warehouses in my neighborhood…