So I'm back now to reading a book or so a day… Yesterday I read much of The Contrary Farmer which in its introduction points out a very common misconception. We're always told that large farms are more efficient than small farms… These comparisons usually put a 50 acre farm up against a 1500+ acre farm. However, what they don't compare is farms under three acres in size. These miniature farms are generally an order of magnitude more efficient and can be highly profitable. For example, they cite some friends of theirs that are grossing $250,000+ annually per acre purely off of salad.

I'm also currently reading The Food Revolution, which covers the larger global environmental effect that different diets have. It points out that when we run out of oil, we always have solar, wind, hydrogen, and other sources of power. However, when we run out of water, we're pretty much screwed. They then quote some numbers on how much water is required to produce a pound of food — lettuce, tomatoes, potatoes, wheat, etc. all take 25 gallons or less. On the other hand, producing a pound of beef takes about 5000 gallons of water according to the U of California, about 2500 gallons according to the Water Education Foundation and Michigan State U, or, according to the Cattlemen's Beef Association, about 500 gallons. So, no matter who's figures you use, it's a lot of water down the drain…

Anyway, I'm keeping my eyes open for an old pickup truck… I can't imagine that we won't desperately need one very soon. When I was a kid, my parents bought a new 3/4 ton Jeep J-20 truck to use as our farm vehicle. The thing was indestructable, and would literally go through anything when you locked it into the “emergency” 4×4 mode.

I'll rewind a little and tell you who my father was. He was a bodybuilder (he even knew and worked out with Schwarzenegger) and held the Western Canadian wrestling title while in University, until leaving to join the military. So he was a very very big guy. Since most of you know that my younger brother (who some of you have met at a BBQ) is the current world arm wresting champion in the 220-pound category, and competed in last year's Arnold Classic, that should be no surprise.

Anyway, one day before school, my parents got in a big fight about something or other and my mother ran out the door and jumped into the truck. She fired it up and my father ran out after her a few seconds later. When he got to the truck (which I again emphasize is a BIG 3/4 ton truck, not some dinky little pickup), she was already backing out of the driveway. With one arm he reached out, grabbed the steel door of the truck, tore it clean off (using just one arm) and flung it across the yard.

Suffice it to say that my mother still drove away! (And it made quite an impression on my brother and I; it's one of the few childhood events I can remember clearly). Then we missed the school bus, and my father was going to drive us in to school. Half way there I realized I'd forgotten something, but instead of either making me go to school without it, or going back to get it, I just got grabbed by the neck and thrown out of the moving car. I walked the rest of the way to school.

The end result of that was spending the day getting teased by the other students at school for the ligature marks around my neck. “Ha ha, you got beat up by your dad!” They all thought it was very funny. Kids are weird.

So… A kid wants to dye his hair blue, probably in part because his older brother has dyed hair too. His mother figures the right thing to do is tell him “If you get good grades, you can have blue hair”. So then the 6th grade kid works hard, gets good grades, and his mother lets him dye his hair.

The schools response? He's expelled until his hair is back to a “normal” colour.

Hey, they don't call America the melting pot for nothing. If you're not the same as everyone else, you have no right to an education, employment, housing, etc.. Hmmm… Sound like any other countries that got bombed recently?

At this point, the top 20% of Americans make nine times as much as the bottom 20%. Americans receive about half as much secondary and post secondary education as other Western nations, and that number is almost entirely related to income (as many of you know, US tuition fees are prohibative). In addition, of all Western countries, the US has the least “movement up” of workers — that is, if you fall into a low paying job, the odds of you ever finding a better life are lower than in any other Western country. American workers get less benefits, vacation time, and raises than equivilent workers in other countries.

Why do I mention this? Because I just read something inspiring in light of this.

Above you can see me holding up this month's Home Power Journal. The article that excited me was a short how-to article on building a wooden alternator-based generator using nothing but wire, wood, and a few magnets. It generates about a hundred watts, which is certainly enough to charge a small battery array.

While one could easily use an old scrapped car alternator (and many people do), this article actually has the reader coil their own wire and build every piece of the elecrical components from scratch. And, the punchline is that it's easy to do. No special skills at all are required, except a little motivation and effort. Can't afford ten thousand dollars for solar or wind power? Build your own, hook them up to car batteries, and buy some used RV appliances (which run on 12/24VDC)…

Everything — including power — is free if you make it yourself! Who cares if the economy is going down the drain and the rich hold the poor down? If you don't take part in the collective financial lie, and money has minimal meaning to you, then welcome to freedom. 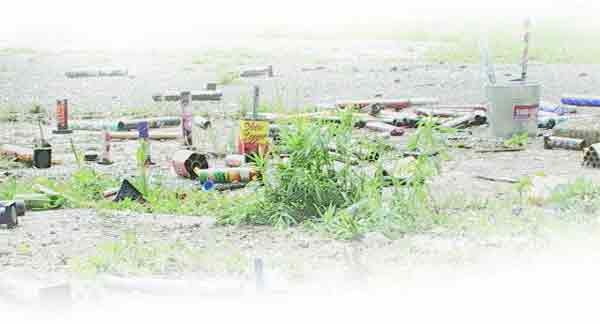 I took this from Shawn's page: