I keep thinking about that “you call that a knife” scene in Crocodile Dundee when I look at my new laptop. These photos really don't give you a good impression of the sheer size of this 3.6GHz beast, but realize that the ModCon book shown is a full eleven inches high — that a widescreen 17″ monitor. As I mentioned before, it's got a multiple drive internal RAID array… I'll start setting it up tomorrow, as the rest of my day is going to be spent looking down at my lap and thinking, “wow, that's really big!”

It's basically a rack mount computer with an LCD monitor hinged to it. That said, it's really not a bad looking computer with a nice modern looking metal case and all…

Last week I wrote a little about the contested election in the Ukraine, and mentioned how pro-democracy rallies were being held against the communist-friendly Russian-sponsored “winner”. Where the story gets more interesting though is when you realize that Viktor “I married an EHM” Yushchenko1 (more) is not the Ukrainian entry for democracy, but the American entry (more, more).

That is, this isn't a battle of Ukrainians fighting for control of their own nation, this is a battle of Russia and America fighting for control of this strategically critical region, each with their own potential political puppet leader — in Russian hands, it defends her borders, and in American hands, it weakens Russia's ability to exert military and economic control over resources in the region. All at the cost of the people in the Ukraine who suffer during this battle, and those of us forced to pay taxes to play this game.

Now don't get me wrong — of the two options, I'm pro-America all the way (I'm not a fan of how America behaves, but it's no secret that I'm totally behind what America theoretically represents). But at the same time, I still don't believe that forcing democracy on a people is a good idea at all. Unless people want democracy and really lust for it, they don't understand its value, and an apathetic democracy is in some ways even more dangerous than communism.

It just sucks that America can stand for all the right things, but then just keep fucking it up over and over and over… Polling shows that young people though have the right attitudes — conservative and cautious in most areas and with an eye for personal freedom. Maybe it's just a waiting game; all we have to do is “look forward” to the day the previous generation dies and politics start to swing in more friendly direction. I repeat what young people have said for ten thousand years — don't trust anyone over 30 31.

Or to put it better, skip your 31st birthday, and keep on skipping it.

I say with some certainty that the men in my family have always kept with that tradition.

Well, I bumped the programming I was supposed to do yesterday to set up UnderMars.com, so now I've got two days of work to do this afternoon before Rachel gets back!


1 His current wife, Kateryna Yushchenko-Chumachenko, is an American citizen (still) and a former US State Department official, and has been accused of being the conduit that tells Viktor how to vote in accordance with US wishes. In his defense, she is however very physically attractive and if their litter is any indication, they do it often.
Comments (0)

This site is worth checking out, it's an amazing visual collection of snapshots taken by US military workers in Iraq… It really gives you a glimpse into what it's like for an ordinary kid from America to live through one of these wars in a way that journalist-based media just can't do.

Please do pass this URL on (UnderMars.com), and image submissions can be mailed to undermars@gmail.com. I want to be clear as well this is not a pro-war or anti-war or pro-Bush or anti-Bush site; it's just an attempt to help people express what's going on in their lives and communicate it to others. The more we know about each others lives, the better this world will be.

Giant thanks to Ron who kick started this project by helping gather the initial images from his friends that captured them in the first place, and to them of course the biggest thanks go.

Sick of shirts yet?

I drew this, but the design credit goes wholly to rwethereyet… It's one of those shirts that you'll either just not really notice, or you'll guffaw heartily as if it's 1892. Feedback goes here if you want one, and now I'm done with shirts for a little while! 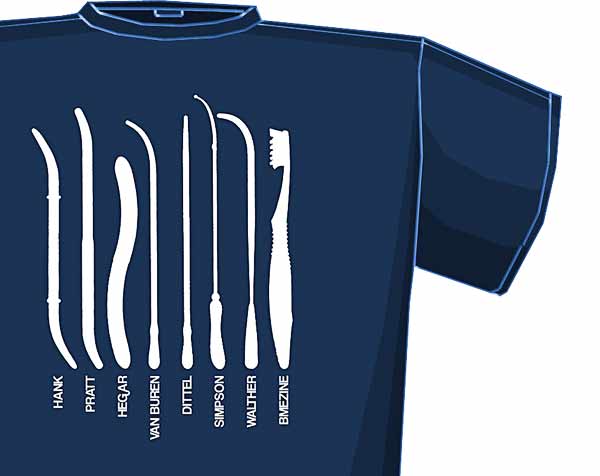 Jon asked me to dig up the clip for another project, but I thought that the folks who were there might like to see it as well, so I tossed together some of the MFC SusCon footage we shot and then Cambridge later that day. The music is a Marty Grosz recording from about 1920 called “Tain't no sin to take off your skin and dance around in your bones” (more). 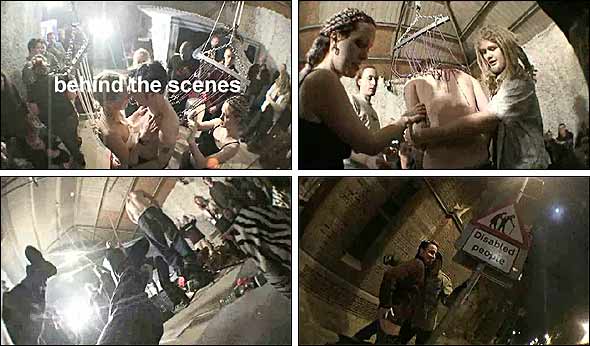 It's a 640×480 clip that's about a minute and a half long. You can download it (about ten meg) as either QuickTime or Windows Media. I warn you though it may only be interesting to the people who were there!
Post/View Comments
Comments (0)