"It's not about the oil"

I don't know how this one slipped under the radar; thanks to the folks at EarthRights International and SEEN for bringing it to my attention. On May 22nd of this year, Bush issued an executive order declaring a “national emergency” and saying that the only way to keep the world safe was to grant full immunity from prosecution for criminal charges or financial fraud or any and all other charges to all US oil companies taking over Iraqi oil production. I'm not even kidding (here's a link to the full PDF or the overview page).

Anyway, doesn't that seem kind of weird? I mean, why give oil companies legal immunity from human rights violations and so on, and eliminate all legal recourse? Not only that, but it also grants domestic immunity to any oil company that has any dealing in Iraq. To give a far out — but legal — example under this executive order, an oil company that had also worked in Iraq could kill anyone in California that didn't pay their bills and be immune from all prosecution.

I can think of no justification for making these oil companies totally immune to any laws, but there you have it. Above the law…

My business cards got done just in time… They turned out pretty nice, although next time I'd run them on a heavier stock so the gloss shows better. The embossing is pretty cool though; makes for a nice effect and feels good on the fingers. I picked up my new glasses too. I'm incredibly tired so it's a bad picture of me — of the two sets of frames, I like the first set a lot better I think (when I'm at a fixed address again I'll order a smaller round set).

I'm really looking forward to getting out of here. One more month or so and it's on to the next stage of my life I guess (did I ever tell you that Thin Red Line is one of my favorite movies?). Not that I don't like it here; I like who I live with and I like the area… but I need to take it another step.


I seen another world. Sometimes I think it was just my imagination... Maybe all men got one big soul everybody's a part of, all faces are the same man.

Oh my soul, let me be in you now. Look out through my eyes, look out at the things you've made. All things shining.

There are things ahead that I've got to get to.

I think I just want to paint. Just make art, you know… What else is there but music in life? I don't care how you express it — express it with song, with a brush, or as poetry. Express it as love or as lovemaking… But the universe is made of music. Goddamn it hurts sometimes when you really feel that; you just want to be music and stay that way.

Stuff in the front yard

People would be a lot happier if they went outside more often. It's a simple thing… Unfortunately for an increasing number of people the “outside” is hard to find — when I was living in Toronto, yes, I could go out, and it was satisfying to watch dandelions break through the rubble of the empty lot, but, not long after leaving, I've found that all their hard work was for nothing… Giant metal beasts have torn that acre apart and are repaving it in preparation for a new wave of half million dollar shacks.

A city creates incredible energy — “night life” and so one — and is a great tool for conglomerating culture. But I believe we're reaching a time, thanks to a large extent to broadband global networks, where it's no longer relevant to build these prisons; we can experience their benefits outside their concrete…

Of course, I'm a simpleton.

That is, I like simple things and simple pleasures.

July is almost over…

Well, I'm off to the gym shortly, and then I'll finish off the final BME update for the next two weeks — if you want your picture(s) in this one just make sure it gets in by about 3 PM EST; otherwise it'll have to wait until I get back.

I thought this commentary, America is a religion, was really well written and think it's worth taking seriously… It very clearly sheds light one why things are the way they are in the US these days:


The flag has become as sacred as the Bible; the name of the nation as holy as the name of God. The presidency is turning into a priesthood. So those who question George Bush's foreign policy are no longer merely critics; they are blasphemers, or "anti-Americans".

As George Bush told his troops on the day he announced victory: "Wherever you go, you carry a message of hope - a message that is ancient and ever new. In the words of the prophet Isaiah, 'To the captives, "come out," and to those in darkness, "be free".'"

So American soldiers are no longer merely terrestrial combatants; they have become missionaries. They are no longer simply killing enemies; they are casting out demons.

BMEshop work… …aka drop out, tune in time

I'm currently in the process of not really re-writing, but patching all sorts of new (albeit largely behind-the-scenes right now) functionality onto BMEshop's software to allow for things like proper GST/PST handling, more clear separation of shipping subtotals and so on, as well as a better storage medium for addresses… When I get back in August I'll start going full-speed on getting the online billing complete (not too hard), but in the meantime I need to get all the backend stuff done.

Anyway, it's kind of embarrassing seeing just what an illconceived and badly designed piece of code that is… One day, one day soon I hope, I'll finally have the time to rewrite it. From a philosophical design point of view it's fairly good, and my “new version” (vaporware) is really beautiful, it's just that it was never well implemented because I was a pretty poor programmer in this department back then… I just feel like I have less and less hours in my days, and more and more hours of work to do. I don't think there's a single department that I haven't fallen a crippling level behind in.

Anyway, I'm doing my best to keep up on everything, but I know I'm not answering all the IMs that I should be. If I haven't replied to a message that's essential please do feel free to resend it, and please don't take it personally if I don't get back to you on stuff that's not 110% must-reply-to as I'm just really having time getting everything done. 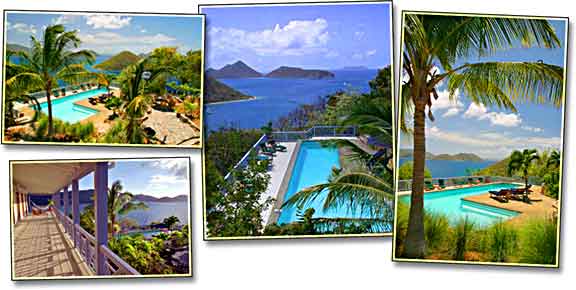 Well, that's where I'll be in a few days on a working vacation that I suspect will be more than not filled with madly scribbling in my design notebook the volumes of work I'll be prophesizing for myself upon my return. I wonder… does one work more, or less, in a place like that?