Pictures from our arthouse 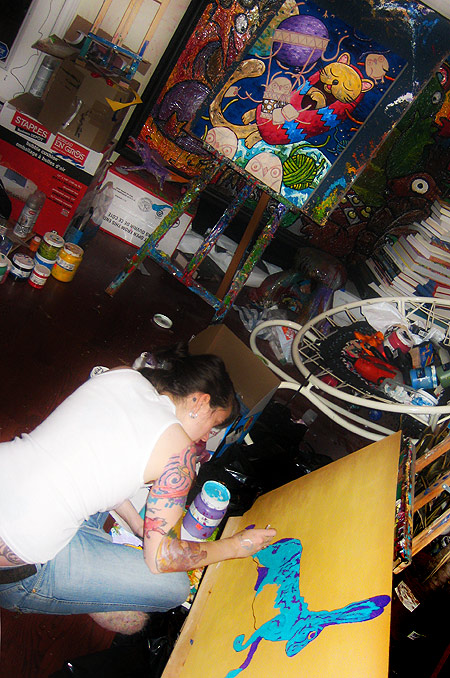 END_OF_DOCUMENT_TOKEN_TO_BE_REPLACED

I fiddled a bit on Owl’s Adventure III today (already sold), and Caitlin did some doodling in paint on a sloth portrait… This photo was taken in pretty terrible lighting so it doesn’t really show the colors of either of these incomplete pieces very well. It really brings me immense joy to be in a house so full of art, as cluttered as it may be because of that! 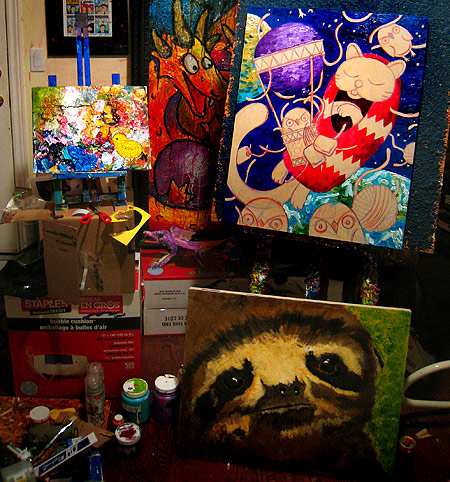 I finished the “Guitar Hero” painting today. It’s for sale… rent’s due so I’m feeling reasonable! You can’t see him super well in this picture, but I’m particularly thrilled with the lizard Lars Umlaut. The painting is done in a kind of duotone in lime green mixed with grays — other than the TV image and the guitar hero controller buttons of course. 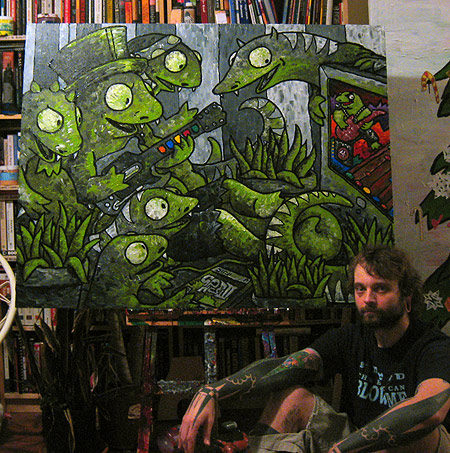 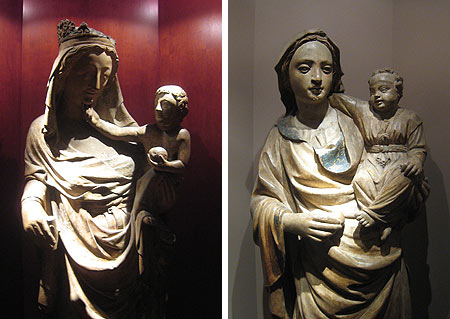 We went to the ROM and checked out the reopened dinosaur exhibit, but to be honest, Nefarious far prefers the mummies… I think other than the play area and the bat cave, that’s her favorite. Anyway, I forgot to post our gingerbread house — the construction went perfectly, although I do admit that it rapidly degenerated into what’s basically just a platform to hold an enormous amount of candy in a thick layer of icing… 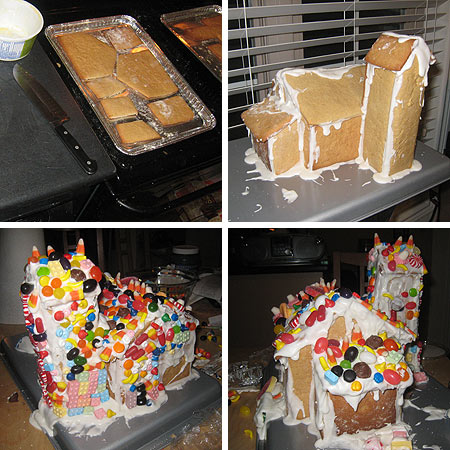 For our Christmas tree, instead of setting up a 3D tree, we painted a six foot high tree on a discarded canvas (Caitlin’s idea), and then made lots of decorations and glued them to it. I think Santa will be quite pleased — it may not look as “fancy” as a normal tree but it’s a much more fun family activity I think. 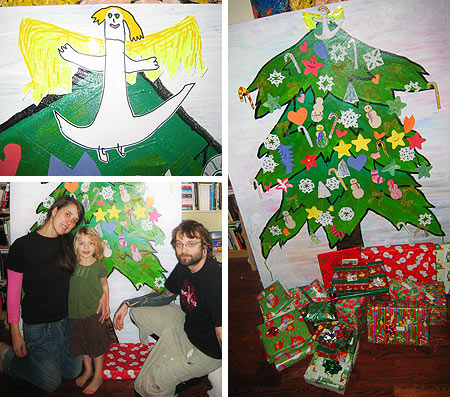 Other than that, loads of ice skating, sledding, and other winter holiday fun is being had. 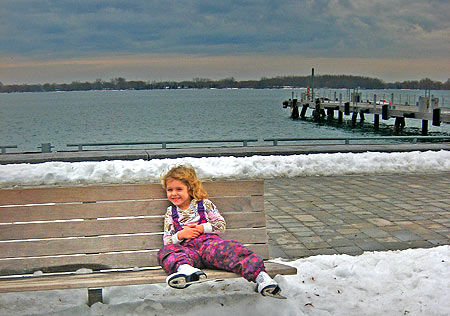 First: I’d strongly appreciate if conversation on this blog was kept to art, homesteading, and other stuff tied to the entries as much as possible… BodyTwo was taken down for a reason and while I know everyone wants to know the details, I’d rather not have those issues affect this site as well. There will be a time and place when it’s possible to discuss this at length but this isn’t that time or place… Thank you.

Second: If anyone has any ideas as to why this blog renders its archive and index pages wrong on IE (other than “IE sucks!”), please drop me a line so I can fix it… Or switch to FireFox!

Third: I’m still alive and doing fine and looking forward to a wonderful holiday period with Nefarious and Caitlin and others, and am as always, working to create lots of new stuff. A couple more paintings are now on the go — on the left is “Where Water Snakes Come From” “The Origin of Water Snakes” and on the right is “Owl’s Adventure III” (on wood panel). 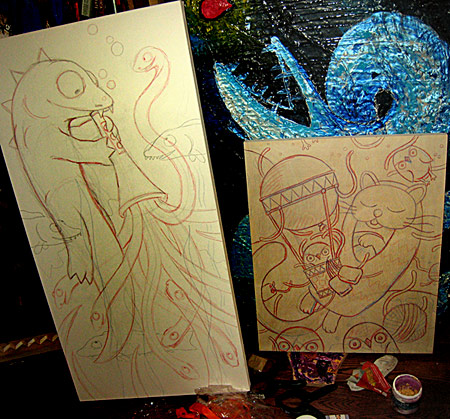 I’m also giving a lot more thought to the idea of the children’s art museum, and perhaps launching a children’s clothing line at the same time. I was being interviewed by a doctor yesterday as part of my ongoing legal stuff, and he asked me how I saw myself, and I told him that I saw myself as someone with a deep drive to create things of beauty, bring them into the world, and share them with as many people as I can.