So I didn't really do too much for my birthday really… I was going to go out of town but the car's sounding weird so I figure that I shouldn't take it on a 500km drive until it's been looked over, and I wasn't sure if I'd make it back in time. So Saira and I went out to Cherry Beach instead, I got myself a couple books, and then we went to Jackass 2 (which I enjoyed a lot, although I didn't think the opening and closing sequences were as strong as in the first). 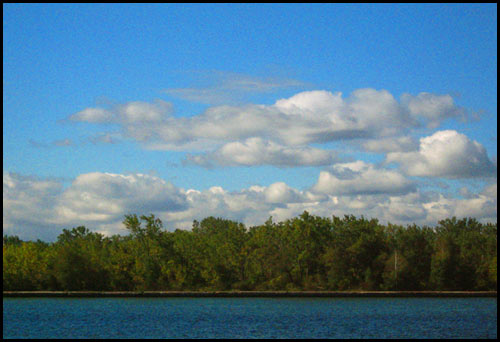 Other than that I made a big balloon sphere thing for Nefarious. The balloons aren't really the ideal size so it's pretty wonky… Maybe next time I see long balloons I'll plan something more engineered. Today she had her first party (a Prince and Princess-themed birthday, although I didn't know it was a birthday until afterwards!)… I admit I get kind of stressed out when I have to do even basic girly stuff like figuring out how to put on a dress, ha… 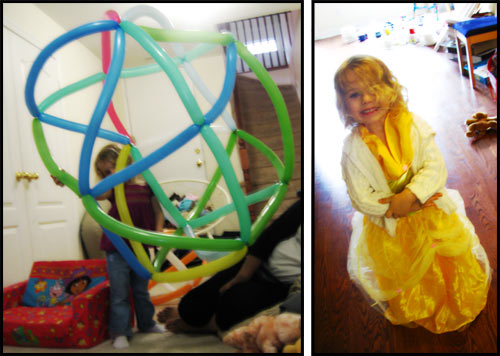 Oh yeah, and the wolverine piercing entry got linked again (this time via Digg). Now, it's not unusual for me to post entries that BME members and regular ModBlog readers don't agree with, and they post as such… But I'm always surprised at the response from non-BME readers — not so much that they don't like what they see, but that their feedback is so rude-slash-crude and generally bigotry-filled. And they rarely read the entry, but just knee-jerk in a comment…

Yeah, yeah, I know… Welcome to the Internet.

Another year, other zillion blog entries

As of about half a day from now (if we round to our repeated solar journeys), I will have reached an interesting age — exactly half my father's age. I think that means it's all uphill from here (I mean uphill in a good way, not in a “oh I am so tired, I do not want to bike up this hill” way). Where do I want to be a year from now? Well, I sure liked it in Colorado (picture below), so I'll have to find somewhere similar, but less legally troubling… 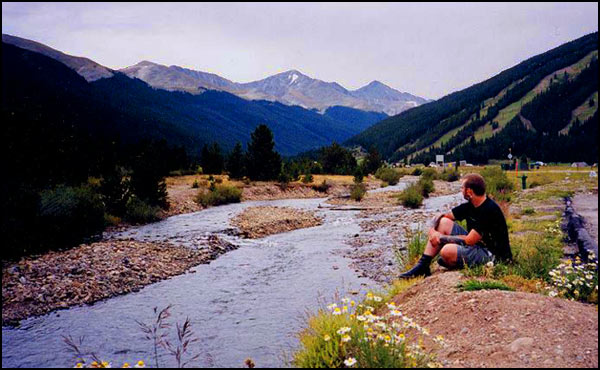 I will want to die beneath the white cascading waters
She may beg, she may plead, she may argue with her logic
And then she'll know the things I learned
That really have no value in the end she will surely know
I wasn't born to follow

Busy day today… After (pre-)school stuff, I had a couple hours of legal meetings, then the gym, then more legal stuff and a little bit of medical… On the way home through Parkdale I saw this sign for “Bohemian Embassy” condos that I found pretty irritating: 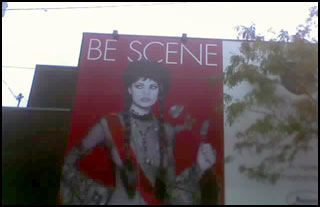 It irks me that people are stupid enough to actually fall for ads like “hey, buy this and you'll be cool“ especially on something as big as a house — or media that tells people who wouldn't want tattoos without strong internal influences pushing them toward them that if they get a sleeve they'll be “cool” or part of a “scene” as well. On one hand it's true that what other people do is their problem and I shouldn't care, but gentrification (in either of these markets) affects the entire market (by increasing cost, market demands, oversaturation, lowest-common-denominator marketting, etc.) and almost always negatively influences it for the early adopters.

That said, the area that gentrification bothers me most is racism… I was talking to a friend today who is Indian (as in India) and they can't safely go out right now because of pro-Israel rallies at their school — enough Jewish students want to vent their anger on anyone with brown skin, whether they're Arab or Indian or even have anything to do with the conflict. Seriously, what is gained by a Canadian of Jewish descent attacking a Canadian of Arab descent?

At least they're not chopping anyone's head off here yet, but still. It's ridiculous and offensive behavior.

The reason I mention gentrification is that I think that racism changes, and becomes something very “entitled” and different as populations that were once oppressed are removed from that oppression and even climb to the top of the power structure. So for example, one might feel (and be) justified as a Zionist as an Israeli settler, but the argument becomes less convincing when you're a rich kid in Canada that uses Zionism as an excuse to be a bigot toward any ethnic group of vaguely brownish skin.

Coca and the Gym

So I have no idea if I broke the law this morning, but since I only had one packet (a gift from a friend), I thought I'd share my Mate de Coca story (according the the package, “el mate de coca ejerce una acción estimulante, ayuda a combatir la fatiga y el stress” — that can't hurt, since I have plenty of fatigue and stress). Anyway, it's coca leaf, so I guess it's cocaine tea, but it's not something you can get high from at least in low quantity. 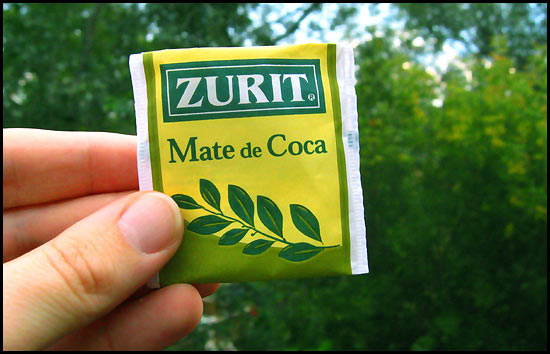 I made the tea and mixed it in with my lemonade (I drink tons of honey lemonade). I didn't really think about it, but I had a spare moment so I thought I might as well look it up. Apparently it's a muscle relaxant (so it's used as a digestive aid)!!! I'm also not too thrilled that (like poppy seeds) it can make me show a false positive on a drug test… Anyway, when I showed up at the gym I wasn't sure how it would go but I actually felt like I had more energy than usual…
(Original forum unavailable, sorry)*
Comments (0)

People pay to be ignorant these days.

One of the things that really freaks me out when I'm watching American news television is how different it is than news pretty much anywhere else in the world. Not only is the style radically different, but the content and what's focussed on is also radically different, and the facts presented are just bizarre when you put them in context of the international picture and all the information. For example (via), here's four covers from Newsweek's different editions:

Although I think the thing that makes me angriest is the current trend in the US media to oppose Bush — these are reporters who spent six years radically supporting him and pushing his agenda, and ultimately being one of the main forces empowering the problems in the world today. By flipping now, all they're doing is ensuring they can support the next false government, rather than being a real voice of truth, reason, or even come close to the media's purest cause — rebellion. In some ways, I think their heads ought to be the first to roll for their betrayal of the American public and their outright support of the slow coup that took America away from the people.

Hey, did you know that if you cover your eyes, I can still see you?