I've been debating for a while whether I should post this or not. This photo was taken in flight in the washroom of an airplane after passing through security at an international terminal. Yes, that's a box cutter, like what was used in the 9/11 attacks (taken on accidentally). Not only that but they searched the bag that contained it and missed it. Not only that, but they did require pouring out a coffee that had been bought at the entrance to the security line-up. Well, that made me feel safe. 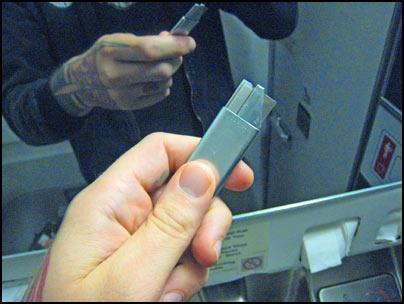 I was talking to a friend recently that works in terrorism prevention and they were expressing some surprise that terrorist attacks weren't common on US and Western soil, both because security is so lax (and incompetent), and because ultimately if someone is willing to do a suicide-style attack, it's very difficult to defend against. Their primary theory was that the people who are “calling the shots” — giving the suicide attack orders and paying the bills — are somehow profiting (a la war profiteering) from sustained war, so they don't want to escalate it to the point where it has to be stopped.

If you want an example of this where both powers want “the wrong thing for their people” that's a bit more obvious, look at opium growing in Afghanistan. US and International corporations make billions waging the war. Al Qaeda and the Taliban make billions of dollars from the sale of poppies for heroin, which also fund the criminal and terrorist operations, while keeping the West at war with them, ensuring a chaotic state of never-ending war so long as the cycle remains unbroken. However, the world has a morphine shortage, a legitimate product derived from poppies. If the poppy industry was legalized and the product went to the medical industry instead, the farmers would get paid more, the druglords wouldn't be able to funnel money into terrorism any more, and the war would start to end.

However, there is more money in war (for the one “side”) and drugs (for the other), so we keep up this insane contract where the legitimate uses for the poppy are kept criminal in order to keep the money flowing to the richest people on the planet. If you're at the top of the class/power pyramid, war is a very good way to stay at the top assuming you can sustain it…

Nefarious and I made marzipan today. It's drying out a little right now; we'll see if the mix I used will be usable or not… I'd like to get it so it's sort of like playdough that you can eat (and actually tastes good) but this one may be too sticky — this is half-and-half ground almonds and icing sugar, and then a bit of coconut, and egg white (one per cup of almonds), as well as a bit of salt and vanilla, and food coloring. I was going to make some with cocoa but didn't bother this time. 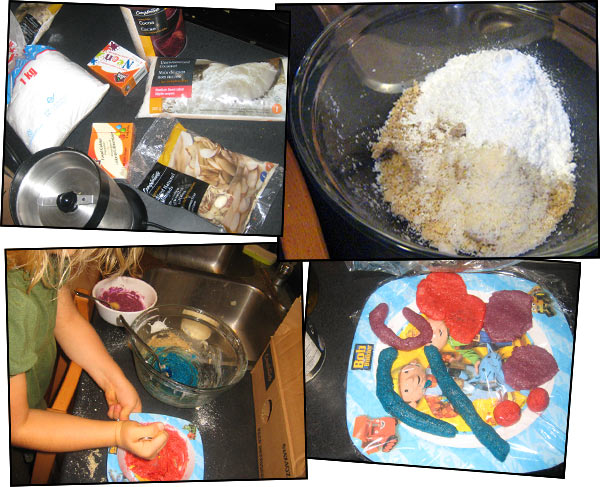 Either way, it tastes good. For supper I made a typical rice and veggie meal with sort of a pad thai type flavoring. I could eat these meals endlessly… and I do! 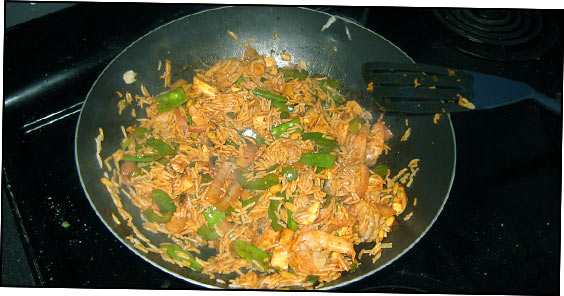 Other than that I started putting together a quickie painting that I'm doing on “commission” (not paid — it's a gift for my nephew) of a Halloween scene — a big scary tree, some sort of creature dressed as a mushroom, bats, a nest in the tree, a squirrel, the moon, and pumpkins and a gourd on the ground. 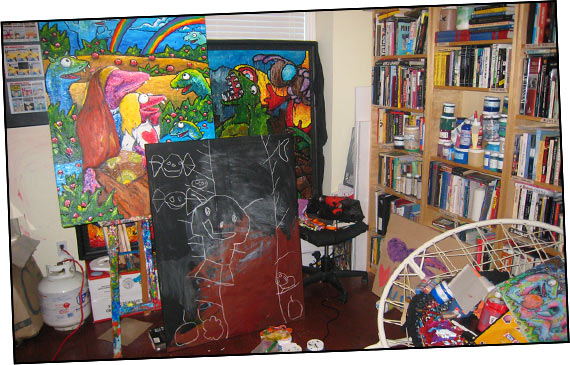 It's starting to get cold here… almost time to start up winter swimming again!

FREE TO A GOOD HOME!

I need the space in my garage and realistically I'm just not going to have time to deal with this any time soon, so I'm giving away my Laser 917 kit car project… Anyone with a trailer (or that wants to pay for flatbed towing I suppose) is welcome to it. It's definitely a project that could be tackled as a “first project” because the required fiberglass work is quite basic, and doing mechanical work on a VW Beetle chassis is easy. The car does not have a VIN so it will have to go through a homebuilt/kitcar registration to get on the road.

Any questions — or people volunteering — please contact me at snowrail@gmail.com. TAKEN

Speaking of free stuff, Ryan at BMEshop just put in an order for a new bunch of stickers — they get put in free with orders (the design on the left is by original_sly by the way). 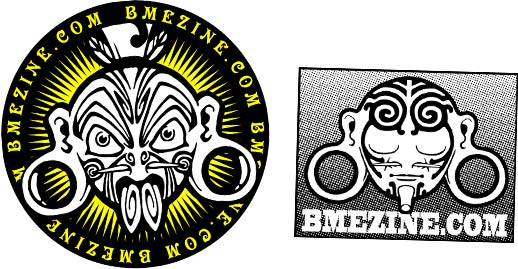 Since I've been working hard to get more interview content up lately, in the next few days I should be posting what I think is one of the best interviews I've put up in a long time, mostly focussed on scrotal suspension and nudism… I'm just finishing the final back-and-forth to make sure everything is perfect. Here's a teaser and a picture of the interviewee…


“The thing is that in normal life the brain is always busy with something, but when you suspend that is all gone. There is only one thing: the balls with the body hanging from it.“

“The most important thing of all is, I think, to feel your body. I think that many people do not 'feel' their body. For most it is just there, and they realize that they have a body when someone touches it for sex, but I experience and feel my body and skin all the time. Clothing messes it up, and that is why I do not want it. Prepare naked for whatever you do. The body must be free.” 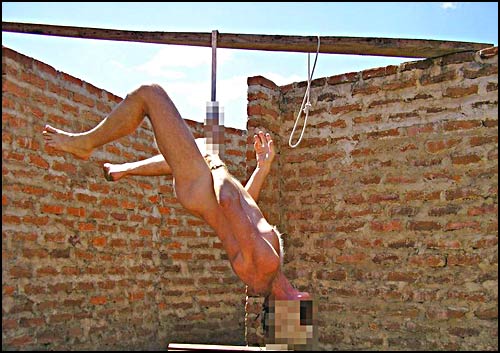 Nefarious is off at a birthday party and sleepover today at a friend's house… They have a truly beautiful house — maybe the nicest one I've ever seen in Toronto. It's an older house that previous owners have shifted to a partial open-concept setup and it's incredibly nicely done (and the current owners have a higher google profile than I do by far, which was neat!).

I don't think I slept over at a friend's house until I was at least five years older than she is… probably more! So I was thinking about all the things that are different now than when I was a kid… A partial list of things that Nefarious has grown up with that were not a part of my growing up:

Anyway… A night off… what should I do? Watch a movie and eat a bag of hickory sticks in my underwear or something? Sounds alright… 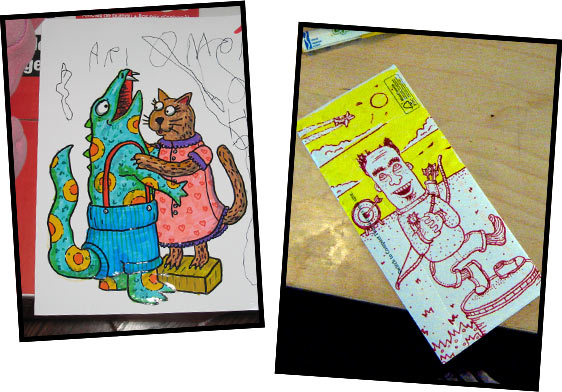 PS. Pauly, Josh, and I (with work by Howie and photos by Lane) are on Digg for the BIZARRE feature).