The wedding was very nice, but I forgot my camera battery at my house! So I'm afraid I can't share any pictures. Anyway, I'm not sure what to write, but congratulations (and that's not the right word, but it'll have to do because I feel literarily very challenged right now) to Marc and Nicole.

I'm still 100% sold on the concept of marriage even though I didn't manage to get it to work right the first time around, so it was just really nice all around (jeez, it's like I've totally lost the ability to think of synonyms). I think everyone who gets married should have a wedding with all their friends and/or family there (I say that with some sadness in hindsight; one of many regrets learning experiences). It's something important that we lose more and more as we “progress” as a culture.

Anyway… I feel like I'm already rambling aimlessly, so let me share a quick picture of my suit (thank you again to Saira for helping me out with that) and crash out. Sorry the picture is kind of blurry… the flash broke in my camera and my hands shake so badly that this was the best shot I could get. The BME update is uploading right now, so I'll likely uncompress it in the morning. 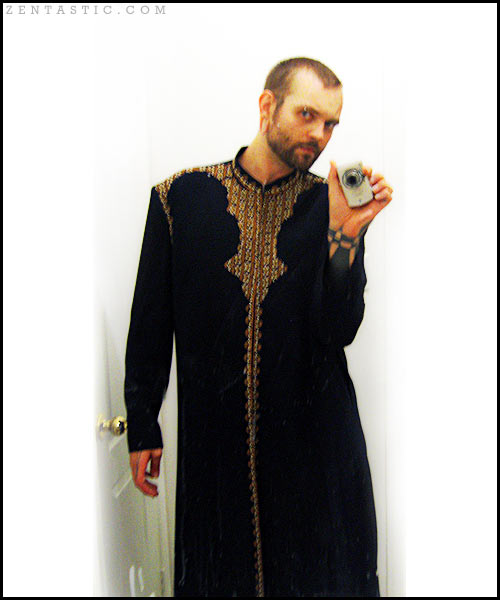 So I was thinking about how Louis Vuitton got almost half a million dollars from Google, and Google is experiencing costly lawsuits in France left and right. Anyway, I was thinking maybe that's why a search of Google maps for St. Pierre and Miquelon returns empty ocean in map mode? Google is afraid that the French have copyrighted the shape of their country? 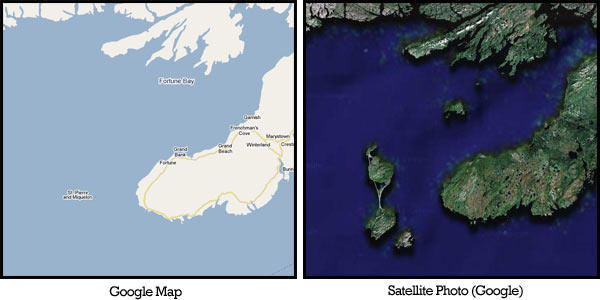 PS. They softened up on their hatred of Malta, so who knows… maybe the French will get their little islands back in the future.

EDIT: A typo was fixed in this entry in the first link.

I think this wouldn't be hard to build

Let's see… ModBlog got linked by bb and a myriad of other sites today. It's always interesting how violent and angry outside traffic is (check out the comments). It's strange to me too, because people respond like this even if the traffic comes from sites that are politically left leaning, support gay marriage, marijuana rights, privacy and expression rights and so on. It makes you realize that the reason that the West really is “the great oppressor” is because most people need to be oppressed and watch others be oppressed in turn. It's kind of vile.

Anyway… After many drawings and doodles, here's the toy I think I want to build this winter (although I won't be surprised if that notion changes by tomorrow). It would be a prototype for a more aggressive version. This would be more to test the technology. It's pretty simple — a large snomobile-style belt tensioned over an bracket that mounts to the rear wheel, and that would be able to rotate, buffered by a long travel shock to articulate it (and the rear wheel would have its normal setup). The front wheel would be a narrow sand tire with a ski riding around it (so you can use either; a lot like snow gear for light planes). There are similar kits for motorcycles so I know the idea is fundamentally solid.

I think it would be tons of fun in sand and snow, especially for hillclimbing and general messing around… And if you integrated right/left brakes (so you could swing the front end around in the right weather conditions almost like a tank can spin in spot), you'd far outhandle a snowmobile I think.

Yes, I probably spend too much time getting excited by the Howe Twins (if the vehicle in this entry was interesting to you, check out the insane videos of their “Ripsaw” creation).

I got a new suit…

You know, I don't think I've been to many weddings. I wasn't at my brother's wedding, I didn't have a formal event one (just a legal one) myself, and at least one plan was destroyed by a financial server failing (ie. shannon=work comes first), so the only wedding I've been to was Saira and Michael's double-style Indian and Scottish wedding (yeah, I was the only guy in the bridal party, laugh it up).

So anyway, I don't know what to wear, or what appropriate behavior is in general! Phil said he's wearing just nice black pants and a dress shirt, but he's also working the event (photographer). Anyway, I picked up a nice sherwani (I hope I spelled that right; it's a similar outfit to what I had on at the wedding linked above) up in Rexdale today, so I hope it works out OK. 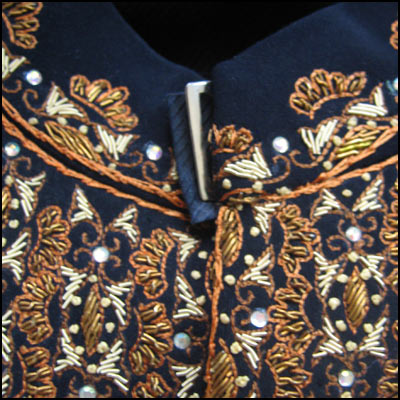 I just couldn't bring myself to buy a “regular” suit.

Other than that, I'd forgotten that Kelly was still in town so Phil's spending the time with her instead of slaving away in front of a computer. So I've got an update building now that I will have time to post later tonight. Because I don't want to drink today, I'll probably not stay too long into the night since I have trouble stopping myself from drinking if there's free booze. I have poor impulse control.

I got a big kick out of playing with the “Face Transformer” that lets you see yourself in different ages, races, and more. Here's a few of the transforms I did on a picture of myself. It's pretty fun and worth checking out. You'll need a face-on picture of yourself of course to do it as well. 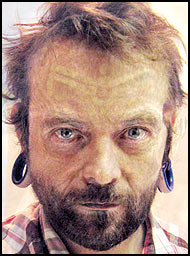 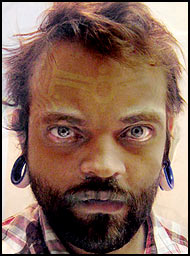 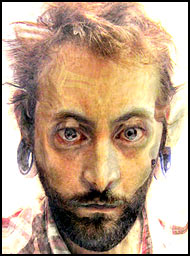 “As if painted by El Greco” 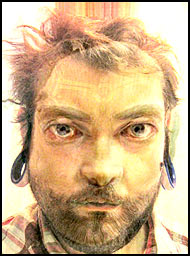 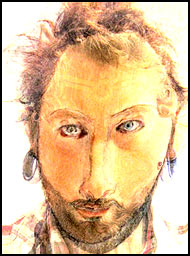 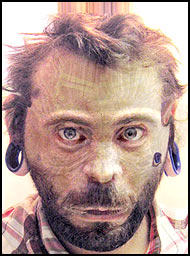 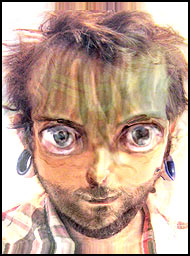 “as a manga character” 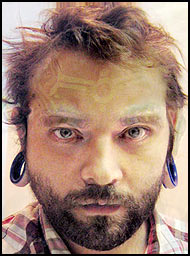 “and as an east asian man.”