Who can draw a good tiki?

I want to put a tiki design on the next BBQ shirt… I can draw one I imagine, but I was hoping that someone else would volunteer to do this design. I'm looking for a tiki head loosly based on the BME logo. If anyone is up to it, please send ideas to glider@bmezine.com. Here are some very crappy doodles I just did. I am also very open to Mexican wrestler mask designs if anyone feels inspired on that path as well… 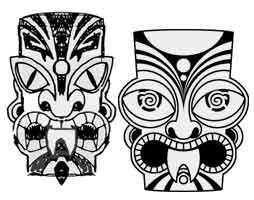 Here are some stills from the video — I managed to edit it down from an hour and a half to fifteen minutes. That did mean cutting some stuff I wanted to leave in, but I figure this will mean a huge, but still manageable download… I'm just titling it and mixing in music now, and then I'll render and upload it some time later today, as well as burning it to a widescreen DVD.

Please note that I've just posted some “tame” captures here. The very last photo gives an indicator of the general mood the BBQ took on about half way through! Oh yeah!

Body modification is not a kind of music

Since people seem to be forgetting it lately, let me remind them that IAM is not an indie-rock or other youth culture site. It is a body modification site. If that's not your primary interest here and it's not what got you here, you are in the wrong place. I'm getting very very sick of seeing pages make it quite clear that the person involved doesn't give a damn about body modification (unless it's their star tattoo or old school design of the month which isn't really a tattoo — it's just a part of the “uniform” they've been tricked into wearing).

IAM is for the members of BME, and it's clear that it's moving away from that due to the influx of non-BME readers; users that moved over from other community sites, etc… Now I'm even having to deal with the fact that many of those people are buying memberships for their friends who have nothing to do with BME. I've thought about it for a while, and I've eliminated paid IAM memberships. Yes, it means I'll have to generate more revenue elsewhere to support IAM, but I don't need the headache of these idiots flooding the site.

If anyone has productive feedback on how to (a) keep these people off the site, and (b) generate the revenue required to support the site, please feel free to pipe up in the whatever forum… But I'm not interested in getting into a “but these members are good for the site” debate; this not a general community site. It is a “specialty” community site and I do not want it to stray from that.

There are some incompatibility issues with my display card on the new video editing box, so I can't capture properly — well, I can capture, but I can't really view it because it looks like static. I know it's working and the problem is display related because I can pull off stills fine… So hopefully tomorrow afternoon I'll have it back and can begin making a video — ahem — DVD — for this BBQ.

Thank you to Badur for being the first to send in pix from the BBQ (a sneak peek follows). I wanted to mention something really funny — you know how IAM assigns random filenames to uploaded images (ie. dfjecwex.jpg, etc.)? The photo photo of Derek is called “kutegaog.jpg” — does that make Derek some sort of caveman twink? 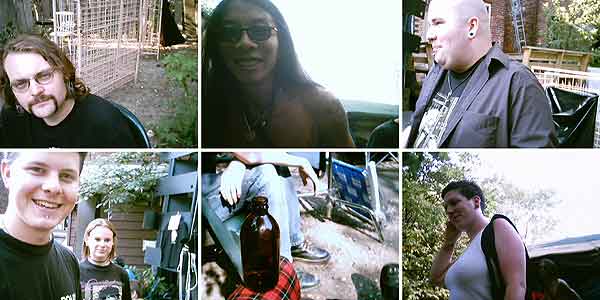 Titles are for people with low self-esteem

Let's talk first just about things we know so as to set the scene of the story. We know that in the US “faked” the Tonkin Gulf Incident, along with a slew of other fabrications in order to convince the American people to both launch and stay in an unjust war. Yes, it did help American corporations, but it killed and maimed and kept on killing an maiming.

Anyway, all of the above is very easy for anyone to confirm from even the most mainstream of sources… None of it is conspiratorial or particularly up for historical debate. So… We know that the US government is willing to kill tens of thousands of its own people, and millions of people in other countries, if it serves the interests of American corporations (and the war machine). We know this because it's happened.

Vietnam is only one example; I could list dozens more.

According to the latest satellite photos of the Udeid air base in Qatar, American build up for a war against Iraq is proceeding quickly. In the past ten years, America has already killed something like a million Iraqis, both directly and indirectly via sanctions, and continues killing them — remember, during the Gulf War the US fired almost a million depleted uranium shells into often civilian areas… Now the soldiers that did it have “Gulf War Syndrome”, and the families in the area that survived have birth defects well past what they should statistically expect.

Anyway, I'm going off on a tangent. The point is, America will keep doing this as long as one of the two following things happen:

One of the above two will happen. It's up to you which one. These attacks and those that follow will be crippling to the US no matter what the outcome, and unless you like the idea of living in poverty ruled my megarich overlords (oh wait, we already are), you must at a minimum contact your congressman (the EFF has a good page on it as well) and demand that no unjust attacks be launched on Iraq.

And before you begin with a [patriotic] “but if we don't stop Saddam…” type rant, remember that the only people behind the attack are the fat cats — every political expert, every military expert, the UN, every weapons inspector, and even Iraqi rebels who are fighting to overthrow Saddam think that a US attack is a horrible idea — only the ["I hope the US throws us some scraps"] British are sort-of behind it as well. The attack is there to keep you poor and to keep them rich. Oversimplied, that is the only reason.

This is unrelated, but I thought it deserved a link; I mentioned it before but it was just in Berkowitz's column:

Scene Two: US bombs hitting several Afghan villages. Dead men, women and children litter the streets.
Narrator: “This is the bombing of Afghanistan, on drugs.”

Well, back to work for me…