Live on the Superfly show

I'm really sorry about all the problems accessing the various sites over the past two days. According to our usage charts it appears to be a 30% – 45% drop in access, and I suspect those that get through are not getting through with good speed or consistency. The problem appears to be Toronto-wide, because both the cable networks and the DSL networks are experiencing major problems… I don't know exactly what the issue is (routing presumably), but while we have trouble reports in, it's beyond our control and is not due to our servers. I am operating on the assumption that it will be resolved shortly.

On Tuesday night I'm co-hosting Saira's radio show (in Toronto you can listen on the radio, and I'll post a streaming internet link as well for those who want to check it out)… I've been putting together a good set of music to play that night, which will be split between a psychedelic set and a Valentine's day set of love songs… In the first set, I've got a lot of great old psyche rock from Cambodia, Turkey, Mexico, Peru, Africa, Italy, and elsewhere — El Tarro De Mostaza, Pan Ron, Ros Sereysothea, Selda, Mazhar Ve Faut, Voa Saroun, Sinn Sisamouth, Pax, Silvetler, Baris Manco and Kaygisizlar,Cem Karaca and Apaslar, The Ventures, Rikki Llionga, Ofege, Los Hitters, Instro, Piero Piccioni, and lots more.

Here is mostly what I spend my mornings doing as I do the single dad thing (ok, that's not really true because Jon is here and it's more of a “my two dads” type situation — am I Paul Reiser or Greg Evigan?). I've always loved blocks, Lego; anything that involves building. I actually play with them at night after Nefarious goes to bed as well:

In a little while we're going to go for a walk and have dub brunch at the diner down the street. It's a nice walk that includes the three-story old iron bridge over the railroad tracks that run through the Junction. Even though we do have a car right now, I've walked more in Toronto than I have anywhere in years.

Other than that, it's been rumored that sometimes companies use subliminal sexual references when marketting a product. I can't imagine such a thing is true? 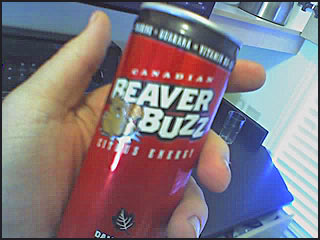 Maybe it's the guarana, maybe it's the sildenafil citrate, I'm not sure…
but I do know that I really feel a craving.

Get 'em while they're hot! 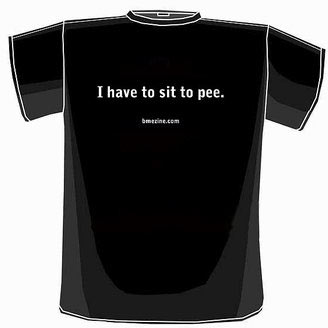 This is not a terribly exciting entry, but here's a quick picture of my new winter driver… It's a pretty modest vehicle (1993 Jeep Cherokee) in comparison to what I usually drive, but it'll keep us from sliding into a telephone pole in the Porsche until the roads are less icy! On Monday I'll put insurance on it and start training myself to maneuver it into our extremely tight garage. 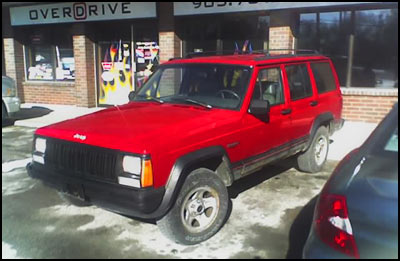 In other vehicle news, as soon as the old '58 Corvette (I think that's the year) they're restoring is done, my trike finally can be finished off… Not that I've bothered with a license yet…

…if by “sodium free”, you actually mean “sodium, free”. 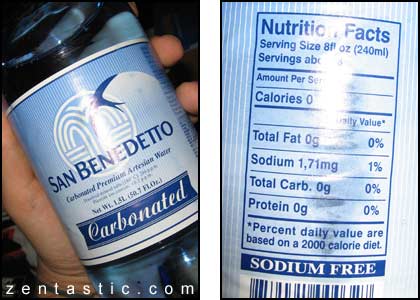