I just saw this on Laura's page… For $10 it seems like a pretty damn awesome deal. Just drop her a line with the size you'd like to make sure there are still some left of course before you put your cash in the mail.


So I've got a whole lot of T-shirts left. You should buy one, even if you didn't make it to the barbecue. They're fun. And only $10 (though adding a buck or two for shipping would make me a very happy girl, it's not mandatory). The front and back. You know you want one. Your mom wants one, too. They're 100% cotton, and I have sizes S-XL. Be cool. Buy a shirt or 3. They make good pets. And if you don't buy one, I'll be forced to give them out as birthday presents to my unsuspecting family. We don't want that to happen, do we?

And if I'm not around, talk to Scot. 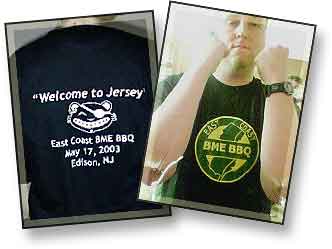 We're about to find ourselves in a bidding war over the potential Zentastic property. If that falls through, here's another option: BME ISLAND… The asking price on this property is only $150k, with 50% down, and I'd estimate that an influx of about $30k more would make the property perfect (ie. full power generation, high speed internet, etc.).

It has I think three small houses on it, a generator, two wells, a water tower, white sand beaches, palm trees, docks, etc…. It's about seven and a half acres in size and is fully surveyed. It's about two miles off the coast of Nicaragua (which isn't as bad as you'd think; not that there are any IAM members there yet). Average yearly temperature is between 78 and 82 degrees. 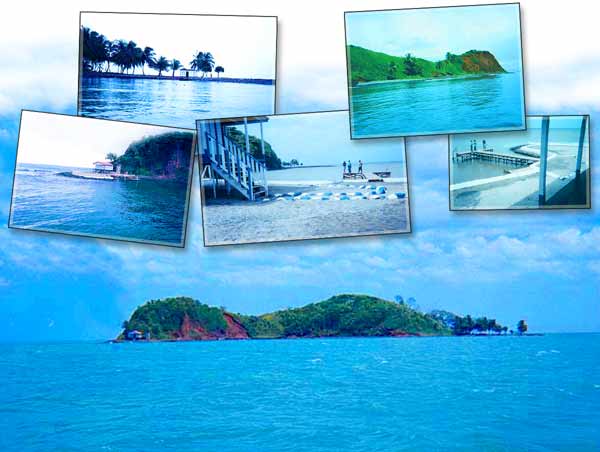 Now some details. I'll of course provide references, and you can use google news to find lots more should you choose to. Although the age of the free press is coming to an end unfortunately… Within a year it will only be one single mega-corporation and then the indie media (more, more, more, more, more).


Paul Wolfowitz (Deputy Defense Secretary) has said that the US is still facing “several tens of thousands” of light infantry (ie. Saddam still has a functional army), as well as about 20,000 criminals released from Baghdad prisons. Government officials are warning both that the military victory is far from complete, and that the US underestimated their civil responsibilities and are at present unable to bring the country to order. (more).


Hospitals in Iraq are still totally overrun with civilian casualties of US aggression, with “collateral damage” being roughly triple that of the first Gulf war, and possibly five times that of the attack on Afghanistan — and these numbers just keep rising (more).


In the original version of the story, young Jessica Lynch heroically fought off a battalion of Iraqi troops, emptying her gun and killing several demons before being stabbed and shot herself. Her injuries included broken bones, presumably from torture at the hospital… not! Turns out that their company got lost and drove into Nasiriyah (where they were no longer protected). A band of paramilitaries fired on their convoy, and Jessica got spooked and crashed her truck where she sustained her injuries — which were then treated by Iraqi doctors who found her (more).


America is demanding the right to overthrow Iran due to claims that “it's where al Qaeda is from” (I think I've heard this one before). In order to do so, the Pentagon would heavily fund the Mojahedin Khalq (MEK), an Iraq based armed-opposition group, contracting them to launch terror attacks on Iranian interests. I should be clear that the MEK is officially considered a terrorist group by the State Department. Ignoring the sheer hypocrisy of this action, it's one that almost always backfires in extremely unpleasant ways a la deals with the devil (more).


The US is continuing to hold about 3,000 PoWs captive in a tent city near Baghdad, gagged and hooded, in the searing heat. Even though it's over a month after America declared the war effectively over, the US still refuses to give the Red Cross access to these camps, and continues to directly violate the Geneva Convention (more).

There's a lot of other horrible crap in the news, like the blocking of French journalists covering E3 (the video game convention) from entering America (more), as well as the Pentagon snubbing of France (more), all of which promises to erupt into a dangerous tit-for-tat… America may be big, but it's not that big. These are profoundly self-destructive acts that the American people will surely suffer for. Or I could go on about state-sponsored racism in America (more) or any number of other problems…

The US is promising to block all other nations from using near-Earth space (more). That is, the US will block other nations from running imaging (spy, weather, research, etc.) satellites, communications systems (satellite phones, 2-way internet, etc.), navigation systems (foreign versions of GPS like the ESA Galileo program), and so on. This includes not just “enemies”, but even friendly allies. To facilitate this process, the US plans on, in effect, merging NASA (a civilian organization) with the military and this will of course result in the total militarization of space.

In even more ominous news, the Council on Foreign Relations has just issued an “attack now” statement on China (more), saying that they are currently decades behind America in military power — hostilities are pending due to the battle over Taiwan, which China sees as a rogue province but America sees as a sovereign nation (as well as due to enormous economic wars). However, the Heritage Foundation points out that this new report does not jive with Pentagon numbers which give far greater estimates of China's military power*.

So here's the question: If the Bush Cabal is allowed to stay in power over Americans, will they take on China before it's “too late”? They could probably win now and kill “only” fifty million Americans (an “acceptable” rate of loss?) or so… but if they wait ten years, victory would be far less certain.

I suppose now would be a good time to quote Einstein.


"We must inoculate our children against militarism, by educating them in the spirit of pacifism... Our schoolbooks glorify war and conceal its horrors. They indoctrinate children with hatred. I would teach peace rather than war, love rather than hate. ... I know not with what weapons World War III will be fought, but World War IV will be fought with sticks and stones."

* Also remember that China is allied with Russia at this point, and Europe is very much a wildcard. Don't bet that Europe won't jump at a chance to decimate America's all-but-monopoly.

So for the movie we'll be filming at least one bridge guerrilla suspension (shhhh!). The trick of course is doing it quickly without getting yourself arrested, which means that you (a) have to be able to set up very fast, (b) get the person off the rig fast when you decide to, and (c) break down the rig quickly.

Unless I'm missing something, the easiest way is probably a vehicle based system. I've whipped up this idea for a bar that attaches to the top of my Jeep's roll-cage. It's super-simple: just a triangulated bar with “hooks” on one end that grab around the edge of the roll-cage and are then held in place with pins. Optionally the whole thing could be attached to the winch as well.

So when you're driving it mounts lengthwise and stays in “road legal” territory. Then you pull up onto the side of a bridge, spin the beam ninety degrees, lock it into place, and you're good to go… then yank the person back up (easy since your mounting point is already eight or nine feet off the ground; just pull the pulley to the top. Pop out the pins, spin the beam back, re-lock it into the driving position and disappear into the night.