You wish you were there

All day people kept coming up to me and asking how it was going and what I thought. What did I know, I replied, I basically make sure it happens, and then just sit in the corner drinking while more capable people take over. Really, she's running the event. I'm not just saying that — she really is.

Some pictures for you:

Oh, and if it's not obvious, photos by Philip Barbosa.
…and we still have another day to go! 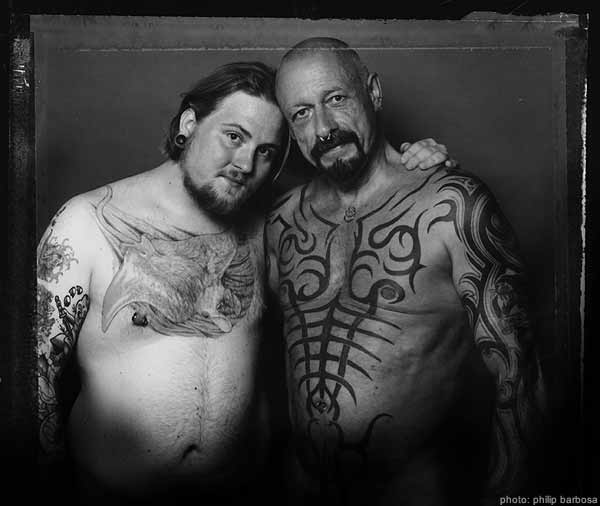 The shirts print tomorrow and will probably be in stock by weekend. Make sure you're on notify list, or you'll be hanging your head in shame when the fanciest fancy pants on your block passes you by.

Protest in Response to the Arrests of Traditional Dineh Elders at the Camp Ana Mae Sundance at Big Mountain, Arizona.

What: On Wednesday, July 9th, five traditional Dineh elders were arrested at the Sundance being held at Camp Anna Mae at Big Mountain, Arizona. They were held overnight in Hopi jail and were released at 11:15 am. Thursday morning on their own recognizance.

They are being charged with Trespassing and "No Permit for a Ceremony".

These elders have been struggling against forced relocation at the hands of the United States government and Peabody Coal Company who want the coal, oil and uranium deposists that lie beneath their lands, for three decades. These arrests are a dangerous escalation of the attempt to force these elders from their land and deny them their basic human rights of freedom of religion and the right to carry on their ceremonies on their own traditional sacred lands. The official word is that these types of harassments are already intensifying this year as more and more restrictions are placed on the elders' basic human rights, increasing the chance of their continued arrest and eventual forced relocation unless we act now to stop this cultural genocide.

Please call and tell these officials to drop the charges against the elders and to stop harassing them and finally, to end the policy of forced relocation at Big Mountain.

also, listen to Amy Goodman's coverage today on Democracy Now that can be found on the Pacifica Radio web site.

***Please circulate and distribute this widely.***

Here is the story of how this incident came to happen:

After the Hopi and Navajo nations were forcibly relocated to the barren deserts of northern Arizona, they partitioned the land into 3 areas: Hopi-controlled land, Navajo-controlled land, and joint-use land. All was fine until Peabody Coal Company discovered coal reserves in Hopi and joint-use areas about 30 years ago. Since neither the Hopi nor Navajo nations had any kind of official governments (only traditional tribal councils) the Peabody Coal Company had no party to negotiate mining rights with, so they complained to the US Government. The US Government acknowledged Peabody's dilemma and created official tribal governments for both Nations. These tribal governments would more accurately be called puppet governments as they have never reflected the interests of the Hopi or Navajo and have always been in conflict with the traditional tribal councils. Immediately after these governments were created, the Hopi Nation negotiated strip-mining rights with Peabody and purchased exclusive rights to the small joint-use area from the Navajo nation.

The only problem with this arrangement (aside from the fact that it would lead to total decimation of the land including a sacred religious area known as Big Mountain) was that there were several dozen Navajo families who had been living in the joint-use area for generations and would have to be relocated. These families were coerced to sign accommodation leases which stated that the families could remain in the joint-use area for a couple years and then they would be relocated to new houses outside of the area (courtesy of Peabody Coal Company).

Those who refused to sign (which totalled about a dozen families) were subjected to unreasonably restrictive Hopi regulations and constant police intimidation. One of those restrictions was that each Navajo family could only have a dozen or so animals to herd and their herding range was to be greatly restricted. I know first-hand from having lived among these people that herding is absolutely essential to their way-of-life and survival. Most of their food, clothing, and resources come from sheep and goats. The Hopi could care less about herding because their culture is farming-based rather than herding-based. So what would happen is police would do surveilence of the Navajo herds by helicopter and if the herds looked too big or were outside of their range (which was often necessary in order to find scarce watering holes), the police would arrive and confiscate the family's animals, or worse, kill them on sight.

Other restrictions placed on these families included not being able to do any kind of maintenance on their houses (hogans), or building new hogans for their children. Their water use was also greatly restricted, especially how much water they could bring in from outside the area. Traditionally, the Navajos got most of their water from wells, but ever since Peabody began strip-mining the area and using thousand of gallons of water per day to slurry coal outside the reservation, these wells have been running dry. It turns out that Peabody has been tapping the same aquifer that used to supply all of the well-water for the area. The draining of the water table has also had the side effect of slowly depleting the few streams and watering holes that used to exist in the area. So not only are the Navajos restricted to a handful of animals to herd, but these few animals can't get enough water to survive, and the families are not allowed to bring in enough water from outside to offset the shortage.

Among other restrictions too numerous to name, the Hopi puppet government has now implemented a policy declaring that the remaining Navajos (now numbering less than a dozen) must receive permits in order to perform any religious ceremonies in the area. Considering that these Navajo have lived and worshipped on this land for generations, this is not only a blatant violation of religious freedom, but also an insult to their families, and a further method of intimidation.

Both the U.N. and Amnesty International have issues declarations of Human Rights Abuses in this situation, but of course, the U.S. government could care less. In fact, Senator John McCain has recently been urging the Bush Administration to aid the Hopi puppet government in removing the remaining Navajo resistors (which mainly consist of elderly women) under the guise of the current 'energy shortage'. Is it any surprise that Senator McCain has a large financial stake in Peabody Coal Company?

If I haven't made it clear yet, this situation is nothing short of cultural genocide. Obviously impoverished Native Americans don't stand much of a chance against political giants like Peabody Coal Company (especially considering the current administration). The only thing we can do is raise our voices in protest and hope that someone listens. I have taken this struggle personally as I am part Native American myself (and a modern primitive who values the traditional way of life). I went so far as to drop out of college in order to live among these people and help them to survive as best they could under the circumstances. I have witnessed firsthand the decimation that Peabody Coal Company has inflicted upon the land and the lives of these people. I have also witnessed great bravery and perseverance in the face of insurmountable odds and constant threats and intimidation.

I believe the injustices that are currently being inflicted on these people strike to the very heart of traditional living and culture. This is basic religious freedom we're talking about. If these people are forced to have permits in order to perform their annual Sundance, then what chance does the Church of Body Modification have of being respected as a legitimate religious institution? It's just another example of how traditional people are being marginalized to death. If we are silent, we have only ourselves to blame.