Nefarious and I had a desert after breakfast of a little vanilla bean gelato, topped with a strawberry that we grew on our porch. We've been watching it (and the others) redden on the plant and this was the first one of our mini-season. Definitely yummy. 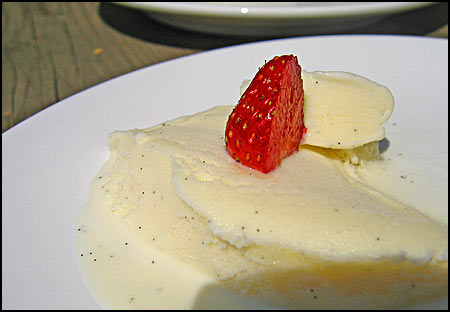 Anyway, I'm working on some analysis code for those log files right now. And playing with a Barbie castle that has been commandeered by a legion of toy ponies, and watching gymnastics with Nefarious. I think in an hour or two Phish and I will complete that interview and I'll try and get it posted today.

I got a new car today

…and it's really little, and really fun. 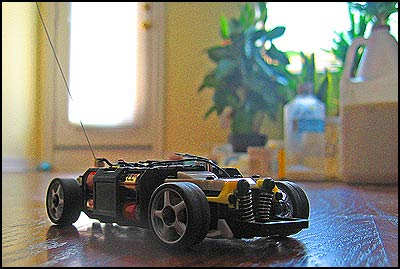 I was out picking up a little gear for the phone interview later tonight (which I now should prep for). I have the phone interface but I wanted a more convenient recorder so I picked up a cheap iRiver which is supposed to record to MP3 files natively, which should make my work in editing fairly easy.

So I saw this “25 things I learned from Google Trends“ and thought it was so dead boring that I'd do my own instead. Let's see…

(Note: these will change over time).

Sorry (for my sake, not yours) about posting so incredibly late in the day. A piercing update has just been posted, and I've got a member's update with 1.5k images queued up for tomorrow. Thanks to everyone for helping out and sending in so many pictures!

I'm not sure yet what I'm doing this weekend; I was thinking about going to the Hot Rod Hootenanny. I thought that I'd done serious damage to the Porsche setting up BMEfest. I was backing it into the space to unload some stuff, and bottomed out on the entrace bump to a terrible crunching/grinding sound. I pulled out again, and didn't see anything broken but the next day the “check engine” light came on… Thankfully a battery disconnect to reset everything seems to have made it go away (so it was a temporary malfunction, which happens every once in a while), although it does smell of Trogdor* a little. I hope it's just some plastic on the exhaust or something.

Let's see… They made me take the ads off Under Mars but the ones on the kitcar site (even though I haven't updated much — but check out this crazy car) are doing alright so Google sent me another cheque for $220 and they owe me about that again in the current period! Does this mean I'm at least a semi-professional blogger now?

Anyway, I think plans have changed a little bit (pushed back a week or two), but Nefarious and I went and got our passports today. They'll be ready on Monday morning. I was worried that I'd have to give up my old one because it has five years of travel memories, but they let you keep them if they're expired. Other than that, and it sounds bad probably, but I just love having my car back on the road, even though it's a little rough around the edges still. 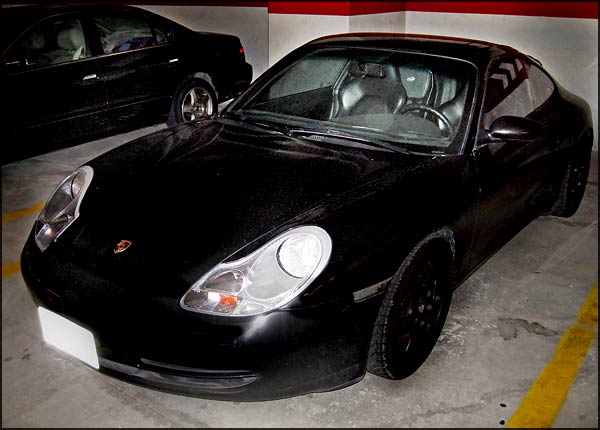 It's so bad and indulgant to even take a picture in the parking garage. There was a Ferrari parked across from me and this was much nicer I think. And yes, I'm very, very, immature to have thought this license plate, which is almost certainly the guy's name, was quite funny.

Well, I'm going to do a little more work on various projects and go to bed. It's far too late already, but I plan on getting up in the morning, cooking breakfast, and having a nap while Nefarious watches a movie. Sorry if that's bad parenting but holy hell am I tired out.
* of burnination that is.

OK, I think I'm going to have some pizza, think about the house I want to build, think about database rendering functionality, and draw pictures of one of the two… But anyway, I mentioned yesterday that our strawberry patch is doing well and things are just about ready to eat. We also went shopping for more flowers today on the way back from lunch with Havve, Muffe (Nefarious seriously loves his horns and implants — he told her the horns were to make it easier to stand on his head!), and Phil. 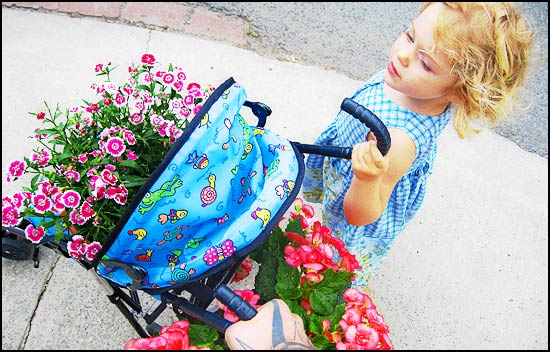 I took a couple of brief breaks to paint today. As you know, Nefarious draws the original at full size on canvas with markers and then I just fill the whole thing in with paint (but make no real changes). This is a bunch of monsters having a party in a cave. It's just an undercoat, and only part of that, so don't think this is even close to finished. She designed this for Jon. 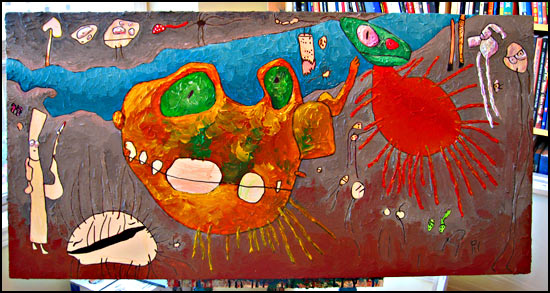 I'm pretty sure they're drinking something psychedelic.