As seen on my porch

Seeing just the few berries and herbs that are growing in little planters on my porch makes me wish I had fields and fields of them. I remember when I was a kid that my brother and I could hike all over the farm picking strawberries, blackberries, raspberries, currants, and gooseberries from various wild bushes, or watercress that grew around one of the springs…

I think the one good thing about peak oil and being forced out of our urbanized globalized cesspoll of gluttony is that it's going to force us to start living those experiences again. Humanity's wealth has pushed the rest of the life on the planet too far into poverty, and we've lost something important — probably something essential — because of it. 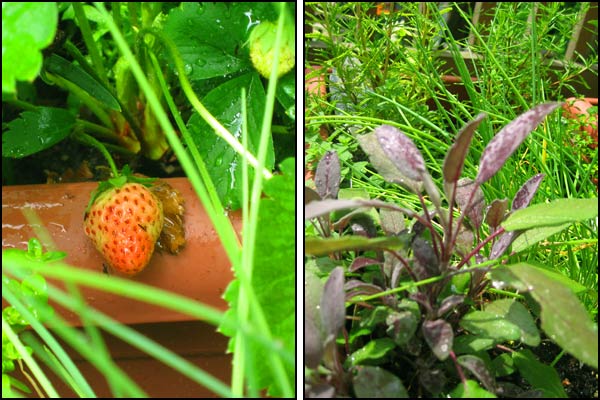 Even green living at full speed isn't going to save us. We have to slow down. That said, I do agree with Hawking (and Clarke, et al) that if we don't get ourselves (or at least some of us) off this planet, that we will become extinct given enough time.

Wow, this is probably the most precarious fourth of July in the last century in a half for America. A draining series of wars with more on the way, questionable internal politics, although something like one in ten Americans now have $10 million or more in assets, while other Americans legally work for the $1.30 an hour farm worker minimum wage. At this point the average saving rate has dropped to -40% (that is, for every $10,000 the average American makes, at the end of the year they are left with $4,000 in debt: very dangerous — how many credit card offers have you gotten), and because of changes to bankrupcy law, this almost guarantees a life of indentured servitude for 90% of the population. 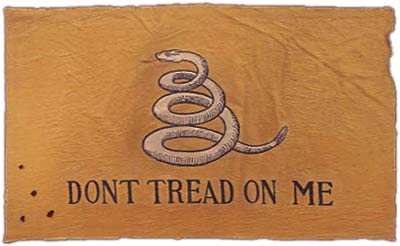 Iran is pushing very hard, as are a number of other sources both Middle Eastern and European (and South American), to convert the international currency to the Euro (ie. this is an economic world war), as economists predict that within the year the US dollar may drop to nearly half its current value, and then spiral into hyperinflation as the economy crashes totally a la Germany, Yugoslavia, Argentina, Venezula, and so on, and the world goes through a half decade of hell (what happens to countries like Canada and China who rely on American buyers to support their own economies?), assuming America doesn't go bonkers and just start lobbing nukes as all but its wealthiest people become unable to continue living the lives they grew up expecting they were owed.

Well, I'm already looking for a nice empty property to finally build my earthship on… Something simple like 20 acres with some water, some forest, and a nice hill. Earthship up on top, with a large warehouse buried in the side of the hill (mostly because the earthship is so pretty that I'd hate to uglify the landscape with a big machine shed). Now I just have to find some pretty hillbilly girl who's good with a shotgun and a bow, wants to run off, build monster trucks, stockpile ammunition, and live the good life so I'm not too lonely! It's too bad my parents totally trashed the family farm in their divorce… The land I grew up on was an amazing survivable property, but I hope at least by watching a divorce destroy much of what my parents built together helps me not make the same mistakes.

Anyway, today I have to head out and drop off a damaged computer (motherboard powers up for a fraction of a second and then shuts down), get passport photos taken (both mine and Nefarious's have expired, and she's headed to Mexico soon), drop off a microphone, and then maybe finally hack together then “email via picture” feature for BME/extreme and BME/HARD. It's something I'd like to have ready for this weekend's members update.

I put together a new sticker order that'll go in tomorrow. I tried to place it today but I forgot that I paid for some of my car repairs on my credit card and maxxed it out so I have to wait for the payment I just did to clear. Anyway, these are to scale with the circulars being 3.5″ around. So yes, that also means that those of you who are getting a “reward” for page damage won't have to wait much longer. If your mailing address has changed please be sure I know (just resubmit your request).

Of course some of those stickers are from Jon's projects as well, not just BME stuff of mine.

BMEshop's ISP “upgraded” their database server last night causing the shopping cart software to stop working this morning. Thanks a lot. It's being worked on right now and we'll have it resolved as quickly as possible. In the mean time, I was working on some sticker designs that I think might be nice for a shirt as well. If you want either of these, let Ryan know to print them in the BMEshop forum.

Some quick video of The Matadors

OK, this is just quick footage grabbed from my digital camera which I only had the sense to start taking video (15FPS, sorry) with at the end of the night (Steve shot on a much nicer camera so we may see some of that later). This is from when the The Matadors played the double set with The Legendary Klopeks (although this particular footage is just the Matadors). If you like what you hear, please be sure to check out their new CD at The Matadors or go see them live. It's seriously one of the best performances I've seen in years, and the band-duel brings it up a level for sure.

Thanks again to all three bands. Not mentioned above, the opening band was My Flea Circus who you may remember as Organical from BMEfest 2003 in Tweed. By the way, if anyone else wants to share their BMEfest videos (I didn't get any from the performances) you can either send them to me if you have time or even just post them to YouTube or something to share.

Now to start planning 2007! I think everything came together really well (thanks Orbax et al) and went off without a hitch or arrest, but I've got some neat ideas for next year that'll need a bigger venue and more time to arrange permits and all that (and I'm hoping that maybe we can convince Rachel to throw another ModProm). Thank you again to everyone who came and made the event a success.