Travelling until the end of the month

I will be in Europe from the 7th until I think the 18th, and then in Caracas, Venezuela from the 21st to the 25th for TransVision 2005 (and seeing friends). I'm really looking forward to it; I got to meet Jose Cordeiro, one of this year's organizers in Toronto last year and he was a super nice guy… Hopefully the rather intense looking Max More doesn't beat me up for writing critically about his wife last year and commenting on her breasts.

You can of course expect full coverage on BME again. Here's the links to last year's articles: part one and part two. Jordan is writing this year's piece.

On the open sea

A brief post before I get back to work… Cooked some noodles and vegetables with miso and seaweed for lunch. I know, most of what I cook looks almost the same and uses the same ingredients. That's in part because you can only get so many different things in Mexico, in part because one person can only eat so much so I tend to use the same pieces a few times before using up the purchase, and in part because I limit myself to things that don't take long to cook because of my schedule. 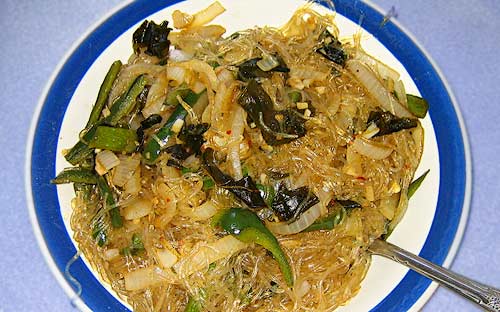 In regards to seaweed consumption (very healthy!), I've talked about eating dulse in this diary before, but down here in Mexico I have no idea where I can get a good supply of sea vegetables, other than a few sushi-related items. I realize that in theory one can eat pretty much any plant that grows in the sea, but I don't know quite enough about it (or the local pollution levels) to do so yet… if you're feeling generous I put some books on the subject in my Amazon wishlist but maybe I should just order some seaweed directly? I'm not sure it would get across the border though.

On sort of on the same oceanic theme, I just have to admit that my CAD skills have become absolutely abysmal with lack of practice. I'm trying to do a couple quick, rough sketches of my boat design so I can visualize it in three dimensions…

Other than that, Rachel and I leave for France and elsewhere in Europe (Belgium, the Netherlands) in a few days, for a total of a ten day trip if I remember right. Anyone have any suggestions on what to do or want to volunteer as a tour guide? Drop her a line…

I've just posted an image update to BME/extreme, as well as to the nipple piercing gallery with just over a thousand new pictures. Thank you to all the contributors and to Yumegari for the cover shot.

Since today is World Centennial Haiku Day (05/07/05), I thought I'd fire up the old poetry bot software I worked on ages ago… Because I never integrated the rhyming system I never finished building it (it was designed to convert regular prose into poetry with dumb AI by using a syllable counter, a thesaurus, and a rhyming dictionary), but I thought it might be fun to hack it to generate haikus from my email client's spam folder. Here's some of the output:

is it funny dave?
the sweet virgins love hard sex!
...be honest with me.

just listen to us:
a penile medication
make you hard like rock!

Anyway… back to processing images (I'm trying to get a good buffer built up so it's easy to keep the site updated from France), working on BMEvideo, and working on my new book…

More of "Cooking with Shannon"

I have a couple more recipe links for people who want to try something new. First, Twice Shy sent me this site full of raw food recipes. Second, I also wanted to link the very amusing Cooking for Engineers, a new food blog that I think has enormous potential and I've added to my daily reads. It's a bit too meat-and-dairy heavy for me, but bveggars can't be choosers, right?
(Original forum unavailable, sorry)*
Comments (0)

Today is the 71st anniversary of Hungarian physicist Leó Szilárd's filing of the nuclear chain reaction patent which formed the core of the nuclear bomb's functionality… America later imported him to help other European scientists on the Manhattan Project which eventually plunged us into decades of cold war hell and was instrumental in bringing about our current state of perpetual war.

I got a message this morning telling me, among other things, that I needed to stop criticizing the US government since it was thanks to America that I was even allowed to speak English and have free speech. That kind of surprised me, because after wracking my brain's history archives, I couldn't think of any situation where a land invasion of modern North America would even be plausible — it's not as if the Ruskies were about to roll tanks across thousands of miles of Siberian wasteland and then float them over the Bering Strait into Alaska and across the Yukon.

America is often compared to the Roman Empire, for a wide variety of reasons, but I'd like to briefly talk about its attitudes toward engineering. Unlike the Greek, Indian, or Muslim cultures, the Romans actually made very few independent contributions to science. They were on the other hand brilliant at appropriating it and applying it, which helped them grow to be a monstrous empire — but it also meant that in the end they stagnated and were unable to adapt, especially after widespread Christianity (“all men are created equal”) put a stop to much of their slave trade.

In the early days of the United States, the US government ignored all foreign patents, trademarks, and copyrights, allowing it to quickly build up its technological might, even though few of the inventions were domestic in creation. Coupled with abundant local oil giving large amounts of power, copious natural resources, slave labor (which later became cheap labor, and was eventually sourced overseas in foreign slavery — sweatshops, workers in nations with lower health standards, and so on), it allowed America to build to the top of the global food chain. Unfortunately, while like the Roman Empire application was brilliant, actual innovation was limited, and grows less and less every year.

Because of the precarious nature of America's extreme economic bulk, I worry that it has hit the tipping point where it will soon crumble, unable to adapt to a world where the nations that once supplied slave labor become equals. US citizens are now uneducated to the point where the US state governments are spending a quarter billion dollars a year in remedial writing classes for their employees, reporting that two thirds of their clerical staff have “inadequate literacy”. 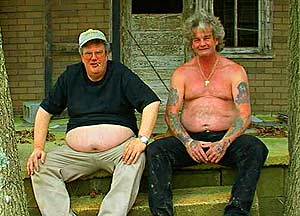 That brings me to the story of the new $800 million North American Toyota plant that will built the RAV-4. The US had offered hundreds of millions of dollars in subsidies if Toyota would be willing to build it in America, but Toyota declined, choosing to place it in Ontario, Canada instead. The reason? American workers are too uneducated to work in a high tech factory without supplementary training that makes it a financial impossibility, plus privatized American healthcare is so expensive that it costs more to employ American workers once they're unionized and actually have to be given a living wage and benefits.

I mentioned here before that 68% of all US taxation now goes to support war. To put that into context, this year nearly a trillion dollars will be spent on the US military. To further put that into context, if that number was simply cut in half, America could offer world class education to all of its citizens including free university educations (solving the issues mentioned above), as well as free healthcare, free universal high-speed Internet access, and still have enough money left over to “cure” poverty, disease, and hunger in Africa. Or simply slash taxes to a fraction of what they are now.

But I guess war is more important, right?

If you don't think so, you need to speak up with your votes, and you need to speak up by writing and calling your government officials and your media. You can change America, but you have to stand up and do it. America has the momentum to become something great, but it's at its most precarious stage — the next twenty-five years will decide whether America crumbles (or explodes), or if it blooms.

America, become that shining city on the hill! 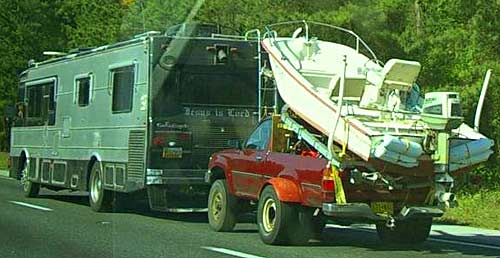 We <3 gasoline
According to Texas oil analyst Matt Simmons, oil may be at $100 per barrel by this winter (how will I power my computer), which would bring gas prices to about $4 per gallon — meaning that driving the average American SUV car a mile will cost a quarter (or worse). I think Sweden has the right idea — not only bring back your train system, but power it with rotting organic garbage. 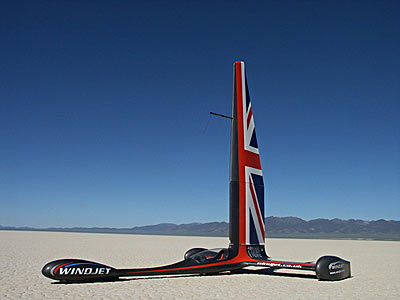 If gas gets out of hand, the above will be my new sportscar… but in all seriousness, I still really want to build a biogas car. I know that if I start a company that designs, builds, and markets them they could become the 21st Century's killer automotive product (or maybe air power will dominate instead… I could be wrong). If you're reading this and are a competent engineer or mechanic and want to go in on something like this, drop me a line.

Other than that, I see that the Live 8 concerts managed to produce monstrous amounts of garbage, with over six pounds of trash per person left lying in the Park. Ah, saving the world with overconsumption…