I've just posted another thousand images to BME, scattered across various sections. Thanks to everyone who helped out and to sid_suicide for showing off her, umm, corset piercing on the cover.

There will be another image update tomorrow, but it won't be a full one… the goal will be to do some restructuring of galleries and so on to partner more closely with suspension.org and branch some of what's currently in the ritual area back into a culture subsection.

I'm really losing a lot of brain cycles to this pi-art problem, and lying in bed with my heart pounding, staring at the inside of my eyes as I think about it makes it seem far more urgent than it probably is. Given the multitude of tattoos on the subject I think I am not alone in that impulse though.

As you know, the atypical application of statistical profiles is an interest of mine, and I believe that treating pi not as a raw number but as “instructions” is the right approach if your goal is to convert it into music, art, or even poetry and stories. I've also never seen anyone take this particular approach, but to me it makes a lot more sense to treat irrational numbers as manuals than as blueprints if you are trying to use them to talk to God extract meaning from the universe order from chaos.

PS. Our currently single cover-model from Boston is looking for a tattooed boyfriend. I wonder if IAM is a good place to find one? Note: Sleaze-bag IMs are generally considered a turn-off (I assume she agrees).

On a much lighter note…

Tara may have the longest tongue of anyone I know. 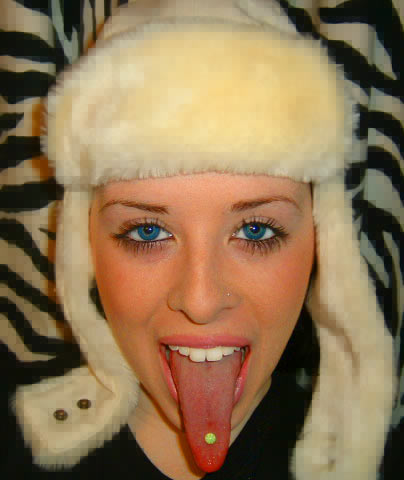 Apparently I was using my computer last night and have zero memory of doing so. At least when blackouts involve blogging there's a record thereof… maybe that's not a good thing, I don't know. It is a little disturbing to come to one's page in the morning and see something like that.

In a bid to end this current wave of madness and get some much needed rest I tried going to sleep in a different bed in a different room. As feared, by 3 AM I was awake. I tried switching beds… Just lay there thinking about algorithms that might pull something meaningful out of pi, but no sleep came even though I know I need it more and more every day.


To pass the time I listened to a few old CDs and it's a little disconcerting how similar my life is to any given Spiritualized album. One of the things that I don't like about being in Mexico is the lack of pot. I think it pushes me to want alternate medications. It's not that marijuana isn't here — I could get it easily — it's that it's very illegal and I promised Rachel I wouldn't break that law. But I can legally get oxycodone pills and every day I struggle not to crush them into powder, dissolve them, and push that sweet medicine into my veins and feel it run down my spine.

Anyway, I feel like my page here is becoming a bit of a trainwreck, something that people read not because they enjoy it or have some respect for my writing or ideas, but because there's a sick, morbid fascination with watching me crumble... like some sort of non-famous Britney Spears gossip...

Rachel will be back later today. I think I will feel better then and she'll put the pieces back together. 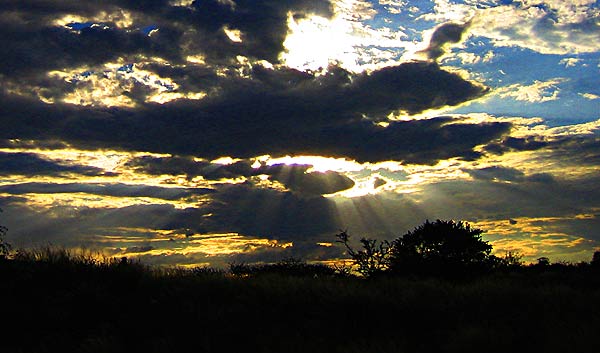 She's my sunset. Without sunsets, the stars don't come out.

As predicted, I've just posted another thousand-plus images to BME — surprised I'm sticking with my promise? This update gets me caught up to submissions as of last Wednesday. The cover shot is of course a female pubic shot through some naughty fishnet panties, but the cool thing about Christina piercings is that you can show them off without exposing pink and moving into explicit territory.

I (personally) am responsible for the naming of maybe a dozen piercings or so, and worked at the studio (Tom Brazda's Stainless Studios) that named the Christina. Now, I've done some many sordid things when it comes to naming and renaming piercings, but my friend Tom kind of screwed over another friend of mine in the naming of the Christina (but I bear no malice).

When I first moved to Toronto, I lived at Vaughn and St. Clair, right next to the incredible icecream shop Dutch Dreams where I'd regularly consume more than one immense crepe wrapping three enormous scoops of homemade icecream, and one of the girls that worked there lived in the same building as me. I think she was regularly blowing my business partner, but I'm not sure — he's always had luck in that department. In any case, one day she approached me, knowing that I worked at a piercing studio, and asked me about getting pierced “down there”

“Where exactly do you mean?,” I asked.

She looked at me like I was some kind of idiot and said rather bluntly, “you know, where the outer labia meet — haven't you ever been with a girl?”

I told her I was fairly sure that wasn't a common piercing (or even a known one) — this was 1995 after all — and I think at that moment the piercing community got collectively more sexually naïve in her eyes. She was however excited to hear that as the first known recipient of the piercing she'd get to choose its name. I took her in to see Tom, and after he gave her genitals a once over to ensure the anatomy was suitable, an appointment was made to do the piercing two weeks hence.

Tom can't keep his mouth shut when it comes to piercing any more than I can (if it wasn't for his zeal, there'd quite likely be no BME today), and by the time midnight of the day of her visit had struck, a handful of other women had already lined up to have their pubic fold penetrated by him. A few days later, a friend of his (who didn't have to wait for an appointment in his busy schedule) was pierced.

…her name was Christina.

On the left above is “Christina” herself, but on the right above is my inventive neighbor who came up with the piercing in the first place. I can't remember her name, or even what she looked like. All that's left is a single blurry photo of her crotch… but still, I consider her the creator of this piercing, if not the actual namesake — and if I could go back in time and fix things, it would be known by a different name.

That said, I'm glad that Urban Primitive's corny suggestion that it be christened the Venus Piercing never stuck. Anyway, I hope that story was an interesting piece of piercing trivia. One of the cool things about being one of the loudest blabbermouths in the early days of modern piercings is that I've got a zillion more like that…

Other than that, there's plenty of good stuff in the update but I wanted to showcase here some fine work from the always gonzo Emilio Gonzalez, one of the most boundary shattering artists I know that's not a monster (except in a good way).

Heavy blackwork tattooing combined with heavy scarification always works well in my opinion. Anyway, enjoy the update, and thanks again to everyone who helped . Assuming I make it to tomorrow, there'll be another one then, and if not, I look forward to chatting with all my successfully suicidal friends in hell.

I can do anything I want. And so can you.

First, an amusing picture to start the entry off right:

For some reason before today I thought Donny Darko was a gangster movie. I don't know why I had that misconception, but because scenes and characters from the movie are a popular tattoo motif (the image on the right is by Jimmy Lomax), I've always wondered, “who is this mafioso, and why is he dressed as a rabbit?”

Clive lent me the DVD today and I watched it on monitor number two as I worked on the other one and it cleared up my misconceptions. Anyway, as someone who's been falsely accused of being a schizophrenic because of unusually fine-tuned senses and perceptions about the world, I enjoyed the movie a great deal. It reminded me also that I need to tell some amusing stories about testing the water as to past, ongoning, and future crimes with the doctor assigned to my case… As it turns out, doctors in Canada won't turn you in to the cops unless you're actually going to kill someone — embezzling hundreds of thousands of dollars they'll keep a secret, and even discuss with you in detail!

I think I can talk about these things now because about a decade has passed, and someone else has already confessed to the crimes (and been convicted as well). Jedi mindtricks? Not really… But maybe a lawyer reading this will send me a note along the lines of “Shannon, you really need to shut the hell up before you get yourself in trouble!”