I get some odd photos… Say what you want about the moral implications, but this has to be up there as a difficult technical procedure a la uvulas? 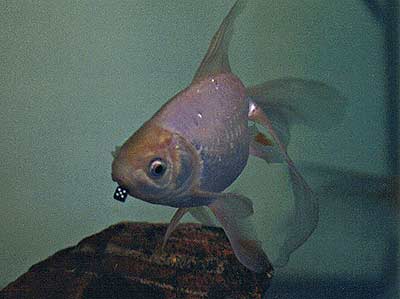 Don't bother bringing up the ethical implications to me — as an uppity self-righteous vegan I don't think this is any worse than torturously raising, killing, and then eating an animal, and will probably respond in some harsh manner. So I'm staying out of any conversation that stems from this photo!

On the whole I prefer not to eat fake meats, but Rachel got me this 100% vegan “beef” jerky. Flavorwise it's nothing unusual, but texturally and visually it's quite freaky (it's some kind of spun vegetable protein or seomthing) so I wanted to post it. The pictures are kind of gross:

PS. Who's your ideal president?

According to this someone like me should be voting for the Reverend Al Sharpton (before you laugh it up, he has a general anti-war, pro-civil rights platform), with my least likely candidate (7% agreement) being (surprise, surprse) Bush — and that includes people who haven't even announced an intention to run…

…I have to get caught up on two-weeks of email backlog (or at least the essentials), do an image update (wishful thinking), and then I have a bunch of supper plans as well. I have to also get a DV-DV (all my cables are DV-MiniDV) cable to hook up my Avid Mojo, and pick up my (backordered) drives. I'm already falling behind on that!

I was talking to Ed last night about what it means that chimps and other animals use folk medicone, often the same remedies as humans (ie. when chimps are sick, they find and take herbal medicines; other animals do it as well). An ultra-simple example is a dog eating grass when it has a stomache ache. Instinct, or something more? Tapping into a global consciousness, or simple biological response?

I'm trying to write the review right now for Håvve's book Ten Years of Pain. It's actually a very tough review to write because I think this may well be the best body rites book I've ever read. It's incredibly engaging and intimite. Anyway, I will have it written today! 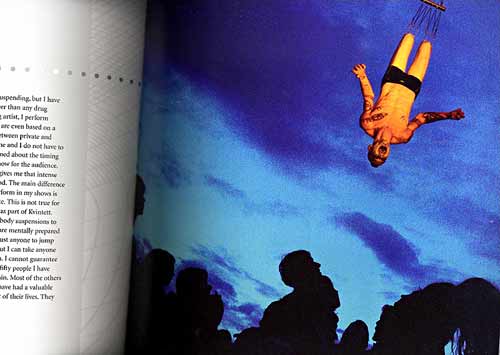 Well, the President lied about almost everything, promised to demolish civil rights, up military spending and expand to new wars, and continue to siphon money from Americans to the ultra-rich, while claiming losses as victories. The audience was split evenly between open disgust and blind cheering. A strange sight America is these days… I've got to admit I'd be somewhat scared if I was an American as to what's going to happen next.

Well, I just got this email (laid out as shown), perhaps it lightens the mood.

I thought Daschle did surprisingly well by the way. It would have been funnier if Al Sharpton had given the response, but still… It'll definitely be an interesting election. With America sharply divided, and one half threatens to plunge the world into outright war, this may well be the one that dictates the next twenty years of world history.