Did about two and a half hours of filling in of the background of my sleeve today… Mostly just fading from yellow to pink to blue. The top (not done) is black yet, and caps off at the shoulder. Realistically, there are a solid two more sits in it… I was hoping to get more done today… oh well… Now back to work for me! 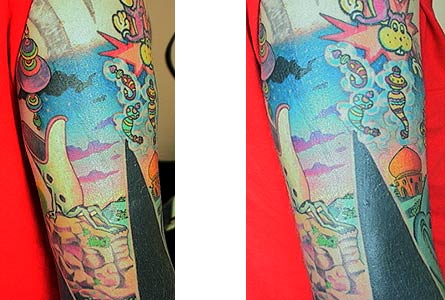 Waiting for the robots

So I'm playing with Google's Image Search tool, and I found the old picture on the right. That was a llooooonnnnng time ago.

Miscellaneous links… I hear that India is landing on the moon soon. And either America is full of stupid officials or they just hate the Scottish. Now this is cool: the pyramids may have been built using kites. Oh, and anyone want to buy me a computer? Or maybe a notebook?

Well. As I write this I'm offline. I'm getting a weird error: “No buffer space available”. I guess that my plaigerism robots are bigger memory hogs than I'd thought. I'm going to walk over to another computer and access via that one.

Oooh! Chubber is selling her BME posters — these are SUPER rare. Doing the posters was a project that never really took off, so there are actually less than ten of these on the planet! Contact her via her IAM page if you're interested! 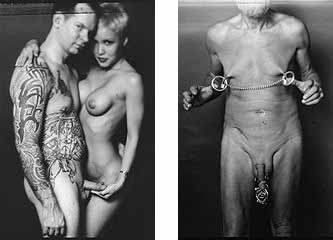 It's funny — the two fastest cars in The Fast And The Furious were barely featured. There was of course the 900HP blown Dodge Charger that somehow almost has a 95 Toyota Supra keep up with it at the end of the movie in a straightline drag, but more interestingly, there's a Kelmark sitting on top of the speed shop! MiL0 was none too happy with my excited gesturing during the movie — “that's my car! that's my car!”

Saira's father has volunteered to work on my Kelmark since I don't have time… Below is a friend's — his runs easily runs a sub-ten second quarter mile. He's probably pushing more HP than mine — he's running a twin-turbo 355, and I've just got a 350 putting out probably around 360 HP… But he's running a modified VW pan and a Toranado tranny, whereas I'm running a proper monocoque mid-engineering chassis, so I'll outhandle him easily…

(The sort of ugly yellow one is mine, and the red one is Chris's).

So I'm having dinner a few nights ago at Squirrely's with MiL0 and Phil. For food, I had Sicilian Bruscetta followed with a grilled cuttlefish salad. MiL0 had I think wings and a salad, and Phil had some monstrosity of a salad followed by a vegetarian Pad Thai. Anyway, even though I've cut my drinking back to way less than it was in the past, I still like to have a drink or two when I go out.

In the middle of the table there was a card listing various mixed drinks. They all looked pretty good, but for some reason when the waitress asked me what I wanted, I replied, “I'll have a Smurfette.” She burst out laughing at me, as did everyone at my table! Then when she brought the order over to the bartender, he looked at me, and laughed as well… Well, joke was on them, it was an incredible drink… Really yummy. I followed it up with a Jolly Rancher.

But then things took a turn for the worse! I think I must have an intense allergy to something in those drinks — either that or the cuttlefish (which after a Smurfette I'm told I ordered because it sounds like cuddlefish) was bad. My jaw started tingling, sort of like it had just woken up and had pins and needles. It just felt kind of odd so I didn't worry too much… but in a short time, it had changed to full-on radiating pain that shot through the jaw-joint out through my face and neck. I'd never experienced anything like it; it was truly bizarre… I suppose I probably should have done something about it, but I slept it off and the pain was gone about three hours later.

I'm told it served me right for ordering girlie drinks.

On a side note, I've reprogrammed my CD jukeboxes to properly do crossfading… And I'm getting tattooed tomorrow, so I guess that means it's time for bed.