I almost stopped because I was worried that I could be prosecuted for vandalism, but then I realized that in the future, vandalism will stop being prosecuted so I could freely vandalize to my heart's desire. 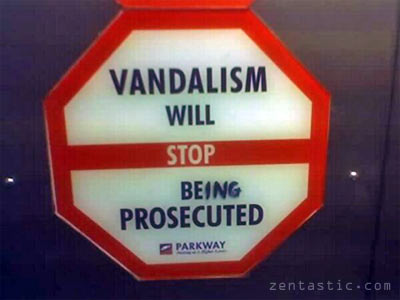 Everything that was in today's supper is in the picture below… some sea salt, dried chili (which were ground up), avocado oil, assorted seaweeds, seaweed pasta, lime juice, pink pepper, fresh garlic (because I got hassled about using some from a jar, haha), green onion, peas, zucchini, mushroom, and tofu… It's a lot of the same ingredients as the last meal I posted because I'm just one person so I takes me a while to get through what I have. 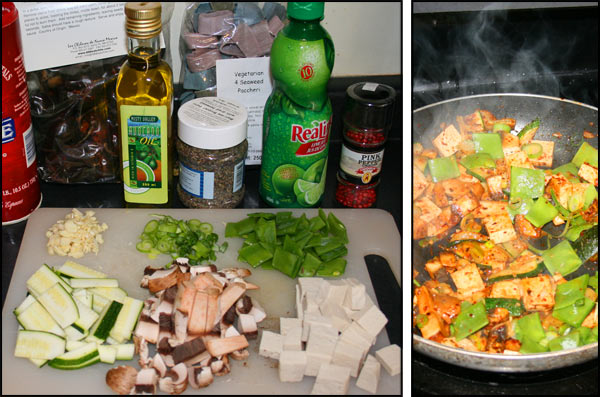 It's pretty obvious how you'd have to cook that so I won't blabber on about it. Mostly it was an experiment to see how much of the seaweed flavor would make it through the cooking. Virtually none did, so next time I'll either use more, or go a bit more subtle in how its spiced, because the peppers largely overwhelmed everything else. The pasta held it's colour well (better than the picture implies) but because it's old (thus the $0.45 price tag) it didn't hold its form very well.

That said, it was quite tasty and I ate two giant plates of it!

And yes, everything I cook looks the same.

Well, time to watch So You Think You Can Dance and then I think I may shave my leg because the hair hurts. Not the hair, but the skin that it touches. So I'll say I'm cutting off my whiskers.

Phil and I went on a whole bunch of shopping missions today. First we picked up a pile of stuff at Pasquale Brothers (including a whole bunch of seaweed pasta that had been marked down to $0.49, so that'll be my supper I think). Here are some of the garnishes for the various martinis we have planned:

And the various boozes:

So yeah… if you're in the Toronto you should come to the martini testing party (yes, we have sXe martinis too) on Friday where we'll use all these intoxicants. That reminds me — if you're coming up for one of the many events, you should be reading…
www.bmefest.com
…because that's where a lot of the info goes.

Other than that, I need to figure out what I'm wearing to ModProm. I have a suit that's nice, but it doesn't really fit right and it's kind of heavy so I might actually get something a little lighter. Phil took this somewhat “I work for Geico” photo earlier today. Yeah, I'm the missing link. 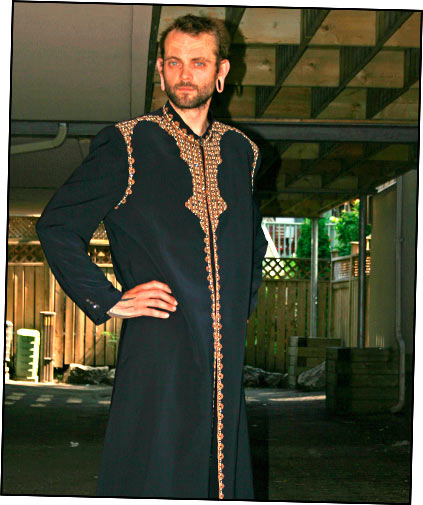 Any good looking guys girls people want to be my date for ModProm? Otherwise I'm going stag it seems…

I had kind of a messed up day, so I relaxed by making a yummy supper. I won't write about the messed up part of the day, but I'll ramble on about what I ate instead. Sorry if it's terrible boring.

I got a bottle of walnut oil a couple days ago because I'd never tried it before… So today I decided to cook something with it. This is a dish made up of portabello mushrooms, peas, green onion, red onion, parsnip, walnuts, and feta cheese, with the base being a garlic cherry-walnut sauce. 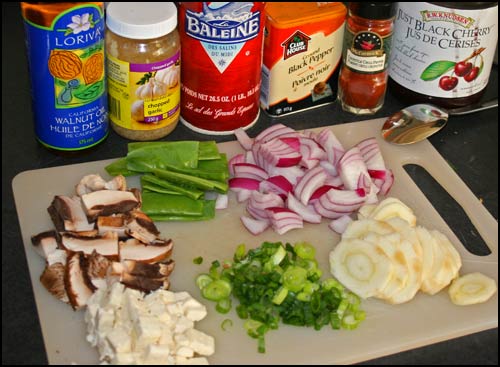 I started by cooking the parsnips in the walnut oil, some salt, and lots of red cherry juice (it's very sour), and then adding garlic and the red onion not long after. Then the mushrooms, some chipotle chili powder, black pepper, and about a third of the green onion as well as a handful of walnuts. At the last moment I tossed in the peas for a minute and took it off the heat. 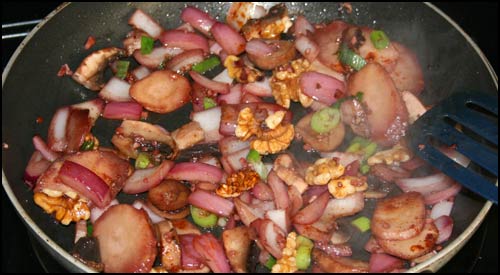 I ate it all mixed up with a brown rice, feta cheese, and the remaining green onion… 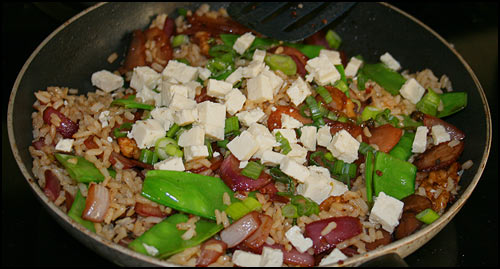 It was pretty good… And I hope quite healthy. 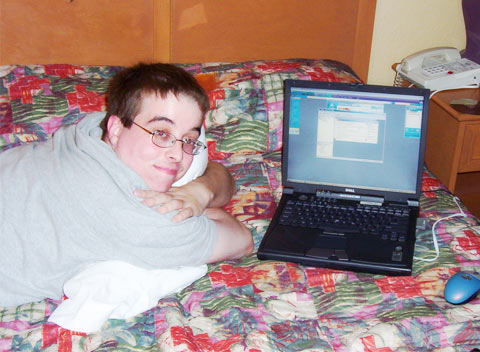