So I went to get my leg x-rayed and the first clinic I went to was full for the day so I went to see if I could just get the x-ray but they wanted a referral. So then I went to another clinic for the referral (and discovered that my car had been towed and impounded, but that's another story). Roo came along, and the initial conversation with the doctor was kind of strange.


“Where did you meet your partner? On the internet?”

“Oh, like at a tattoo place? Are you here for your Hep-C test?”

That went on for a while and then he checked out my leg, which seems to have a hairline fracture on the fibula that I've been walking around on (not really a problem, and because of the nerve damage it's not too painful) and a bony growth from it that seems to be bonded to the bone. That got x-rayed mostly to take a snapshot of it in case it turns into a tumor as well I guess. I went to get it x-rayed at the place down the street but they had closed (they close at 1 in the afternoon) so I drove to the next closest one (all of this took about five hours). You can't really see anything in these pictures… 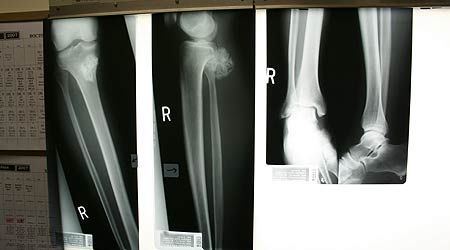 
“I have something else I need to ask you for help with but I'm not sure if you can… it's OK if you say no.”

“What, do you need a prescription for narcotics?”

I was really quite surprised because the walk-in clinics are not really supposed to give you prescriptions for narcotics (my painkillers), and I didn't even show any ID or anything. But it sure is nice to get that bird killed as well. While waiting for the prescription (which also took a while because there was a power blackout from the storm that took out the first pharmacy I went to) I took my blood pressure.

That's after two giant energy drinks and a massive coffee so it's a lot higher than usual (my pulse is normally about 55). Anyway… The day's done! No more wandering around! Time to eat something yummy and watch a movie and relax.

I went for a walk down the railroad tracks to have a drink and take pictures of flowers because it's been a stressful week so far. Wah wah wah. Anyway, I noticed three bees going at it on a clover. One refused to get off the other one's back and kept stealing the nectar it was collecting, and the third one wasn't sure what to make of it, occasionally leaving for other flowers, and sometimes landing on the back to make a three-stack, stealing the nectar that the original thief had collected from the industrious bee. 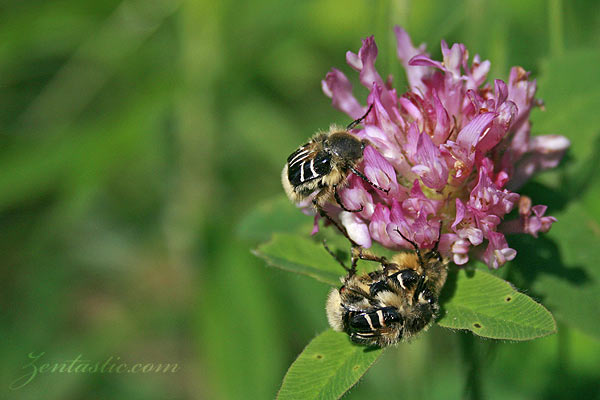 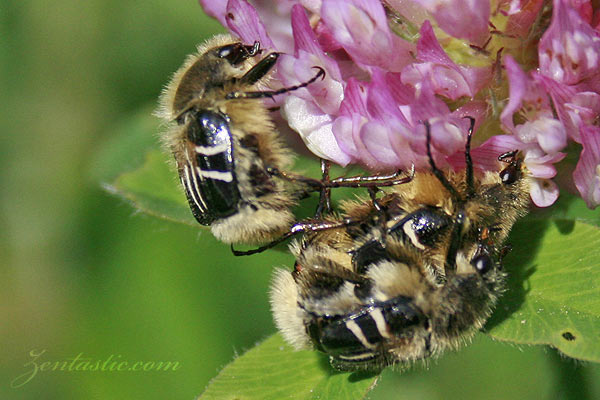 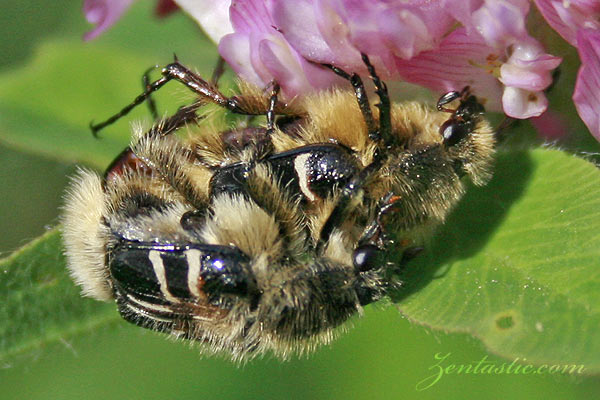 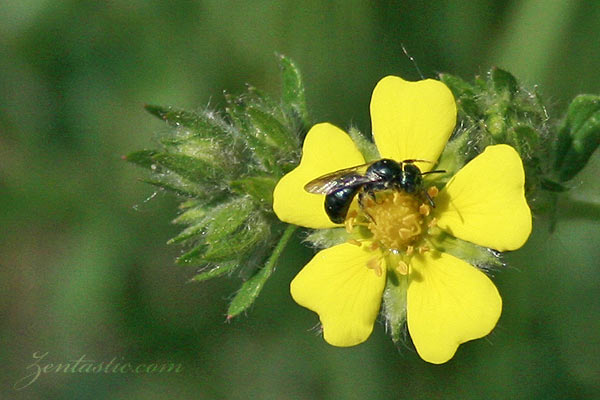 Oh, and if you didn't already see, Phil has BMEfest.com online, which has got the latest on the various end-of-June/start-of-July Toronto events posted.

Blast from the past

What were you doing in 1995? I made this coupon way back then for Tom's old shop when we all still worked together. I miss those days… 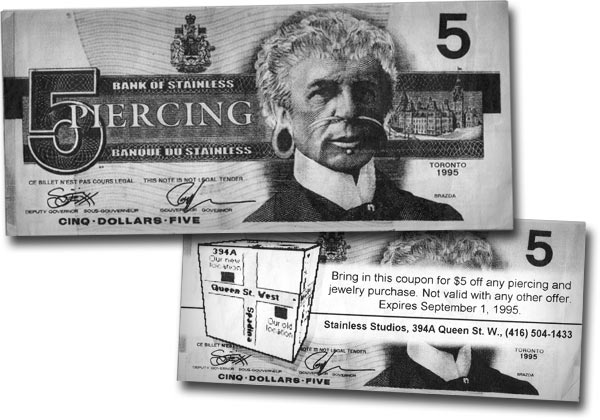 I think I will make a bunny first. It may end up a little mutated. 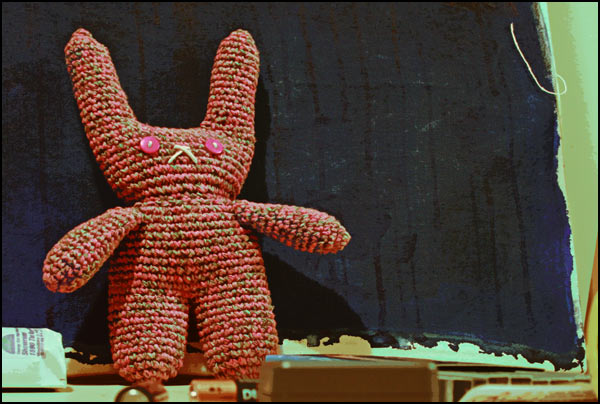 I'll try and post a full photoset on my much-neglected kit car blog later, but if anyone in Oklahoma is looking for an Invader GT, this one is on the market for $2500 or best offer. It's definitely an “eccentric” car and a bit of an ugly duckling, but I've got a soft spot for them. If anyone wants first dibs on it drop me a line before I officially post it. 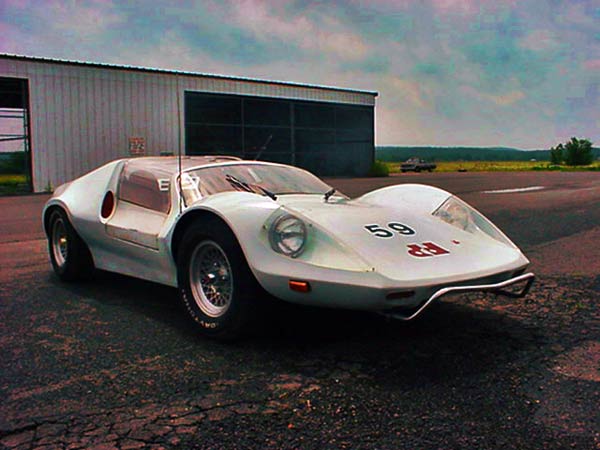 Roo and I appear to be making excellent progress on the BMEvideo overhaul so far! Woowoo! I love it when code runs right the first time around.