OK, just quickly: I am working on the year end numbers, don't worry. Every year I organize it a little differently… I expect to post it all some time tomorrow along with the year's first update. Sorry it's taking longer than expected, I'm having a little trouble with my energy levels. 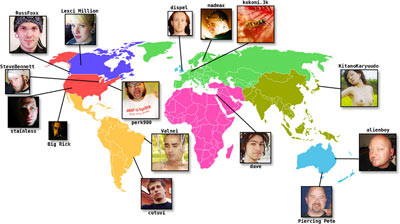 Other than that tease…

One of my doctor's other patients had some five-alarm biopsy result so my Monday surgery got bumped back a week (or that's what I've been told so far) because they're doing emergency surgery on this other person the day I was scheduled for my first procedure. It sort of sucks because I really just want to get this tumor out and be done with it and find out what it's like not to be in pain all the time… but I'm sure things suck a lot worse for the dude that bumped me out of my spot, so I'm definitely not complaining!

I went winter swimming with Daniel (my trainer at the gym) yesterday… Everyone else that I've swam with is tattooed and to the best of my knowledge have not had a pain response to the water — it's my theory that if you're tattooed, you've learned to deal with low level pain — but for that reason or some other, his pain response was intense… I think it's because he wasn't accepting the pain, but instead trying to fight it. When you jump into cold water, you have a false pain response for the first 30-120 seconds (although it goes away completely with regular swimming). Daniel stuck it out for about a minute and a half (with submersion as well), which is actually longer than we stayed in the first time so I thought that was quite good… And it's always fun bringing new people out as well.

Edit: From Allana via Roo:


Kindly remind shannon that I am NOT tattooed….. other than having Tom drill through my face with a needle for five minutes I've not had any notably intense or painful occurrences, including accidents, stitches, or medical procedures. Theorize that! Yarrrr!

OK, Allana is just tougher than the rest of us.

We're swimming again tomorrow afternoon if anyone's feeling up to it — I know Roo and Allana are coming, and they're likely more reliably online than me right now, so drop one of them a line if you'd like to join us. Honestly, it's really one of the few things that consistently makes me feel better and gets my spirits up… I can not recommend it highly enough.

Let's see what else… I was transferring money between my bank accounts so I could pay Phil, and the banks messed up and each one thinks they don't have the money, so now there's an investigation into which bank actually took it (my theory: HSBC, who appear to have serious bugs in their online banking system). I'm sure they'll have fun investing the money until they're found out.

Oh, and I bought my first ever vaccuum. How sad a comment on my cleanliness is that?

I feel totally wiped out (I'm not sure why I've been so tired lately), but before I crash let me post some photos from the swim at noon today… Like the article says, “While most of the brave souls ran into the water and then quickly fled, some basked in the chilly water, enjoying the moment a little longer.” That's us… In the pictures are Roo, Allana, Phil, and Angela…

Well, first of all the Toronto Polar Bear Club dip was both fun and funny — Out nutty club (me, Roo, and Allana — I think the papers should have some nice shots of them) were the only people willing to swim though (and Angela and Phil as well, but they were late so they didn't make the main swim)! Everyone else just kind of jumped in and then jumped out again, and we stayed in, swimming for probably about fifteen minutes in all — every five minutes they'd shout out to us, “are you OK?” 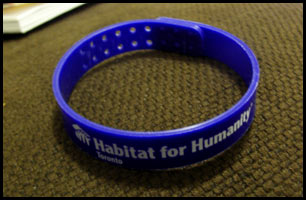 After that I went over to have a coffee with Saira and Michael. I've seen plenty of raccoons here in the city but seeing a possum is a lot more rare, and that's what was sitting on their back fence… Animal control came over and picked it up. It's a bit sick and I guess they keep it over night and then let it go in the park. Or so they say.

Their neighbor came out (the mother of the home), having just woken up to people in her back yard and asked what was going on… The conversation was decidedly deranged.


Neighbor: “What kind of animal is that?”

Animal Control: “It's a possum.”

The woman from animal control took a while trying to explain what it was, but the neighbor seemed to have a lot of trouble understanding the concept. She (or her son) has a pitbull that's had complaints filed about it (and this is a ridiculously anti-pitbull region), and their yard is full of dog crap, and I guess the animal control person had been there before about it so she brought it up.


AC: “Who's pitbull has been making a mess of your backyard?”

AC: “Maybe then your son will clean up so you don't get a ticket. And you have to have the dog fixed or he's going to get taken away.”

AC: “Yes, we would have to come and take it if you don't have him fixed or pay the tickets.”

N: “I can't afford to do that — how can you take my dog away just because I'm poor?”

AC: “Well, I'm sorry, but there are clinics that will let you pay on credit.”

N: “And how can you give me a ticket? I don't even know what kind of animal that is!”

AC: “It's a possum (repeat explanation)”.

AC: “That's an expression ma'am — it refers to the animal's temperament, not their species. A pitbull is a kind of dog.”

N: “Well it doesn't look much like a dog. What kind of animal is that anyway?”

N: “I don't see how you can write me a ticket for it, I've never seen an animal like that in my life before.”

That was about all I could handle so I went inside after that. 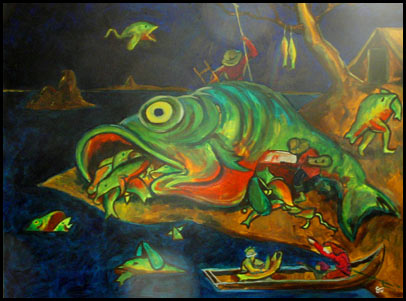 That's an old painting (eight years?) I did based on a drawing by Dürer. It's called “Big Fish Eat Little Fish”. Anyway, time to go build some top contributor lists!

My boring new year: I went to bed at like nine o'clock… The water was too choppy to swim safely (although I'll be swimming at noon at Sunnyside of course, but that's calmer water), and I was feeling pretty sore so I just decided to crash. I went and looked at last year's resolutions and I think I did alright with them…

I don't really have any real resolutions this year. I'm going to start taking Judo again after my surgery (which ironically is probably how I was injured in the first place, although it could easily have been many other things)… Anyway… time to do some work…
Comments (0)