First, if you didn't see, the beast of an update is there. Even zipped at maximum compression it was still a 130 meg upload — the biggest I've done yet over the satellite. I'm amazed there were no problems — I'm amazed how trouble free big FTP sessions are. I can't wait until they release their new high-speed upstream dish in Q1 2003.

I had a long talk yesterday with one of my oldest online friends who felt a number of statements I'd made were insulting to Americans — let me make something real clear — I go to the effort of writing about US issues because I believe in the documents that America was founded on — it should be clear from my general behavior that I deeply value those principles and philosophies. Like it or not, there's a real good chance that America is going to define the 21st century's world government.

I'd like America to do that with American values and American know-how, not with some kind of religious extremist and corporate bastardization that serves neither the world community nor the American citizen. Maybe I live in some pre-Lincoln libertarian American Transcendentalist pipe-dream, but I think America can do it.

I think it would be a shame if America went from being a land of cowboy engineers, rock'n'roll, motorcycles on the open highway, and personal freedoms to a playground where wealthy forces vie for power and control, while Brazil* and other young nations take America's place as rulers of the free world.

So I hope you understand why I link to stories about how the US hopes the inspectors find weapons, but that even if they don't, they're attacking anyway. Or maybe I could link about secret courts or scary black ops… But please don't just write this off as America bashing. I wouldn't write any of this if I didn't care about America.


The Reichstag Fire Syndrome occurs whenever a democracy is destroyed by creating a law-and-order crisis and offering as a "solution" the abdication of civil liberties and state's rights to a powerful but unaccountable central dictator. The men of wealth who put the tyrant into power are then able to reap obscene war profits.

But there is one article particularly worth reading (quote above) that I got in my email this morning: The Nazification Of America. When I first got the link, I figured it was going to be some militia kook making far out claims, but it doesn't grasp at straws at all. It just lines of a clear comparison between the Nazi climb to power and fascist control over the US. Worth reading.


* Note that I also say that with sincere admiration… I think South America in general is one of the most exciting places in the world right now and I think we're going to see amazing things continuing to come from it.

It's pretty blah out today… I think I'm going quickly burn through some must-answer messages, and then go for a walk and take advantage of the loss of snow to go clean up the BBQ space which still has some old garbage. Then it's back to work… Even though I've cleared the update backlog I still am incredibly behind.

Sometimes I get photos that make even me cringe. It's very rare, but this is one of those photos. I don't think it is, but I really hope it's fake, because it looks like bad news. Not for the faint of heart, and definitely not safe for work!

First of all, I have no idea why IAM was out last night — my assumption is that the power cycled and I just don't have it set up properly to automatically turn things back on, and because this satellite is so unreliable, I don't have a monitor on it. But as far as I can tell it's nothing to worry about.

Congress last week passed the homeland security bill, and yesterday the Senate passed it (90-9 no less!) as well. This article has some information on it (although a couple small changes were made since that article was written), but to simplify, the main issue is massive data consolidation. That is, a single government file will contain not only your passport, social security, driver's info, court records, and so on, but also every note ever made about you by any agency, as well as every school grade, every travel plan you've made, your medical records, every credit card purchase you've made, your internet browsing records, and so on.*

The above sounds unbelievable, I know, but data-mining permissions to do this are built into the bill — this literally represents the end of privacy for American citizens. In addition, the bill amends the FOIA act and bans citizens from inquiring about the actions of the government on this subject and bans them from asking what information has been collected. This FOIA ammendment extends secondary protection as well (so when the power company hands over your records they can't tell anyone they did so, or in the case of a story I've featured before, when the librarian hands over your records they can't tell)

The EFF has also been campaigning against this bill, in part because of its inclusion of the “Cyber Security Enhancement Act” which allows ALL government agencies (everyone from the feds to the local cops to even high school principals) access to your email and voicemail without a warrant or probable cause.

The bill contains other provisions as well such as forced vaccinations of entire communities, and legal protection for vaccine manufacturers so if things go wrong the injured public has no legal recourse. I could go on and on about it, but it's pretty messed up…

I wonder often how far the government can push the American public before they revolt; how many rights are you willing to give up? At this point the American citizen is pretty much the least free demographic group in the Western World (not that most are aware of it I suspect). But then I think back to Vietnam — people on the whole were willing to have their sons and daughters snatched from their homes to be killed overseas in a war that was considered unjust, and they didn't revolt. So I guess most people will die before they'll revolt, as long as McDonalds keeps selling Big Macs.

For me though, I guess it's time to start moving my corporate and financial assets out of the US. It's not worth the risk any more. I suspect many companies that have that option will start taking it as well. 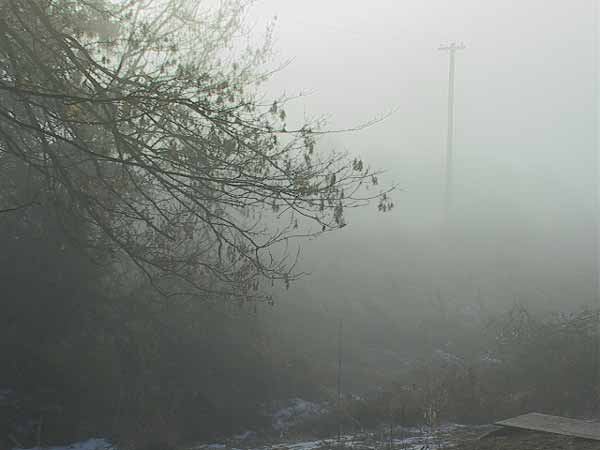 PS. Did Osama come back, or was I imagining that?


* I'll ignore that it's been spearheaded by the guy who run the Iraq-Contra affair and was convicted of five counts of misleading congress but saved from prison because he was given immunity by the government.
Comments (0)

I dropped off the Jeep today (I just don't have the tools here to do the diff), and on the way there I passed a convoy carrying a half dozen tanks, with probably more behind them. I assume they're being shipped from Petawawa (north of us) down to Trenton air base to be shipped to Iraq, but I'm not entirely sure considering Canada's scaled back military role right now. Anyway, it made me think I should tell a (sort of) war story that I don't think I've told here before.

I get asked pretty regularly how I feel about the German part of my family, since there were of course many on that side that served military duty during the second world war in aid of the Nazi party. My great uncle was even in the SS as a U-Boat captain, but my grandfather's story is very different. To set it into motion, even though I look like my father and I think take after him, everyone in my family swears up and down that personality-wise I'm just like my grandfather.

When he was eighteen years old he was called up for working service (working service is what you did before serving your military service). My grandfather was a pacifist and hated Hitler (as did many Germans, as now many Americans hate Bush), so he deserted the work camp and hid in a plough furrow in a nearby field — he was of course found easily. He got labelled as emotionally disturbed and after spending about six months in a military asylum he was declared unfit for military service and dismissed. He's dead now, but when asked about it he says that it was the sanest thing he ever did.

After the war, when there was a risk that the Russians were going to take the rest of Germany (ie. not just the East) he bought a large sailboat and taught himself to sail so that if things ever got goofy he could escape with his family on it. As luck would have it, American occupation of Germany kept the Russian influence out of West Germany, but at that point he'd already cut off ties with most of the family — they thought he was a fool for going to such extreme lengths to protect his family.

Then currency reform started happening, and my grandfather was forced to sell the boat and because things were uncertain he took his savings and packed up his young family and moved everyone to South Africa, a place where he felt he could live with both freedom and privacy. Eventually this path brought him to Canada. He also totally isolated himself from anyone who didn't accept his views on freedom and privacy and as a result spent most of his life without his parents and brothers and sisters.

My grandmother thinks these actions were the biggest mistakes he ever made, but to me, I see a man of principle willing to make personal sacrifices for the things he believed in. Anyway, I'm not sure now why I told that story. I think maybe I wrote it for Rachel to give her a little more insight into who I am and why I do some of the things I do… I worry that one day she may resent some of my actions as much as my grandmother resents those my grandfather made.