Toe socks: A birthday present from my sister (she's who's in the land video with Rachel). There's even a full-on rainbow pair.

My sister also gave me these Simpsons boxer shorts. They are very comfortable! AND she even baked cookies for me! Wheee!

Of course, if you're not into cookies, there's always cuttlefish (those were a present from Rachel). My mother gave me some jars (among other things) filled with home-made treats.

(On the left) I got some fire extinguishers from my brother — they're intended to go in my Corvette… Probably a good thing, considering it's the kind of car that tends to burst into flames. (Oh, wait, that's all my cars).
(On the right) He also gave me some of his old shirts — it's a long story as to why, but I'm glad to have them. I think I'm a fairly impressive guy as far as the things I've done and am capable of, but my brother faaaaarrr outshines me — I'm incredibly proud of him. This is a shirt from the 1RCR ironman team — he won the military ironman, and the team he trained ranked better than any other. The military ironman is a 33 km run followed by a 5 km portage and 9 km canoe paddle, and then another 5 km run, all in full gear of course. Until he got tied up in his current job which consumes all of his time he was becoming sort of a sports celebrity — he is the world armwrestling champion in the 220lb category and even competed in this year's Arnold Classic.
Comments (0)

First, I obviously object to military attacks on Afghanistan on principle. That said, I am very impressed at how effective they have been in minimizing civilian death — even Afghani reporters are saying only about 20 civilians were killed. That's remarkable. Assuming that the thirty or so targets they were shooting at weren't just rocks, 20 civilians is an incredibly low number given the power of the weapons in use. I'm actually quite shocked they could be used so accurately at such range.

Of course, I'm not sure I should believe any of it, and realistically, the war may well be fought in hand-to-hand combat, in which case the Afghani's will eventually win, although it will mean even further destruction of their land, and murder of their citizens. I'm not sure who's responsible for it… I suppose we all have blood on our hands. I probably have blood on my hands personally. All of the conditions that helped this happen have been public news for fifty years. Did I ever even spend five minutes to write a letter to my member of parliament to voice my opinion? I didn't, and under our democratic system, that makes me guilty and in part responsible for it. Did YOU do everything you could?

By the way, I forgot to link to Jim from Cloud 9's IAM page. He's the guy that did the very cool eyebrow piercing currently on the cover of BME. Anyway, his IAM page is steel.

I guess that the long term result of this war is that we'll start getting lots of heroin again… Dealers were starting to get a bit dry. The rather shady Northern Alliance, who “we” are now allied with and are supporting and I suppose trying to put into power, are one of the world's largest supplier's of opium/heroin. That's part of the reason why the US handed the Taliban about $150 million this year alone — to slow them down… Of course, we've just switch allies, but hey, I'm sure it won't be too long before the Northern Alliance get crazy as well (oh wait, they already are) and something will have to be done about them as well…

There will be no good end to this.

I'll tell you the real winner in this war. Cheap capitalists. China as well is making a fortune — where do you think most US flags are made? They're made in China.

And now let me ask you… Why isn't the image below what you see when you wake up. It should be. It could be. 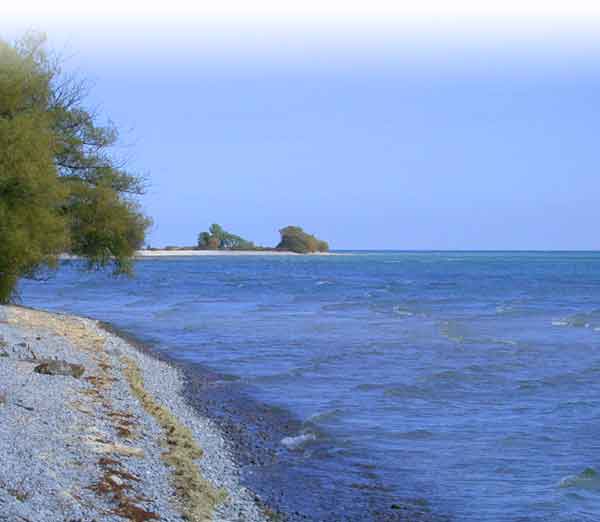 OK, it's confirmed now that Xtreme Body Mod magazine did steal photos from BME and reprint them in their magazine without permission — thanks to all those that sent me “evidence”. They have apologized and are agreeing to pay a usage fee, which we'll negotiate on Monday. That usage fee won't be going in my pocket — I'll divide it up and then mail out donations to some of the suspension groups out there, like TSD, iWasCured, Try This At Home, and others… That feels like the karmicly right thing to do (I'd feel like an ass if it just paid for buying me a RealDoll or something).

On Monday a run of COBM/Canada shirts will be going off to the printer. They're not for sale… However, we will be sending them out to all the people who've been helping us out with stories, donations, time, advice, etc.. We still do need stories about the following subjects:

In either case, we'll need as many details as possible. If it's pending, let us know and we'll do what we can to help. Also, let us know how your article should be signed — it really should be a name, not just an alias. For example, mine would say “Shannon from Toronto”, not “Glider from the great frozen north”.

Oh, and you don't have to be Canadian to help out. It's not like any of this is a purely Canadian issue!

Important: The church email isn't up and running yet, so just IM your stories to me here.

And now, the shirt (click it)… In about two weeks, when they're back from the printer, we'll be emailing you if you've helped out and I don't have your address/size from BMEshop so we can get a thank-you gift your way. If for some reason we miss you and you feel you should be on that list, don't hesitate to message me:

A walk in Kensington Market

I need new boots! Badly! I picked up these plugs from Blair – Bamboo Ian made them. (I didn't wear jewelry for a month so I have to stretch a little).
Comments (0)