Wow… Fishbowl took these amazing shots of the fireworks we shot off last night:

OK, of course there's the BBQ later today (rain or shine), but it's the July 1st BBQ that's the big one. I've got the petition engine hacked together — scroll down to the bottom of the page and add yourself if you're coming to the July 1st BBQ!

The forms are still really rough, but in a couple days I'll make it so you can add petitions and lists to your own pages. However… If you'd like to experiment and put a petition on your own page, you can click here. Please note that I haven't tested many of the features yet so they might not fully work (or work at all!). In addition, petitions have not been implemented for custom layout mode yet.

Some pictures from a memory stick I was just about to backup to CDR:

Spring is a time for love, right?

So I met up today with Dave and his I guess “date” Kenzie. Kenzie is sort of a Juliette Lewis over-the-top punkrockgirl… Dave and her were already a little drunk when I was taken from the X-Files by the knock on the back door… Since I don't really drink any more I lived vicariously by pouring beer after beer into them.

We decided to shoot up to the world's crappiest bowling alley and bowl for an hour before they closed. Saira was supposed to come along but she wasn't answering her phone, dammit, so she missed out on a good time. I continued buying the two of them drinks. Dave's game seemed to get better and better — by the end of the drunken second game he'd bowled a 180 or so, whereas Kenzie was hovering at around 30. Of course, she'd just jumped over a chair and been whacked by a ceiling fan (I'm not kidding).

OK, so Stuff Magazine said that I host one of the world's ten most wild parties a few issues back. Now, I'm not sure that that's true, and they're talking about ModCon, not the fireworks BBQs, but this will be fun.

Caitlin reminded me that since stores are all closed tomorrow, I'd better go shopping. I picked up some grub (hotdogs, veggie dogs, chicken breasts, condiments, buns, pop) and refilled my propane tank. I even stocked up on some beer for those that want to drink (Fin Du Monde, Hogtown Hemp, Crest Super, and Island Stinger). While it's in theory a BYOB even, feel free to chug a few of those as I'm “retiring” (hah) from drinking and shouldn't have too much — and chugging a few 10% beers will be the end of you.

Also, Phil wanted me to mention that he will be arranging a number of pulling and maybe suspension events. If you are interested in taking part in that, contact him directly. Phil has also promised to bring some of his patented and delicious tofu veggie skewers. 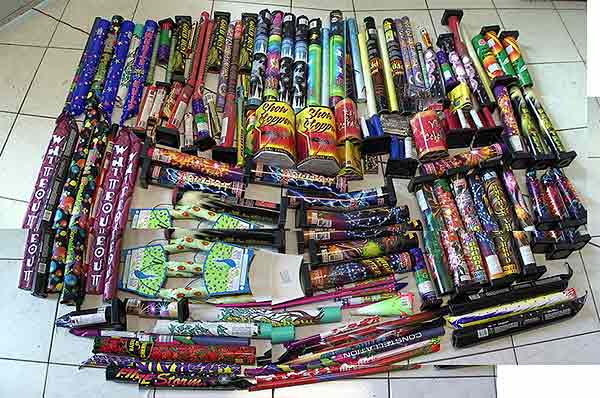