The Pigs Will Survive 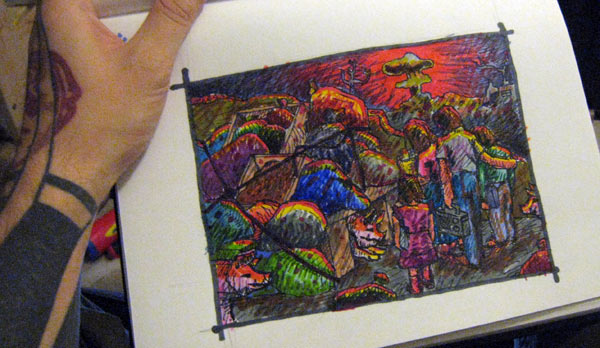 Ever since I first saw it, I’ve been completely enamored with the drawing below of a very dejected looking family about to enter a DIY shelter that can’t possibly be very useful, which comes from “Protect and Survive,” a 1976 leaflet from the British government on surviving a nuclear strike. The guide advises,

All at home must go to the fall-out room and stay inside the inner refuge, keeping the radio tuned for Government advice and instructions.

Stay in your refuge

The dangers will be so intense that you may all need to stay inside your inner refuge in the fall-out room for at least forty-eight hours. If you need to go to the lavatory, or to replenish food or water supplies, do not stay outside your refuge for a second longer than is necessary. After forty-eight hours the danger from fall-out will lessen -but you could still be risking your life by exposure to it. The longer you spend in your refuge the better. Listen to your radio.

DO NOT GO OUTSIDE until the radio tells you it is safe to do so. 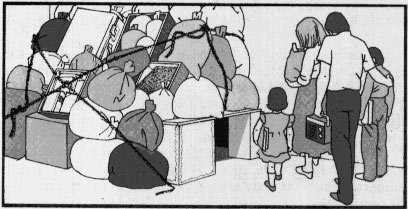 Unfortunately in the time between building this shelter and huddling inside it for a few days in the glow of the bombs on the horizon, pigs have taken over the shelter (in my version anyway)… I first painted this a few years ago but wasn’t very happy with it so I’m doing a new version. I prepped the canvas in a primer mix of gesso, crushed tortilla chips, oats, and stale crackers.

I have a 54″x48″ canvas primed that I might paint this sketch on. Russian Roulette sucks when you’re not using a revolver. It doesn’t matter that you only put one bullet in the magazine. Death will hold your hand though to make it less lonely, and a crowd — who do nothing for the loneliness — will watch on gleefully. 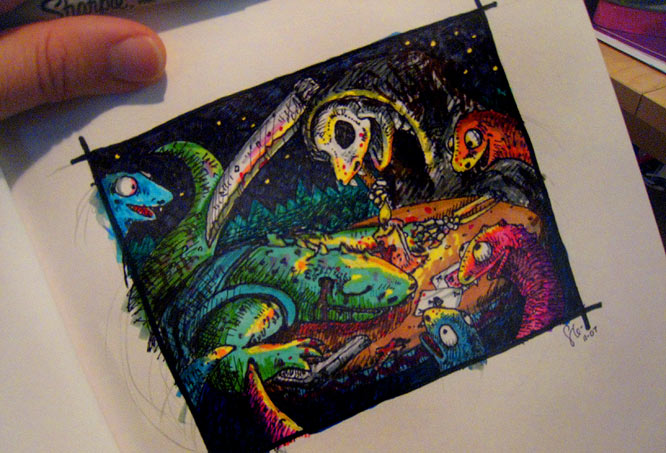 Lest you worry about my mood, a few other sketches from the last 24 hours (admittedly not all drawn, inked, and/or colored by me). 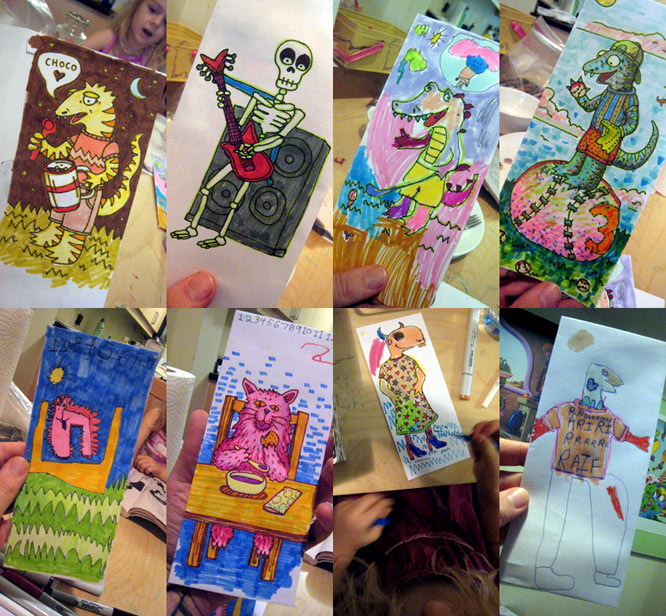 Since people have been asking about the picture on the left, I thought I ought to introduce Caitlin that’s coblogging here with me on this project, for those of you reading this that don’t already know her. I think most people reading this are aware of my history, so I won’t mention that, but briefly, Caitlin’s background professionally is first in theatre, having worked extensively in opera costuming. She’s a creative and gifted artist and toymaker, and provides a lot of the technical skills we need on our projects as she’s also a welder. 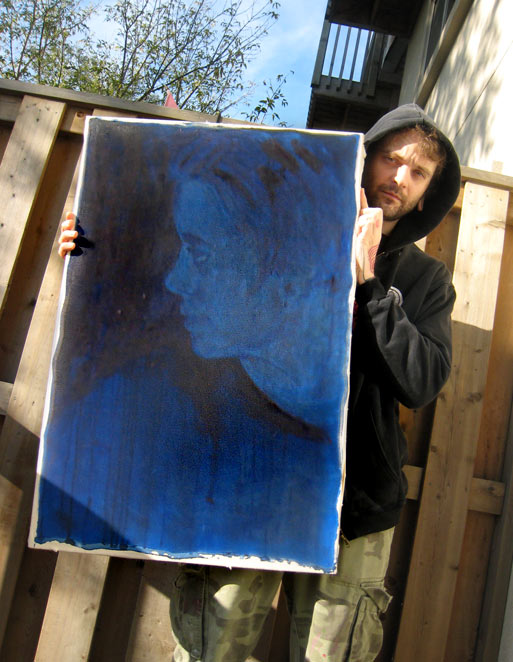 I met Caitlin in 1994 when we were both working at Stainless Studios (I painted the portrait above not long afterwards) — I worked in the back of the shop as a jeweler and she worked at the front. She’d actually been working there a bit longer than me and I started the job with a crush on her. For the next few years I was kind of like a cat bringing her dead animals, except in our case it was various items of custom jewelry. We also worked together with Tom Brazda developing new piercings and piercing technologies and she’s credited with naming two types of piercing. She helped on BME from its inception in various capacities (and was BME’s first employee), and was later involved in the start of BME’s community site, initiating and hosting all of the first events.

We started dating in the late 90′s and spent much of our time fantasizing about building a homestead — we had stacks of paper covered in drawings of Quonset huts, domes, and earthships, and looking through the latest Dignam catalog (she’s who introduced me to them) wondering where we’d end up. For a variety of reasons, some good, some bad, we spent some time apart, and now for many of the same reasons, we’ve ended up on our original course again and are in the process of following those dreams, too long put aside, on a beautiful homestead on Cape Breton Island’s Mira River, which along with documenting our art is the main purpose of this particular blog.

Anyway… If you see posts from her in the future, now you know who she is!

I feel that I am much more of an illustrator than a writer… if anyone reading this feels the opposite about themselves and thinks they can write the story for a children’s book, drop me a line with your ideas! I wrote a couple of outlines but I haven’t been that happy with the specifics.

Pardon the redeye… Work on Tikikaiju: Godzilla Creates Himself is progressing nicely with the primary basecoat being in place. I worked on it quite a bit and am in enormous pain from it, both physically and mentally. My personal theory on that is that to create something of beauty, you have to tear that beauty from yourself, which is one of the most excruciating things a person can do to themselves. Speaking realistically though, I think the phenomena is akin to Korean gamers that drop dead after intense sessions — that is, combat fatigue from extended and highly focussed concentration and exertion. 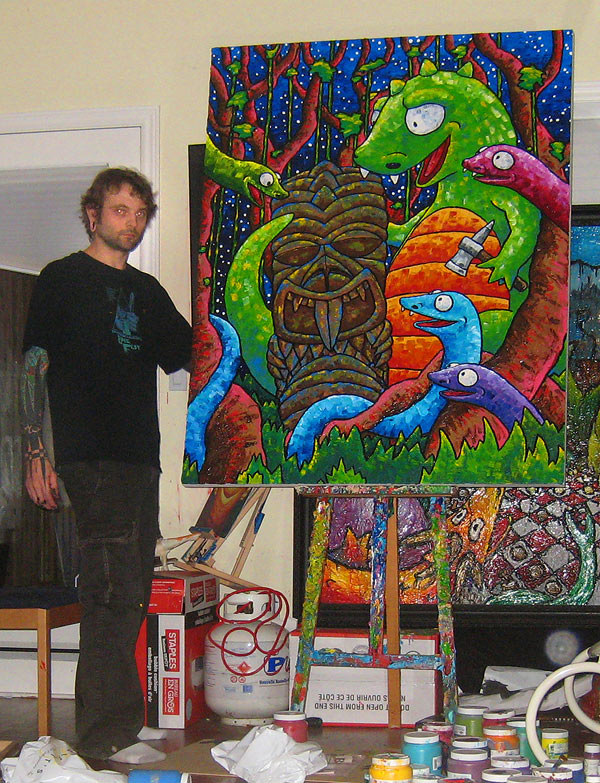