Thought it was about time to shave… Before and after

Bongs are for wimps

Here's how a real man smokes pot. None of these wussy bongs or pipes or joints. And even better, the pipe is dual-use for between puffs. Or maybe you prefer to smoke a big blunt? 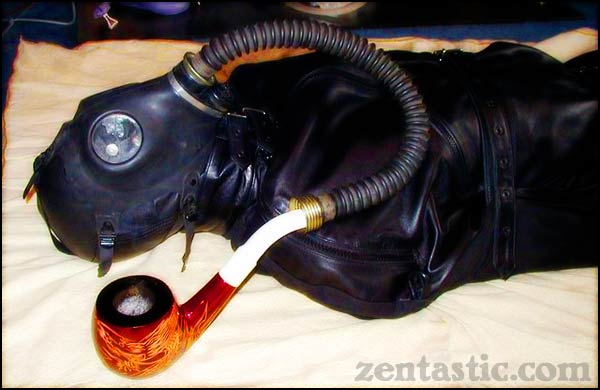 Anyway, BME members update later today… So much work to do on so many unrelated projects… Why is it that the more successful you get the less time you have to yourself? Isn't it supposed to be the exact opposite? There was a story in the local Gringo Gazette a while ago about this, I think lifted from one of those email forwarders… it goes a little like this.


A successful American businessman is vacationing in a little seaside Mexican village, and sees a fisherman coming in early in the day with his catch. As he's getting into his rusty old pickup, the American asks the fisherman, “why are you finishing work so early?”

“I've caught all the fish I need,” says the Mexican.

The American asks him what he's going to spend the rest of the day doing, and the Mexican replies, “oh, I'll have a nap with my wife in the afternoon, play with my kids, and then drink a few beers with my friends for the evening.”

The American explains to him that if he spent more time fishing he'd make more money and that he could build a profitable business — “If you spent the whole day fishing, soon you'd have enough money to buy a second boat, and then a third.”

“Oh really? What then?” asks the fisherman.

“Well, you could own a whole fleet of boats, and with the money you could move to a big city like Mexico City or even New York to run it from. You could even open your own processing plants and eventually you'd become a multi-millionaire like me.”

“How long would that take?”

“And what would I do then?”

“When you're old, you'd be able to buy a house in a small seaside village, maybe do a little fishing in the mornings, and then spend the rest of the day with your family and friends. It would be paradise.”

Anyway, it's a silly story, and in the newspaper they added a stupid twist ending, but whenever I'm swamped in work I think about it. Having money is nice because it gives you a lot of freedom to travel, get things you want, and so on, but it comes with sacrifice as well…. There's not a lot in this world that I want that I can't build myself from scratch if I have time… Sometimes I wonder if I'd be better off on a farm with a nice toolshed than in front of a computer.

But I suppose in time I can do both?

And as misguided as it may be, I really do want to make sure that my daughter and my brother's kids never have to worry (and Rachel, although she can take care of herself perfectly well)… While I hope the future of the West is sunny, it could easily spin off into harsh and unpleasant territory, and people may need all the help they can get.

Did I have a near death experience?

I went over to the mechanic's place today to see how the Manta Montage was doing in its hospital stay. I have to leave next week to visit Rachel's mother for Thanksgiving (without Rachel… how awkward is that, ha ha, luckily she's a very nice mother-in-law), so I'd hoped to get the car on the road before leaving so I can drop it off at the interior place so that's done while I'm away.

Anyway, since I got it, the rear right wheel has been making a terrible racket when driving. I'd first assumed that it was just something rubbing (the inner fender had come loose at the front left and it had caused a similar racket), but later after a proper check it was obvious it was a problem with the brake. The assumption was that it was just something minor, but check this out: 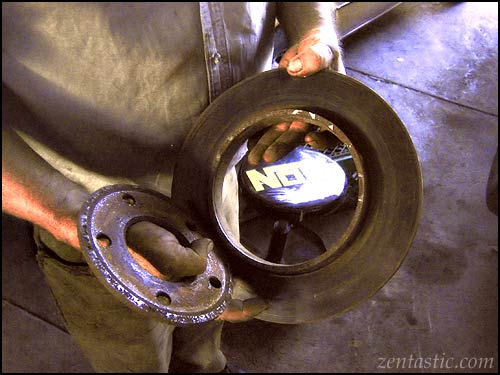 It's like one of those scenes from a road race movie where someone's wheel falls off while they're driving. I wonder how close I came to that happening. Ok, not really very close because not only are you at minimal risk below 20mph, but also because most of the pieces were still attached… but I can pretend it was a big adventure… Anyway, we think that's a disc from an 80's Camaro, so tomorrow with luck it will be on the road for real.

PS. For those that know nothing about cars, that's supposed to be one piece!

Another day, another update

I've just posted another image update with about 1,300 pictures in the public galleries. Thanks to tribalface for being the cover model (he just got his eyelids tattooed). I've also updated BMEvideo for those of you who are members there. 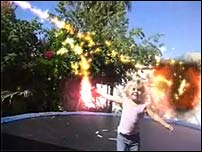 And since people were nice about the video I posted last night, I'll share here a second one. There's no masking or camera tracking efforts put in, so the particle effects are sloppy at best, but it was fun for Nefarious and me and I hope Rachel too. Some time I'll map it out correctly but I have more work than hours these days. These days? How about for the last five years I mean.

Anyway… Experience update will probably be posted some time tomorrow, and I'll do some bugfixes to clean up the current problems with the review system then, and a members update should follow the next day. And there'll be more videos, ModBlog posts, and so on as well.

I don't normally post videos to this page of our daughter because of sickos that read here, but Rachel said it would be OK if I posted this… It's one of the little videos that Nefarious and I made for Rachel while she's in the hospital… Maybe we'll make another tomorrow because the particle effects in this one are so sloppy and Tater has been asking me about his co-starring role. 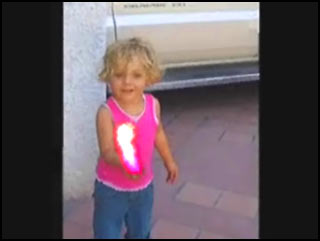 I should probably install something other than Microsoft Movie Maker too…