My picks for best caption:

1. “…after I'm done here I'll sit on your face and pierce your navel.”

2. “Dude, didn't they arrest Bertrang for this?”

3. “Inducting girls into the sorority has become so much more fun since hazing was outlawed. Just imagine what our Fraternity brothers are doing now!”

I've posted here a few times saying that to some extent I'm the “underperformer” of my siblings (although I still do a lot of stuff!). My sister recently finished doing an amazing documentary on Matthew Good, and my brother is now ranked second in the world in the pro unlimited weight category of arm wrestling, neck and neck with John Brzenk. You can see him destroying Jacob Abbott at Chehalis, and he's in the current video of the month over at ARM TV (also footage from Chehalis). Check it out if you're into this growing sport.

It's funny — when I left home, my brother was just a skinny little kid. My skinny friends Todd and Scott called him “wings” because his shoulder blades stuck out so far… Then he took off for a while to find himself, worked on the oil friends, hitch-hiked across Canada pool sharking, and exercised like crazy, and when the bunch of us returned from university he was 6'5″ and his muscles dwarfed us. Of the kids in my family, I'm “naturally” the biggest, but his ability to focus and exert gargantuan effort has pushed him to world levels in a number of sports. I'm incredibly proud of him (and my sister too).

I need a place to weld…

I think the only thing that I really miss in terms of where I'm living is not having a workshop. I have so many thing that I want to build; everything from just sculpture to being able to work on cars again to crazy inventions… and of course toys for Nefarious. Obviously here in this apartment I don't have anything, and even at the old Bathurst St. place which let me get away with almost anything I couldn't work in the back yard because fiberglass, painting, and so on was enough fume-wise to really upset the neighbors — who were rendering fat in their kitchen, which definitely smells a lot worse than resin… unfortunately it's also perfectly legal. 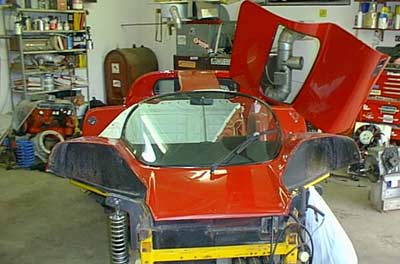 Above is my old Manta Mirage partially disassembled. I really miss that car, it was a blast to drive. I like the new Shelby GR-1 a lot as well, although (as you can see in my compariison below), it really looks a like a modernized Kellison to me (not that there weren't other cars at the time like the Cheetah which were also similarly wangtastic).

Anyway… I've got work to do, as always…

…why celebrities can pick great cars, great clothes, great makeup, great surgery and exercise programs and so on, but they can't pick a decent tattoo? (link: rebekah)

Guess the Celebrity Tattoo
My theory: because they're dumbasses that can't do anything right unless they're being coached. They're coached on what clothes to wear and so on, but their tattoos are things they sneak in on the side on their own. Unfortunately, being dumbasses, they get appropriately dumbass tattoos when they're not chosen by their stylist.

The only celebrity tattoo that I can think off of the top of my head that I really like is Mike Tyson's… and it's the one that's been most slagged in the mainstream media. 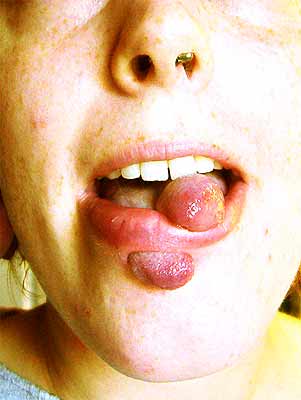