Dawn of the Dead

So this morning I went into Belleville to Walmart to get diapers. I don't think I've been in Walmart or any big store like that for years — what a strange place the Earth will be when Walmart rules the world… I mean, it's already the largest employer in something like 1/3 of all US states and its market share keeps growing. Because of its universal nature, it really does have the potential to become one of the dominant forces in the world… Seriously, what happens when Walmart's profit is triple that of the US government?

Anyway, I went to Starbucks on the way out of town. On the way in I got complimented by a guy with his kids on my This Bank Can Blow Me attire… told me with what he'd been through, he needed one too. I was surprised that Starbucks was open though. The rest of the mall was totally shut still, so the Starbucks booth was just surrounded by a giant cage of bars and glass. Being in a deserted mall inside that little box with life in it is an odd feeling.

“This is kind of like a Starbucks in a prison”, I said to the dude making my mocha.

In one of the most tired and depressed voices I've heard in a long time, in a slow drawl he said to me,
“it feels like that all the time to me.”

Stealing money from the taxpayers? I'm not just talking about the direct war money flowing into the hands of the defense contractors who were some of the primary sponsors of the Bush campaign. I'm also talking about it flowing straight into the hands of Cock Cheney to the tune of at least $1 million a year from Halliburton, who just doubled the size of their bill for the Iraq cleanup effort to $185 million (more).

Does it worry anyone that America is being run by some of the richest men in all of history, and that while the economy goes downhill, and the American people get poorer and poorer that their assets continue to skyrocket?

PS. Science news is hot? I mean, I don't know if it quite falls into the two chicks at the same time category, but it's in that universe. I'm sure it will inspire dirty jokes at MIT parties for some time.

I wanted to briefly remind people coming up for BMEfest that pot is legal in Canada these days. Below are a couple stickers from a coffee shop that you can buy/smoke around (this one's in Toronto's Kensington Market). Be cool though; it's not really legal; just decriminalized.

He was nice… kept my neck filled with ice.

You asked for it — for years — and now you've got it! We're finally doing a run of our most popular design ever on underwear as well. I don't know exactly when they'll be in stock, but they are in the queue (so maybe a month or so, but that's not my department). 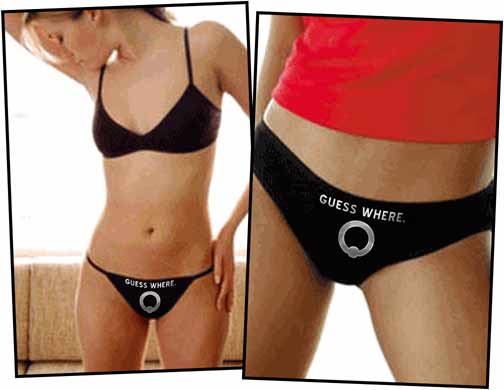 Thought I'd share this email (I haven't replied to it yet):

…and then I've got another jackass emailing me over and over whining that he got blocked for having a spy / no-mod account, basically saying “I broke the rules for almost two years without you noticing; you're treating me like shit if you kick me off!” Yeah, and when you rape someone fifty times, suddenly you get grandfathered in and it's legal? Whatever. 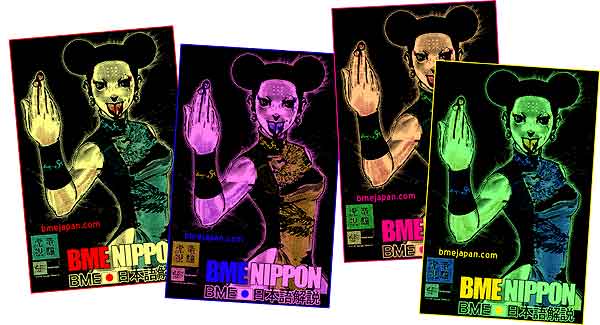 I need lots of swag to send to Finland and Russia, right? I'm thinking about ordering some of these as well. I think they turned out OK (especially the middle one, but then, I'm biased). I figured out a really easy way to trick Photoshop into doing relatively complex colour separations so that's been fun to play with too…

Update: I've just added the following two stickers to the order (if your monitor is set up the same as mine this should be actual size). I can't promise that I won't just stick all of these in my own work area though… I'm totally into the girl in the picture!

Oh, and thank you to Lee Higgs for the photos.