It's rare for Leeta to sleep like a normal dog… She seems to sleep best twisted into the most bizarre shapes. Compared to her other contortions, the pictures below are far more tame: 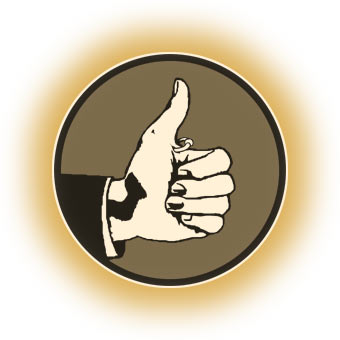 Since there's some speculation and accusation about why I comment on what I comment on, I want to repeat something I'd written earlier in the forum. There are certain things I want — demand — in life, that I consider fundamental rights. These rights are being threatened, and I consider that a declaration of war on my freedom. Anyway, two of the things I consider primary rights are:

There was some “uncomfortable” police stuff going on at the coffee shop so I just drove past it this morning. I stopped by the 7-11 to wait for it to blow over and picked up a “Jolt Espresso” while I waited. Not a good call. This drink sucks. The only good Jolt is the original and the grape flavor.

Preface: If you don't like my general political, quickly click here before moving your eyes any farther down.

First, a few of you have asked me to point out that any comments I make are directed at the US government, and not at US citizens, since the government does not represent the citizens of America… Well…. If Bush has an 85%+ approval rating, then I'd say that his actions do reflect on the average citizen — over three quarters of Americans agree that “Axis of Evil” is an accurate statement… of course, as of 1999, 1% of Americans believed that Germany is the single greatest military threat that the US is currently facing!

A few people passed me this Salon article about the government asking bookstores to hand over records of what a person buys. It's one thing for them to ask one store, but what happens when they ask Amazon? Amazon's knowledge on any given customer, along with real information on what the purchase “means” contextually is terrifying. I try and keep as little information on people as possible, but even what I know about a person, along with what I could learn if I actually wanted to analyze logs is really scary… Sucks that all the anonymity services are going under.

Oh, and for those of you that have been following the RaiseTheFist.com trial, its webmaster has been released (he was arrested for his extremist anti-globalization views). There's an article on it here, and the full information is of course on Cryptome. I should note that even though they let him go, they've still got all of his hardware and records and have no plans of returning them. Also, this guy may well step the line between responsible civil disobedience and being a “terrorist”, so don't be surprised when they re-charge him soon. In the article they claim he had molotov cocktails and other weapons — in prior activist arrests I've seens things like bottles of antacid called “Molotov Cocktails”. I've even seen guys get accused of attacking the police with tear gas for kicking away a teargas cannister that's fired at them (while peacefully sitting on the sidewalk singing) BY THE POLICE.

So don't read into the claimed offenses too deeply if they're not willing to even follow them up in court. They're just an attempt to demonize. Not that surveillance and harassment of minority groups, whether political or ethnic is anything new…

Anyone who works in the computer industry beware; they're starting to play up the hacker scare more seriously now. The US has even announced that they are willing to stop hacker attacks with military action (from a foreign hacker that is, as if the Chinese government has any real control over Chinese hackers)… Of course, they also point out that most of our key systems (banking, credit records, government and military networks, hospital networks, etc.) are probably totally compromised. That, coupled with the upcoming requirements for ISPs to hand copies of all requested customer records and log files to the government, and for software developers to allow the government access to their source code, is making a lot of us very nervous…

I'm sure that most of you have seen the stories on the US forces in Cuba and Afghanistan (and Salt Lake City) full-on torturing the detainees there… All week the reports have been coming in, since now they're realizing a lot of the people they were holding were neither Al Qaeda nor Taliban — just simple farmers who were in the wrong place at the right time. Now they're coming back and telling the papers and television stations how they were repeatedly asked “are you a terrorist?” and “have you seen Rambo III?” (I'm not even kidding)…

Luckily those are mostly just poor farmers with no understanding of the Western legal system, but the early detainees in Britain and America who are now getting released since there is no evidence other than skin color and religion linking them to the crimes are considering legal action… Can you imagine the multi-billion-dollar lawsuit that could be launched against certainly America and Britain?

I'm also keeping an eye on the US and UK's recent nuke tests. I'm sure a lot of you read the article in this month's WIRED about the expiration of the nuclear weaponry — the stuff really doesn't last that long. The US now has the problem that the staff with actual test experience are retiring, and that the bombs themselves are expiring… I think by 2015 or so, the US has no bombs left… So they're starting up the tests again — can you imagine what would happen if only Pakistan and India had nukes? I'm sure that the US doesn't like that idea! The bigger problem though is that current nukes are being designed as “low yield nukes” which the scientists who developed the technology are strongly protesting. Nuclear bombs are deterrant weapons — they are meant to stop a war from happening because of the extreme damage they make possible. Low yield nukes on the other hand are designed to be used.

Here's another suggestion on how to end the current world crisis: Make America a true union of states. Make every US state a full-on country, with a shared economy and currency — much like the EU. Not that it would happen, but a situation like that would allow the US to retain its wealth and power, but could eliminate many of the unpleasant side-effects. America was never designed for a big central government, and attempting to implement one doesn't work. Here's my suggestion for Canada: Let's go back to the monarchy. It might surprise you, but I support the monarchy.

Here's what a modern king/queen is… They are born into extreme wealth that will never go away, meaning that they are presumably not motivated by money and will not run the country with corporate advancement and personal wealth in mind. They are raised travelling the world and being deeply involved in humanitarian causes. They are extremely well educated and well cultured, and really “get” the way the world is. From the moment they are born they are raised to be leaders. I don't believe that there are many more qualified… But, it'll never happen…

Anyway, one last story to follow is the latest in the Milosevic trial… They now want Clinton and other Western leaders to testify, saying they were complicit in the warcrimes, and that the US was funding Al Qaeda against Serb forces.

Oh, and if you want an “interesting” link, check out the pro-Jihad site Azzam. I'm not at all supporting their suggestions, but reading it gives a fascinating insight into where these people are coming from… Know your enemy, right?

The latest poll goin' round

QUESTIONS
67. Have you ever gone skinny dipping: Yes.
68. Do you sleep with stuffed animals: Yes.
69. Have you ever broke/sprained/fractured a bone: Only other people's.
70. Do you have any piercings: Yes.
71. Do you Have a Tattoo: Yes.
72. Do you sing in the shower: No.
73. Experienced love at first sight: Yes.
74. What's your favourite colour: Blue.
75. What are your favourite bands: I know them when I hear them.
76. What do you dream about: Transcendence.
77. Who are your friends: I know them when I see them.
78. Who is the loudest: I don't really have loud friends.
79. Who's the quietest: Most are pretty quiet.
80. Who do you tell your dreams to: I live my dreams.
81. Do you want your friends to do this survey: Sure.
82. What's the funniest thing you said these past few days: Ha, you tell me.
83. What's your favorite flower: Dandilions (they're honest).
84. Where's your favorite place to go: The ocean.
85. Coolest person you've met: Dr. Kent Cullers.
86. What's the dumbest thing you've ever done: I have no regrets. Things have a way of working themselves out.
87. What are you most afraid of: Execution.