I took a break from work this afternoon to finally do that DIY paintjob I've been talking about doing on my truck — a bat-winged skull, which I think suits the hillbilly-slash-madmax vibe of the truck. I freehanded it on using chalk, and then used automotive masking tape to outline it and masked off the area around it with newspaper, and then gave it a single coat (because I want it to get scuffed up) of gray primer. It's far from a perfect job but I'm pretty happy with how it turned out. I haven't decided yet if I'm going to trace it and do it on the other side as well… 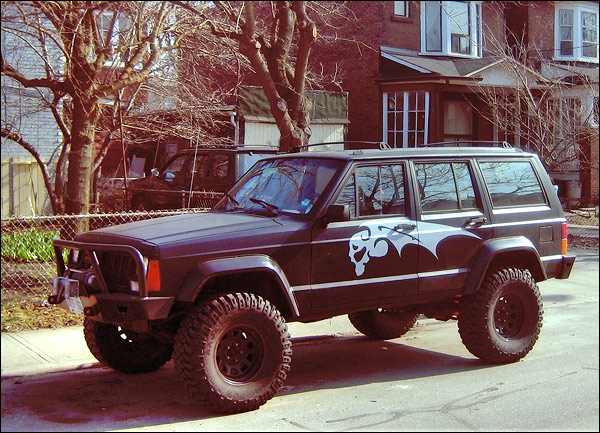 I'm not crazy, I just don't give a fuck

I'm sure everyone has seen this, but it turns out that even if the evil demon asteroid doesn't destroy us in 2036 (a 1/450 chance of ELE), the asteroid will likely be passing close enough in 2029 to evaporate the majority of people into red dust, with the remaining survivors being turned into zombie-like monsters. Click through for a documentary on the disaster. 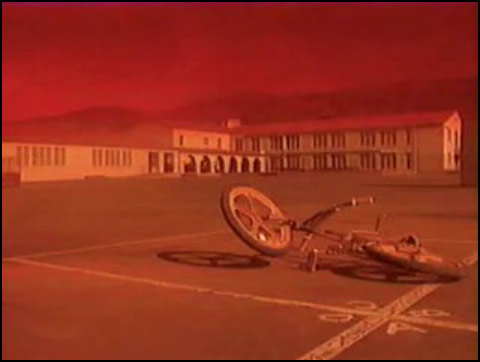 Oh well, it's been a good run.

PS. I'm fixing the April 10th images on BME now. Sorry about that.

Among other activities, we built a giant sand castle today. At least half the time was spent keeping younger kids from stomping through it… 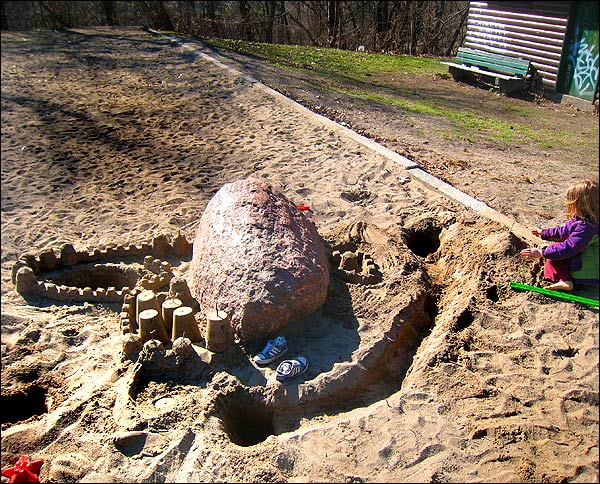 Yay for the return of chalk season. 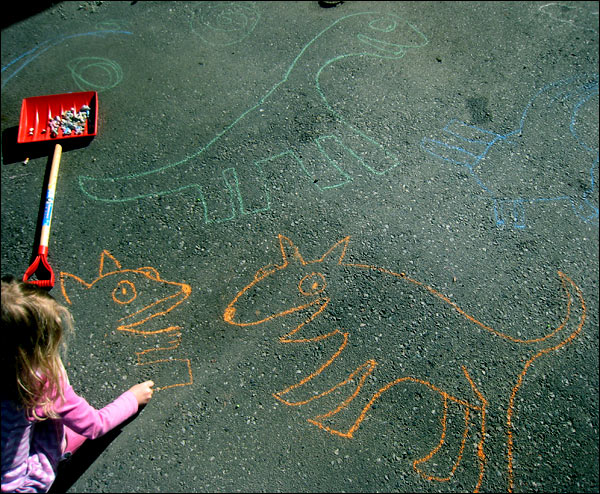 Meg was doing some research and found a quote from me in September 2007's “Art Education” magazine, which I had no idea I had been mentioned in (“Tattoos and Teenagers: An Art Educator's Perspective” by Lorrie Blair). They used me to wrap up the article, which is appreciated and I like the quote they used, but they messed up and ID'd me as a tattoo artist

For many teenagers, tattoos will serve as aides-memoires of their youth. They will make important rites of passages, indicate group membership, and declare love. Tattoo artist Shannon Larratt (2004) insists that people do their homework before getting a tattoo. This homework includes research into tattoo images and locating a professional tattoo artist. In his informative online publication for teens, he wrote:

A bad tattoo is like dirty unwashed clothes that don't quite fit right, but are stuck on you for life — or like an essay that hasn't been properly proofed for spelling and grammar ... It just doesn't communicate its message well. The effort you put into getting a high quality tattoo is a direct reflection of what you think about yourself and how much you care about yourself.

We may not be able to prevent our students from getting tattoos they may later regret, but we can help them recognize that tattoos carry multiple message and that wearing one involves social responsibility.

I also don't think BME should be characterized as a teen publication, haha… But like I said, I do like the quote they used, and definitely appreciate being used to wrap up the article. Tian from Hanzismatter and others are also quoted.