When I was a child, my father bought a large farm in order to allow my brother and I, and later my sister, to grow up in the country. It’s my believe that especially today that’s of incredible importance. I don’t know if the “especially today” part is political — because we’ve become a people with a paranoid obsession with safety (is it worth spending billions on child seats in cars to save five hundred lives over twenty years?) — or if the world actually is a more dangerous case, but the fact is that “freedom to roam” is becoming very much a thing of the past. With this loss, I think deny children the ability to learn to become full adults.

My daughter loves hearing stories about growing up on a farm, and asks me to tell her about all the different experiences and to illustrate them at length — which helps keep all my kooky meals getting consumed. Today I cooked my own version of a Manwhich — a curried rice and fresh veggie dish on raisin bread. People laugh when I use raisin bread, but I figure if you can cook most dishes with raisins, you can serve most sandwiches on raisin bread, right? 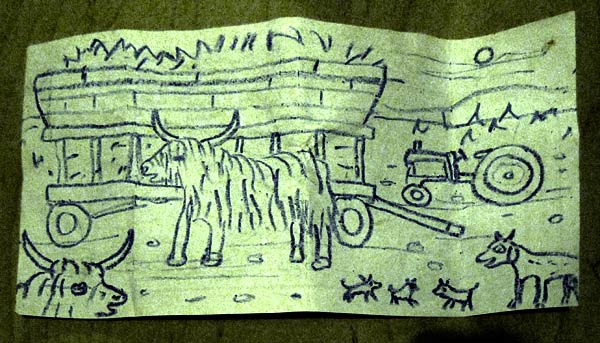 Those are Highland Cattle by the way — wonderful little furry indestructible beasties… She wanted to hear the story about the one-eyed bull (one of his cowfriends poked his eye out by accident at the hay feeder)… Here in the city we mostly have squirrels. I suppose it’s better than nothing, but they’re not particularly exciting. 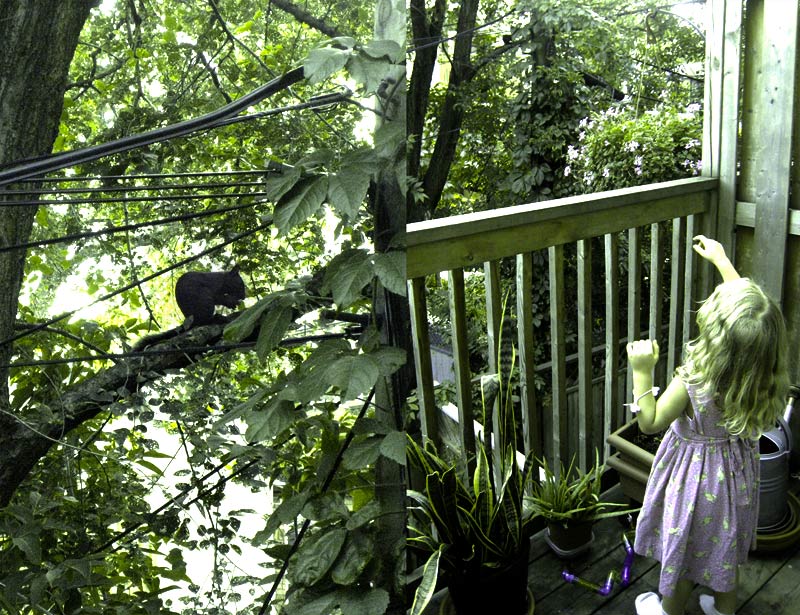 There’s also a fat raccoon — one of many on this block — that appears to live on my neighbor’s porch. He’s quite happy there and doesn’t seem to leave much, and curls up in a little ball in the base of that umbrella to sleep. Not such a bad life… No predators other than the government. 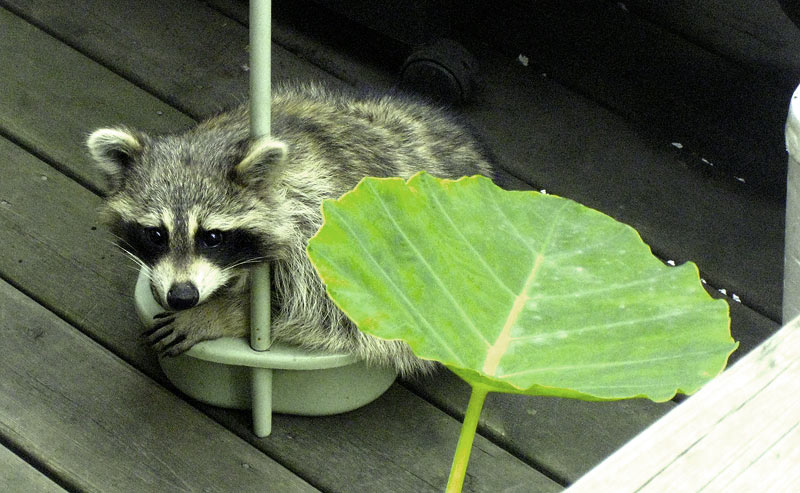