Many of you know about subkultures, a cool community site that uses a similar interface to IAM, as well as the related VJ and video-art community over at Audiovisualizers… Thanks to some hard work by nhbfan, there's a new one over at community.ufighting.com, for those of you into mixed martial arts. If that's your thing, check it out: 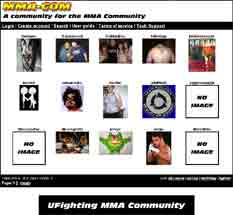 I always love seeing different people's take on a community site (I'm less interested in things like “pure” blogging sites; to me, it's the community element that makes it truly interesting).

I wouldn't recommend these piercings for the obvious health reasons, but have have to admit they're pretty wild (lost more pix in the new update):

So the PCMIA group announced it's new format for expansion cards; the “ExpressCard“, based on the USB 2.0 and PCI Express interfaces. This isn't just planned for notebooks; it's targetted at desktops as well, so basically your computer could be a shell that you plug a whack of these into to give it more or less functionality.

Anyway, is it just me, or are computers going Star Trek? I mean, come on — these things are really starting to look like isolinear chips.

Here are two pictures from earlier:

PS. Isn't this malarky over yet? I can't believe Congress is still refusing to use the word “French” on their menus…

It's a forest fire if you're wondering 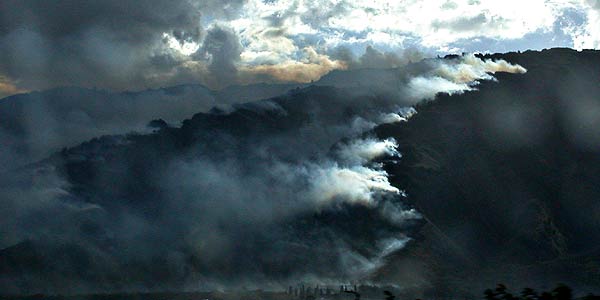 People who read my page know I'm a sucker for custom plates… I own BMEZINE of course, as well as 1X4X9, I CRSH U, L33T, PROGRAMR, NEFARIUS, and GO4SPEED. Maybe others too but that's al I can remember right now. Anyway, the plate on the right belongs to jesse.star, and you've probably also seen The Fog's GUICHE plate.

I was wondering if anyone else had mod-related custom plates (I've seen quite a number at tattoo conventions), and if Jesse and I are the only ones with actual “BME” ones?