I took it from Mishel.


What is your purpose? What's the term in New Zealand? Te Mihaia Hou? Ha ha, that's getting a bit ahead of myself, but I believe my purpose is the creation of a homeland for our people. I don't know if that means things like IAM and BME, and I don't know if it means an actual piece of realestate, and I don't know if it just means converting the rest of the world. But if I could achieve something, that would be it.

What is your ideal job? I don't believe in jobs.

What was the best year of your life? I live day to day. Today is the best day of my life.

Why? Because my memory is fucked.

If you could kill anyone and get away with it, would you? Realistically, probably not. Maybe in the past, but I've learned that enemies frequently become friends and vice-versa… It's not worth killing over.

Who do you like the most? Why? Yeah, that's a vague question. If I could answer that my world would be very small.

How do you feel about yourself? I'm an egotist and a megalomaniac. How do you think I feel?

What's your best quality? I don't know, I'm sure that's easier for someone else to answer. I do my best.

Favorite angry tune? I don't think I have one.

Do you have a clear image of how you want to look? Sure.

What? Like I do now, but not quite so fat!

Are you gonna do it? Probably not, but it would be nice.

I was thinking about potential distribution problems with the ModCon book… As I've made abundantly clear here, it's my feeling that body modification — and body manipulation (ie. ritual) — are ESSENTIAL to humanity's spirit, and, I'd go so far as to say they will be dramatically important in actually saving us in the coming robot-human apocalypse. (I'm only half kidding here, and I'm speaking as someone that has a serious understanding and track record with advanced computing.)

In any case, when religious writings are banned, and maliciously prosecuted, would that be a hate crime? Obviously I'm protected under freedom of press laws, but could I go so far as to countersue — and maybe even demand criminal charges against the prosecutors — if the government came after me? It sure would be an interesting case. I think right now, being online, we're sort of slipping in under the radar, but the publication of a book like this is a real in-your-face position to take with the mainstream.

Did you know that the following are all anagrams of “Body Modification Ezine”?

Driving that Vette (which I love), I really appreciate how well engineered my other cars are. The early Vettes displays some truly frightening handling characteristics at even relatively mild speeds (anything about about 65 mph). I don't think they really figured it out until the eighties… even the aerodynamics are fucked. I can drive the SLK at 100 mph with the top down and I barely feel the wind in the cabin… But even at 50 mph in the Vette if I roll down the window I go through insane buffeting.

But none of that even puts a dent in how much I enjoy this car.

Marty was actually the first person to see the car — he and his girlfriend (I'm sorry, I don't remember your IAM page) stopped by yesterday (getting a preview of the ModCon book, and dropping off some photos for me to scan). His implant looks amazing — one of the most involved and detailed tattoo accents I've ever seen. Then I shot out to Burlington to visit Kerri (and get some advice from her father about upholstery).

When I arrived home some asshole from Ajax had decided to park in my lane, totally blocking access so I couldn't get in to my driveway. I asked my neighbors and no one knew who's it was, so I called the police to have it towed. Problem is that where he was parked was private property… to tow off of private property, you need a signiture from the property owner. The empty lot owners went bankrupt so as far as I know, there's no one that can actually sign. So they couldn't tow him. (PS. That means if you come for a BBQ feel free to use the lot to park in I guess).

Anyway, so I just pulled up the big truck and parked it about two inches behind him, pinning him between the wall and a truck that would damage him severely should he bump it. I locked my doors and went to bed.

No big surprise, but I woke up to my landlord pounding on my door. My landlord is five feet tall, four feet wide, and extremely difficult to communicate with. I'd always assumed that it was because even though he'd lived here for forty years, he'd somehow managed to keep Portugese his primary language. Toronto has a large Portugese community so it's certainly possible. Anyway, one day he was trying to install a new lock and couldn't figure out how to use a screwdriver so I attempted to explain it's workings to him. His son came along luckily and tried to help him in Portugese — same difficulty. In time I've come to the conclusion that he actually speaks English fine, he's just dumb as a rock.

In anycase, he woke me up and was screaming about me moving my truck… I came out and yelled back at him trying to explain what happened. Thank god his son was there who understood and agreed with what I'd done. The guy who'd blocked me had long since left — he'd spent half an hour inching forward and backward to eventually escape. I doubt I'll ever see him again. 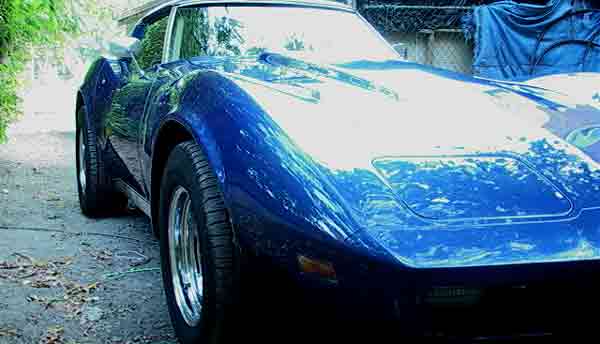