So this is the first weekend of the spring/summer that I've had my camo Porsche 996 on the road. I was going to sell it, but it's just too much fun to drive because it's so fast and handles so well. I've been tossing around ideas about expanding the paint job a little but I haven't come across any ideas yet that I think I'll like long-term. 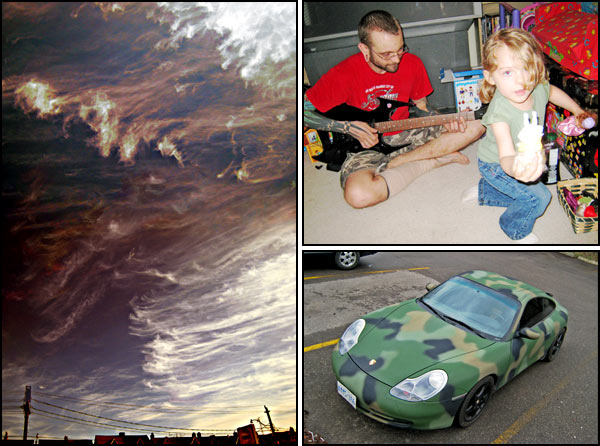 I'd forgotten how funny the car is to drive… Every day a couple people pull up beside it while I'm driving and snap pictures of it. Most people either like it at face value, or at least think it's funny. The best though is people who are stuck up enough to have a problem with it. They really need to get over themselves. Life is supposed to have a sense of humor.

Anyway… Things I've read recently that I thought were interesting…