I was capturing some stills earlier from BARAKA for its entry in the BME encyclopedia (it contains lots of body modification footage). For those of you who haven't seen it, or haven't seen it since it came out (this is the first time I've rewatched it in ten years), it's still a stunning movie: 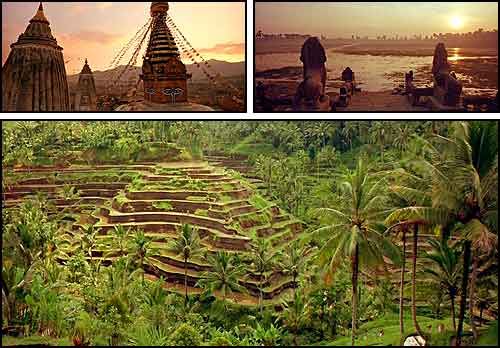 I noticed something interesting though in the Masai (Kenya) segment. Most of the Masai had “perfect” ears as far as scarring, blowout, and so on, except for one guy (it's clearer on the DVD in motion):

You can see that he has that “double lobe” that you get when there's blowout combined with a ring of slightly tighter scar tissue… It's good to know that even in cultures where it's normal, occasionally people get excited, stretch to fast, and face the consequences!

Anyway, I'm getting a lot of work done lately. I think it's in part because of getting an espresso maker for Christmas… As if I don't have enough substance abuse problems already!!! Time to go make another.